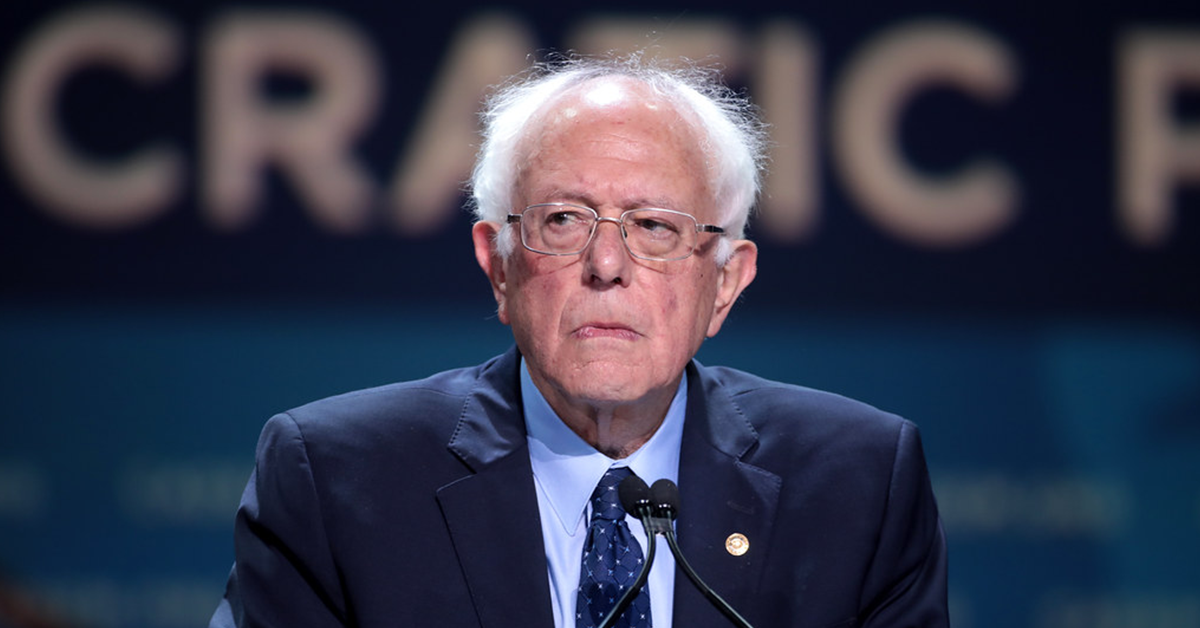 In typical fashion for a self-proclaimed Democratic Socialist, Sanders was obviously quick to praise what some consider to be a success of Communist Cuba, having previously opined that “he educated their kids, gave them health care, totally transformed the society, you know?”

I won’t argue with Sanders that Fidel Castro “totally transformed the society.” But, he should read the accounts of the balseros (rafters) who fled Castro’s Cuba on makeshift rafts, sailing over 200 treacherous nautical miles to escape the Communist regime in search of freedom from persecution in America. Regardless of how wonderful Sanders might believe Cuban Communism was, the people who witnessed Castro’s rule firsthand tell a different story. They tell a story of tyranny and suffering.

The Cubans are not alone in this unfortunate reality of Communism, nor are they alone in being the objects of Sanders’ seemingly undying affection for Communist dictators. Among other flirtations with tyrannical regimes, Sanders is famous for having taken his honeymoon in the Soviet Union in 1988. This frolic through the USSR was sandwiched between two trips to Cuba in 1987 and 1989, after which he vocally praised Castro for “[solving] some very important problems.” In 1985, after visiting Nicaragua, Sanders referred to the leader of the Sandinista Junta, José Ortega, as a “very nice guy” at the same time Ortega was assassinating, kidnapping, or otherwise persecuting journalists, political opponents, Jews, Catholics, Moravians, and the Miskito Indian tribes.

Sanders has also continued this trend more recently. During a CNN Town Hall last year, he lamented that the people of Venezuela are “living in hunger and fear.” When pressed by moderator Wolf Blitzer, Sanders refused to answer why he has consistently stopped short of referring to Venezuela’s illegitimate President, Nicolas Maduro, as a dictator. Even after the Organization of American States formally condemned Maduro for human rights abuses -- including the execution and/or extrajudicial killing of 5,287 people in 2018 and an additional 1,569 by mid-May 2019 -- Sanders has remained unwilling to call a spade a spade because of his long history supporting Communist tyrants. The worst thing Sanders has to say about a mass-murdering despot who rigged elections to stay in power is that he is “undemocratic.”

In one of the most important works in the academic field of Soviet and Post-Soviet Studies, The Black Book of Communism: Crimes, Terror, Repression, Stéphanie Courtois and her colleagues presented the world with the first “balance sheet of our current knowledge of Communism’s human costs.” Courtois posits that “Perhaps a moral, rather than social, approach to the Communist phenomenon can yield a truer understanding.” Sanders prefers to view socialism, and by extension Communism, through a social lens, emphasizing the few successes over the countless atrocities.

As evidenced by his most recent comments to 60 Minutes, Sanders is quick to defend the ideals of egalitarianism championed by his predecessors. Although he has periodically condemned the human rights abuses of Communist regimes, Sanders always seems to find a way to side-step the important fact that his ideology is the direct descendant of Lenin, Stalin, Mao, Pol Pot, Castro, Ortega, and Maduro. He always manages to ignore the estimated 100 million victims of Communism in the twentieth century, and the untold number since. More importantly, his insistence that his brand of Democratic Socialism is distinct from the ideology of these despots ignores the fact that, as Martin Malia wrote in the forward for The Black Book, “Socialists of whatever stripe cannot be trusted to resist their ever-present demons on the far left.”

As Courtois so eloquently stated:

“There will always be some nitpickers who maintain that actual Communism has nothing in common with theoretical communism. And of course it would be absurd to claim that doctrines expounded prior to Jesus Christ, during the Renaissance, or even in the nineteenth century were responsible for the events that took place in the twentieth century. Nonetheless, as Ignazio Silone has written, ‘Revolutions, like trees, are recognized by the fruit they bear’...Communism was supposedly showing its true colors--it claimed to be an emissary of Enlightenment, of a traditional social and humanitarian emancipation, of a dream of “true equality,” and of “happiness for all” as envisioned by Gracchus Babeuf. And paradoxically, it was this image of “enlightenment” that helped keep the true nature of its evil almost entirely concealed.”

What Sanders seems to have consistently misconstrued is the basic fact that radical progressivism requires total cooperation by the country. Inevitably, not everyone is willing to follow the party line. This quickly spirals into a situation where the powers that be must use coercive force to ensure the survival of the socialist system. Thus, all socialists societies inevitably revert to violating human rights to achieve their desired ends.

This is not to say that the United States is free from judgement. The history of slavery and the treatment of Native Americans demonstrate incontrovertably that Communism does not have a monopoly on attrocity. However, the difference between Liberalism and Communism is that Liberalism is based on respect for the individual and thus demands progress. Communism places no value on the individual. In so doing, Communism requires that the people become cogs in the machine of the centralized state, unable to break free from their plight without breaking the whole system, as eventually happened to the USSR in 1991.

In choosing to praise the architects of some of the worst crimes against humanity in history, Sanders neglects the realities of his own ideology. After all, “Communist regimes did not just commit criminal acts (all states do on occasion); they were criminal enterprises in their very essence.” What Sanders advocates is nothing short of the class war that permeated the Communist philosophy. Though he claims to be a pacifist and would never resort to NKVD-esque tactics, Sanders’ insistence that “I don’t think billionaires should exist,” begs the question how far a President Sanders might be willing to go to make that a reality. More broadly, with the massive growth of the Administrative State and Intelligentsia in recent decades, how much more individual liberty would the average American be forced to surrender for the sake of a radically progressive socialist agenda?

During his 1972 failed gubernatorial run as a member of the Liberty Union Party, Sanders told the Rutland Daily Herald that “I don’t mind people coming up and calling me a Communist.” It wasn’t until he ran for the Mayorship of Burlington, Vermont that his tone changed from outright Communism to the more palatable monicker of socialism. The desire to be elected forced Sanders to tone down his rhetoric, but he never toned down his ideology. That has remained firmly rooted in Marxism and the writings of Vladimir Lenin, Nicolás Guillén, and other devout Communist revolutionaries.

Sanders is correct when he asserts that Communist dictators like Fidel Castro “totally transformed society,” but he seems to be viewing such transformation through rose colored glasses. People don’t flee their homes to escape from Utopia; people don’t build rafts from scrap and sail across the Gulf if they are well-fed and receiving “fantastic health care.” While it is impossible to doubt Sanders' conscience of conviction, his ideology has the potential to do far more damage to America than either he or his supporters seem to realize.

Although they may be cliché, the words of Nobel Prize winning economist and philosopher Fredrich Hayek still ring true: “If socialists understood economics, they wouldn’t be socialists.”