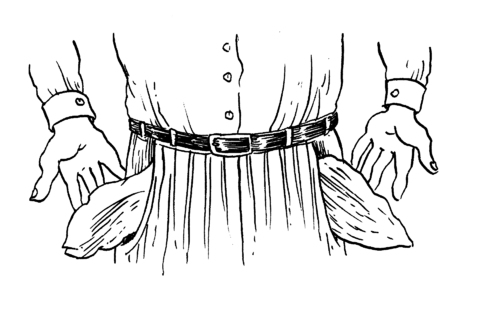 Sunny economic reports are small consolation to those still out of work.

It’s true that many people have a lot to learn about what’s going on in the world these days, but of particular interest was one survey question regarding the unemployment rate. When asked about the national unemployment rate as reported by the government, only a third of people said it was close to 6 percent, 27 percent said close to 9 percent, and 18 percent said close to 12 percent.

From a technical standpoint (owing to the carefully chosen words “as reported by the government” two thirds of respondents got the question wrong. But the truth is, if you actually consider what unemployment really means, in contrast to the government’s official reports, those opting for a higher number actually have a much better grasp of reality than those giving the “correct answer.”

The official unemployment rate as reported by the Bureau of Labor Statistics just dropped, for the first time in 6 years, to below 6 percent. And there was much rejoicing. But what most people don’t know is that this official rate is very narrowly defined, and that BLS also reports a number of other unemployment rates that include discouraged workers, part-time workers who would like to be full-time, and other people marginally attached to the labor force.

The broadest of these measures, known as U-6, is considered by many to be a better reflection of the true unemployment situation. But the government doesn’t publicize this number because every administration has an interest in reporting the lowest number possible to make itself look good. Fortunately for the rest of us, U-6 is available to anyone willing to look, and the most recent number reported is an unemployment rate of 11.8 percent, close to the highest option on the Pew survey, selected by a savvy 18 percent of Americans.

Granted, even U-6 has been falling in recent months, but this is not entirely good news. Even when accounting for discouraged workers, a shrinking labor force - that is, the pool of people able and willing to work within the economy - can drive the observed unemployment rate down, masking the true state of the labor market. For example, some people may be retiring earlier out of frustration, and may not necessarily show up as discouraged.

We know that something strange is going on, because the labor force participation rate, the share of people who want to work, has been steadily falling since 2007. This month, the number dropped to 62.7 percent, the lowest rate seen since February, 1978.

While the media continues to paint a rosy picture of an improving economy, the truth is that the recovery has been far slower than anyone wants to admit. Ordinary Americans outside the Beltway bubble sense this, and it is reflected in their answers to the Pew survey. When less than two-thirds of able-bodied adults are actually trying to work, we should all be worried.