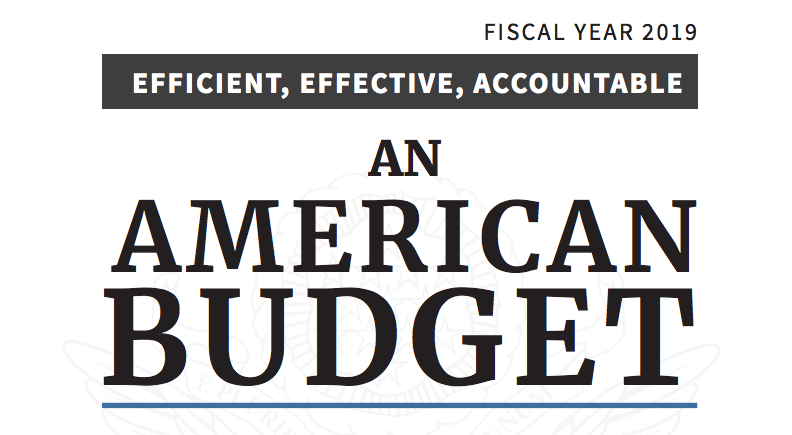 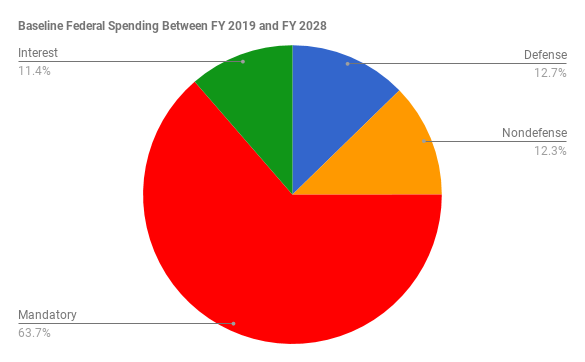 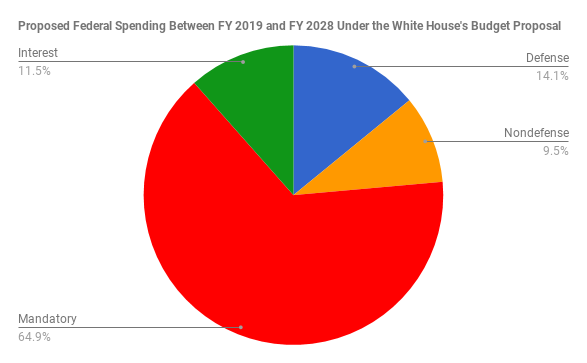 In a letter to congressional leaders from both parties, White House OMB Director Mick Mulvaney explains, "We believe that this level [of nondefense discretionary spending] responsibly accounts for the cap deal while taking into account the current fiscal situation. Spending at the levels included in the cap deal would add an additional $680 billion to the Nation's deficit over ten years above the FY 2019 Budget." He's not wrong about the "current fiscal situation," but it's hard to take it seriously because of the deal the president just signed into law last week that blew through the spending caps, setting a new baseline for discretionary spending. It's actually an insulting comment because of the spending caps deal.

This is problematic because entitlements are the real drivers of federal spending not only in the next ten years but over the long term. Programs like Medicare and Social Security will eventually crowd out other areas of the federal budget, including defense, if Congress continues to kick the can down the road. The passage of the Bipartisan Budget Act is an ominous sign because if Congress can't keep spending caps in place that were agreed to in the Budget Control Act of 2011, how will they possibly get anything done on entitlements, which is the far bigger issue.