Yes, civil asset forfeiture denies innocent people of their right to due process 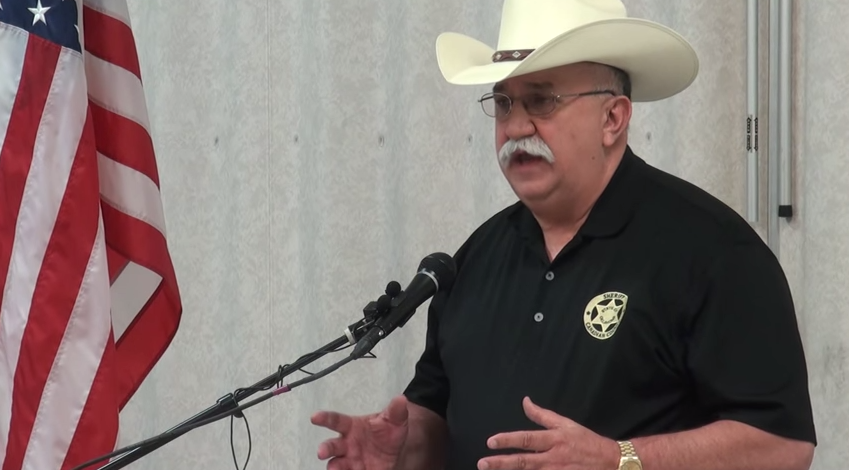 Oklahoma has some of the worst civil asset forfeiture laws in the country. According to FreedomWorks' state scorecard, Civil Asset Forfeiture: Grading the States, the standard of proof the government needs to subject property allegedly connected to a crime to forfeiture is too low and, in an inversion of justice, the property owner, who may never be charged with a crime, must show that the property was obtained through legal means to get it back. Additionally, a perverse profit motive exists, as Oklahoma law enforcement agencies can keep up to 100 percent of the proceeds from forfeitures.

For these reasons, FreedomWorks gave Oklahoma a "D-" for its civil asset forfeiture laws. State Sen. Kyle Loveless (R-Oklahoma City), however, introduced legislation, SB 838, near the end of the 2015 session that would overhaul Oklahoma's dreadful civil asset forfeiture laws. The bill would restore due process and protect innocent people's property. Unfortunately, some law enforcement official are fighting back against the proposal, frequently using hyperbolic rhetoric to disparage the reform effort.

When he introduced SB 838 in May, Loveless explained that civil asset forfeiture violates the presumption of innocence, a fundamental principle of the American legal system, and due process rights protected by the Fifth Amendment. "The issue with the current law is that the owner is presumed guilty until they can prove their innocence," Loveless said. "In America, we are proud of our tradition of innocent until proven guilty. Unfortunately, that’s not the case with civil asset forfeiture. Under current law, the state simply needs to establish a mere suspicion that the property is involved in illegal activity and the owner doesn’t have to be charged with a crime."

Others have noted that the seized assets often come during questionable searches -- including those conducted by Desert Snow, a controversial private firm -- during traffic and drug interdiction stops. Law enforcement will say that probable cause exists to seize property, alleging some connection to illicit activity, and prosecutors will subsequently begin forfeiture proceedings against the property.

Canadian County Sheriff Randall Edwards is, probably, the most vocal opponent of civil asset forfeiture reform. While speaking to a group in Oklahoma City on Monday, he insisted, "We’re not violating your Fourth Amendment rights." Particularly, Edwards is flustered by a provision of SB 838 that would eliminate the profit motive that often drives seizures of property by law enforcement. "The only person who is going to profit from this bill if these funds get taken away from local law enforcement," he said, "will be the drug cartels."

Of course, law enforcement should have the funding it needs to protect and serve communities. That is not in dispute. But these funds should come from local governments and the state legislature; not from proceeds obtained through forfeitures, which could include monies taken from innocent people. Under current Oklahoma civil asset forfeiture laws, law enforcement is incentivized to self-fund, and that could put innocent people at risk.

Edwards' contention that civil asset forfeiture does not violate individual rights is dubious, to say the least. In From High Seas to Highway Robbery: How Civil Asset Forfeiture Became One of the Worst Forms of Government Overreach, FreedomWorks explained how the presumption of innocence -- the roots of which can be found in the Bill of Rights -- is tossed out the window in civil asset forfeiture proceedings. In a stroke of legal fiction, the property is on trial.

If law enforcement wants to go after property connected to a crime, it should build a case against a suspect, charge them, prosecute them, and, if a jury convicts them beyond a reasonable doubt, then go after their assets. That is how due process works. Unfortunately, under Oklahoma’s civil asset forfeiture laws, no one has to be charged, let alone convicted, before seized property is forfeited to the government.

While the Fifth Amendment very clearly states that "[n]o person shall...be deprived of life, liberty, or property, without due process of law," people whose property is taken under civil asset forfeiture are left without real protections because it is the property, not the property owner, that is being judged. It is, of course, absurd to say that inanimate objects can commit crimes, but that is the legal theory behind civil asset forfeiture laws.

Without question, law enforcement provides a valuable service to communities. But that does not mean that they should get what equates to a legal blank check, which current Oklahoma civil asset forfeiture laws provides. There have to be limits, and those limits should be substantive due process protections for innocent property owners.