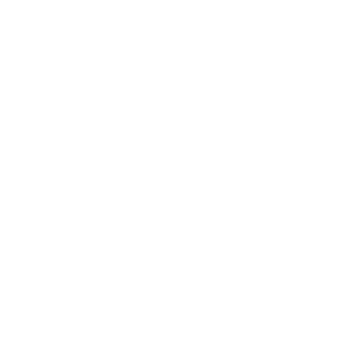 The U.S. Environmental Protection Agency is responsible for some of the most costly regulations on individuals and businesses. There is virtually no limit to what the unelected bureaucrats at the EPA can do, without congressional oversight or approval. The pursuit of alternative energy should not come at the expense of our current prosperity or freedom. Instead, Americans deserve a common sense energy policy that promotes competition and lowers prices.

Key Vote “NO” on the Pelosi Anti-Energy Package

On behalf of the hundreds of thousands of members of FreedomWorks nationwide, I urge you to vote “No” on the “Comprehensive American Energy Security and Taxpayer Protection Act.” This bill would: continue the faulty policy of preventing us from exploring for oil and natural gas in Alaska and in most areas off our coasts; limit energy exploration by preventing drilling within 50 miles of the coast; and impose $30 billion in new taxes on energy production.

< p> East Bend, NC.  On August 26th, the Yadkin County Chapter of FreedomWorks held its monthly meeting.  Over 30 FreedomWorks activists heard from Allen Page, Southeastern Director, asking them to contact Senator Dole's office to ask her to sign Senator Jim DeMint's letter calling for letting the moratorium on domestic drilling expire on October 1.  Bill Garrett, chapter co-leader, moderated a meeting with County Commission candidate Keith Williams (D).  Keith is a self -described conservative Democrat who stated he would not support wasteful spending and would

FreedomWorks Talks Energy at the Wasco County Fair in Oregon

WASCO COUNTY, OREGON. More than 120 people were in attendance to hear FreedomWorks' Northwest Director Russ Walker give a presentation on energy policy and the "Lights on Oregon" campaign.  Two legislators and two county commissioners were among those in the audience, and the presentation enjoyed an excellent reception.

Monday September 1 at a breakfast sponsored by FreedomWorks at the Republican National Convention, Russ Walker FreedomWorks Oregon Director, gave a presentation about energy issues in front of 70 Delegates and guests from Oregon. His address focused on the challenges facing Oregon and the United States and the difficulties energy companies face while trying to construct and site new production facilities in Oregon.

FreedomWorks Oregon’s Campaign for Affordable and Reliable Energy (CARE) is launching a series of radio ads promoting the development of clean, affordable, and reliable sources of energy, in addition to exposing how anti-energy radicals are opposed not just to energy development, but to our modern way of life.

0
08/27/2008
Questioning a Member of the Gang of Ten
"http:\/\/www.freedomworks.org\/content\/questioning-member-gang-ten?social=facebook_share"
null
http://fw-d7-freedomworks-org.s3.amazonaws.com/styles/thumbnail/s3/te_social_media_share/fw_default_0.jpg?itok=35IWEBMb
Press Release

Questioning a Member of the Gang of Ten

These are the pictures I took at the Senator Saxby Chambliss reception in Commerce, Georgia.  There were about 20 people attending. Senator Chambliss discussed for the most part his forming the Gang of 10 and what significant issues surrounded the formation of a plan they intend to present to the Senate on Sept. 1.  They are going to ask for a vote, but he doesn't know if he will get one.

FreedomWorks Joins 60 Groups in Opposition to Gang of 10 Deal

Government policy is driving up the cost and reducing the supply of the energy needed to power our economy.