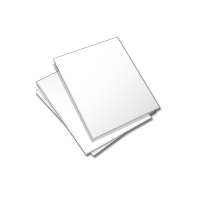 The U.S. regulatory state is out of control. Recent studies suggest the overall cost of U.S. federal regulation is between $1.8 trillion and $4 trillion annually, rivaling the size of some of the largest economies on Earth. History has clearly demonstrated that prosperity cannot simply be willed into existence by government officials. People must be free to innovate and compete, otherwise regulation produces misery. It's up to you to fight back against bureaucratic power-grabs and repeal burdensome, job-killing regulations.

WASHINGTON, DC - FreedomWorks, in conjunction with the Competitive Enterprise Institute (CEI) have issued a combined 2000+ comments in support of a petition to create a new category of consumer dishwashers not subject to onerous efficiency standards. Such standards have caused dishwasher cycle times to increase by roughly 150% on average since the 1980s. The comments period, which was open for several weeks, closed yesterday.

Washington, DC- FreedomWorks celebrates the FCC’s implementation of last December’s Net Neutrality repeal. Chairman Pai’s new directive will promote innovation and competition, both of which are good for consumers.

People must be free to innovate and compete, otherwise regulation produces misery. It's up to you to fight back against bureaucratic power-grabs and repeal burdensome, job-killing regulations.