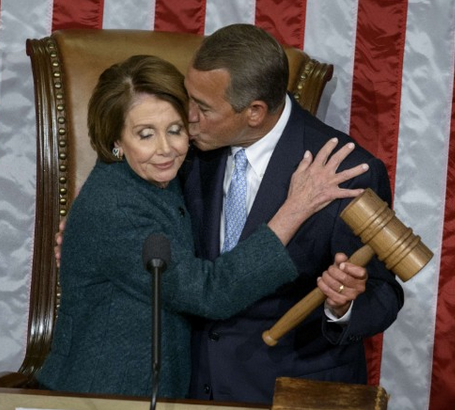 Rep. John Boehner (R-OH) and Rep. Nancy Pelosi (D-CA) along with 390 of their respective acolytes in the House of Representatives passed a “Doc Fix” for Medicare. Apparently, the “Doc Fix" conspiracy intends to permanently change the formula upon which the Federal government pays doctors for Medicare services, which makes senior Americans and doctors are very pleased. According to the plan, the Federal government is giving them more benefits and money. Tragically, two-thirds of the “Doc Fix Conspiracy” will be paid by borrowing money, which increases Federal debt by an estimated $500 billion. Yikes!

The “Doc Fix Conspiracy” is simply politics as usual. Pelosi, Boehner and 390 Members of Congress have again voted to please present voters at the expense of future generations. Have we heard this scenario before? A great economist, Hans F. Sennholz, recognized that future workers will be taxed to pay for the federal debt:

A government debt is a government claim against personal income and private property – an unpaid tax bill.

However, in order for democracy and freedom to excel, Americans must understand that excessive spending and inflicting debilitating debt on future workers is an inherent scourge to all democracies. Until voters – 50 years of age and younger - recognize the damage that is being inflicted upon them, similar conspiracies and debt will continue to diminish their economic and personal freedom.