“Happy is the Man who Learns from the Misfortune of Others” 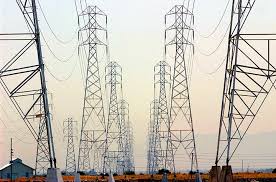 ...or rather the FCC (Federal Communications Commission) has a thing or two to learn from the failures of the Department of Agriculture’s Rural Utilities Service (RUS) as it moves forward with expanding the questionable Lifeline program to broadband.

Making his eighth appearance in just one year, FCC Chairman Tom Wheeler once again went before the House Energy & Commerce Telecom subcommittee earlier this week. Wheeler was present before the subcommittee as part of an oversight hearing to discuss concerns with the Commission’s continuing failures in establishing sound regulatory processes and transparency.

In his opening remarks, subcommittee Chairman Greg Walden addressed amongst other concerns with the Commission’s actions, the risks associated with the unstable expansion of the Lifeline program to broadband. A few weeks back, the FCC rushed a vote to extend Lifeline program subsidies to broadband, essentially providing internet at a reduced rate for people below the poverty line at the expense of taxpayers.

Chairman Walden warned, “[a]ll one has to do is read today’s story in Politico regarding problems over at the Department of Agriculture’s Rural Utility Service to understand why it is essential before any agency moves to spend money it should have tight control and a budget. Unfortunately for ratepayers, in a party line vote, the FCC decided to rush forward to expand the Lifeline program into broadband with little reform and no limit on the spending.”

The story Chairman Walden is referring to is an investigation into the government agency known as the Rural Utilities Service (RUS). This little known agency works to improve the lives of rural Americans; however, it is better known for mishandling several billion dollars of stimulus money, particularly in an attempt to expand broadband coverage to these hard to reach areas. Chairman Walden referenced the RUS as a perfect example of a government entity failing in its mission because it rushed an unstable project with weak policy reform and lack of sound financial budgeting reforms.

Back in September of 2011, Jonathan Alderstein promised on behalf of the RUS, that the agency would work to improve the lives of rural Americans. As a result, the RUS announced that it would use $3.5 billion in aid to expand high-speed internet access to rural areas, ultimately connecting roughly 7 million Americans including schools, healthcare facilities, and businesses.

However, the RUS has strayed from its mission, particularly in its funding efforts and the promise to bring broadband to rural Americans. This comes at no surprise, as demonstrated from its 80-year track record, that “nearly 300 projects RUS approved as part of the 2009 Recovery Act have not yet drawn down the full amounts they were awarded.” Further, “[m]ore than 40 of the projects RUS initially approved never got started at all.”

Investigations further revealed, “[t]he checkered performance of the RUS offer an all-too-familiar story of an obscure federal agency that persists despite documented failures...The massive infusion of stimulus money, which required RUS to disperse record sums faster than it ever had before, further exposed its weaknesses-- troubles that in many ways remain unaddressed, despite repeated warnings--even as RUS continues lending.”

Mark Goldstein, an investigator at the Government Accountability Office commented, “[w]e are left with a program that spent $3 billion and we really don’t know what became of it.”

The moral of the story is the FCC would be wise in listening to Chairman Walden and let the RUS act as a cautionary tale for the Lifeline broadband expansion...or risk the same failures that seem to be inevitable with poorly planned federal giveaways.

One should understand that everything can be used for learning. Failures are given to us to overcome similar mistakes in the future and learn lessons. But some people keep on repeating the same mistakes on and on. It`s sad that many of our officials don`t learn and try to blame others for their mistakes and failures.
https://domyessay.today/research-paper-writing/

FreedomWorks Statement in Response to Passage of Minibus

WASHINGTON, D.C. -- In response to the passage of the minibus spending package today by the Senate and the House, Adam Brandon, FreedomWorks President, commented: