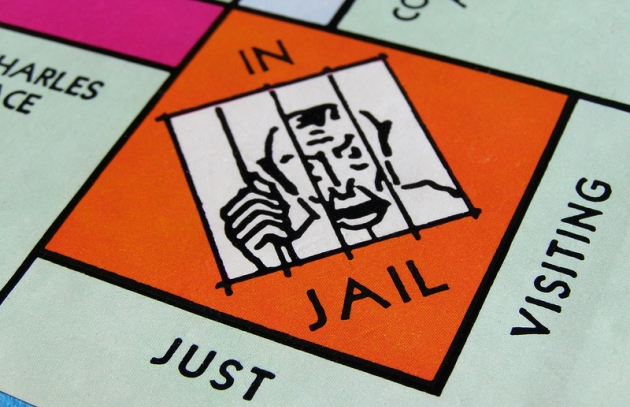 One of the more interesting aspects of FreedomWorks' justice reform project is studying the over-criminalization. It is an issue that many want to avoid, preferring instead to focus their efforts on other very worthy issues like sentencing and corrections reform. Of course, we support these efforts. With 4,500 to 5,000 federal criminal statutes and as many as 400,000 regulations carrying criminal penalties, over-criminalization is a problem, and it is one that does not get nearly enough attention.

FreedomWorks has discussed over-criminalization before. In September, we published a white paper, The Over-criminalization Epidemic: The Need for a Guilty Mind Requirement in Federal Criminal Law, which highlighted the issue and promoted the concept of default mens rea, or a criminal intent provision that puts the onus on prosecutors to prove that someone who engaged in an unlawful activity knew they were committing a crime.

In 2013, the House Over-criminalization Task Force instructed the Congressional Research Service to provide a complete accounting of all federal crimes. The agency, however, was unable to provide the information because, according to Chairman Jim Sensenbrenner, "they lack the manpower and resources to accomplish this task."

The Sentencing Reform and Corrections Act, which FreedomWorks supports, does, in Section 109, touch on the issue. It requires the Attorney General to submit a report to the House and Senate judiciary committees of all federal criminal statutes and federal regulations carrying criminal penalties, as well as the penalties and mens rea, or criminal intent, requirements for the offenses. The legislation also requires the Attorney General make the report available on the Department of Justice website.

Until Congress to passes the Sentencing Reform and Corrections Act, we will just have to settle for Twitter. @CrimeADay, which, as the name suggests, documents some of the ridiculous laws and regulations in U.S. Code and the Federal Register. Whoever runs the account will have plenty of fodder for a very long time.

Today, @CrimeADay will have tweeted a federal crime every day for a year. By some estimates, it will only take ~800 years to tweet the rest.

Here are some of the crazy and silly laws on the books, according to @CrimeADay.

Do not ever call "turkey ham" "ham turkey," or something

That is not the fish-washing faucet!

Just leave your pig at home

18 U.S.C. §1857 makes it a federal crime to knowingly let your pig enter a fenced-in area on public land where it might destroy the grass.

Even the Dread Pirate Roberts?

Just leave your dog at home

What fraud was perpetrated on the public to need this law?

Government takes all the fun out of everything

Let's be honest here, you have to be drunk to skydive

Stay out of the colonies, Harry Potter**

Skateboarding is not a crime!

**Was this actually a thing?

Try to resist the urge to giggle like 12-year-old

Hey, wanna hear the most annoying sound in the world?

Was there some sort of epidemic that prompted this law?

You are on notice, Mother Nature

15 U.S.C. §§330a & 330d make it a federal crime to attempt to change the weather without telling the Secretary of Commerce.