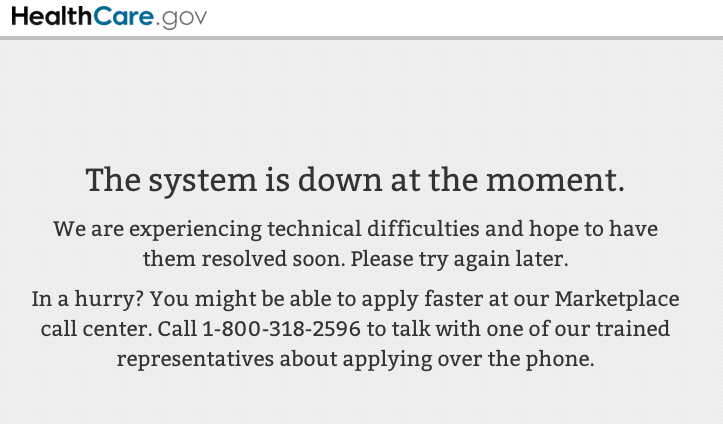 A majority of HealthCare.gov and state-based exchange users say they don't plan to use the ObamaCare exchanges when the second open enrollment period begins on November 15, according to a survey conducted by BankRate.com. Experts surmise that many consumers who bought health plans on the exchanges will auto-renew, which could mean they'll end up paying more for coverage.

The Department of Health and Human Services has committed $1.7 billion to HealthCare.gov, the federal ObamaCare exchange. President Barack Obama promised users a hassle-free experience. "Just visit HealthCare.gov, and there you can compare insurance plans, side by side, the same way you’d shop for a plane ticket on Kayak or a TV on Amazon. You enter some basic information, you’ll be presented with a list of quality, affordable plans that are available in your area, with clear descriptions of what each plan covers, and what it will cost," President Obama said on October 1, 2013, the first day of the inaugural open enrollment period. "And you don't have to take my word for it. Go on the website, healthcare.gov, check it out for yourself."

The first open enrollment period was a disaster. Users experienced glitches and long wait times on HealthCare.gov, and those who experienced these problems were eventually told -- by President Obama, our insurance salesman-in-chief, no less -- to enroll by phone.

The problems with the first open enrollment period weren't limited to HealthCare.gov, which serviced 34 states that declined not to participate in the exchanges. Several states that did create and run their own exchanges -- including Hawaii, Maryland, Nevada, and Oregon -- experienced significant problems.

The administration and state governments may have patched up their exchanges enough to limp through the initial open enrollment period, but 51 percent of users say that won't be back, according to the BankRate.com survey. Those who decide not to shop on exchanges may auto-renew for 2015, says Doug Hough, associate director of the Bloomberg School of Public Health. "With 43 percent saying their experience last time was somewhat or very bad, they're not looking forward to doing it again. That in itself will encourage people to just go with auto-renew," he told BankRate.com. "I predict we'll see lots and lots and lots of auto-renewals."

Consumers who auto-renew may be in for an unwelcome surprise. In June, the Department of Health and Human Services announced that customers who purchased health plans on HealthCare.gov would have the ability to auto-renew for 2015 rather than visiting the glitch-prone federal exchange website to pick a new plan.

Auto-renewal, however, could lead to "large and avoidable premium increases," according to Caroline Pearson of Avalere Health. The reason people may wind up paying more is because of changes to benchmark plans on which subsidies are based, and increases or decreases to family income, which determines the amount of subsidies people receive.

Americans who have participated in ObamaCare have a tough choice to make: Brave the exchanges and an upcoming open enrollment period that Kevin Counihan, the CEO of HealthCare.gov, says could "make last year look like the good old days," or auto-renew and hope that they don't wind up shelling out even more for an already expensive ObamaCare plan. It's not an ideal situation for anyone, but, unfortunately, these are the choices under ObamaCare's big government, top-down approach to health insurance.