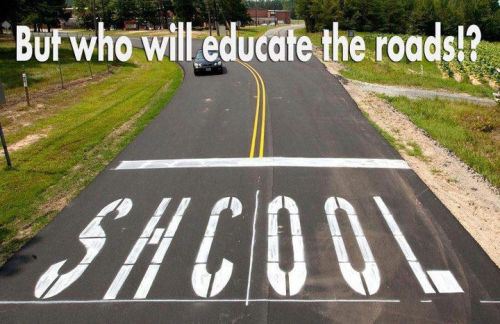 A disturbing example of the type of material forced onto students by Common Core, was in a literature book used to teach 11th graders in Alabama, which was brought to the attention of the Alabama Senate Education Committee when prominent conservative activist Becky Gerritson testified against the implementation of Common Core in her state.

During her testimony, Gerritson, who is also a homeschooling parent, spoke about a book called The Bluest Eye, recommended reading for 11th graders. The story was profiled an 8-year-old African-American child as she encounters "rape, incest, and pedophilia". Other such examples brought to the attention of the public-at-large caused national uproar by parents who were disgusted by the vulgar and inappropriate subjects being taught to their children in public schools.

As more and more parents are beginning to learn about the troubling issues regarding failed education policies and the growth in power of teachers unions negatively affecting the education of students, the option of homeschooling has become a much more ideal solution to education standards forced by the state. As more parents decide to opt-out of the state's control of education entirely, they face the problem of burdensome regulations that throw a wrench in the road for parents.

A Daily Signal article touched on the issue of more regulation. It featured an interview between Genevieve Wood (advances policy priorities of the Heritage Foundation) and her sister, Amanda (a homeschooling parent). Amanda had this to say about why government is so fearful of the rise in students pulling out of the public education system:

"Homeschooling challenges the public education bureaucracy in America that says children are better off with professional educators. The more it grows the more they believe it threatens public schools, education programs at colleges (which grant teaching certificates), thousands of bureaucrats, millions of paid teachers, and billions in state and federal dollars – especially when it is demonstrated how well homeschool students do academically, on a fraction of the yearly budget per student."

Growth in regulation of homeschoolers is on the rise. A Michigan House bill proposed in June would force homeschooled students to see twice a year a “...physician, licensed social worker, physician’s assistant, individual employed in a professional capacity in any office of the friend of the court, school counselor or teacher, audiologist, psychologist, law enforcement officer, marriage and family therapist, member of the clergy, or regulated child care provider.” What adds to the strangeness of the state keeping tabs on children is that homeschooling parents would also be forced to record all meetings, while providing a “signed documentation from the individual meeting with the child.”

This type of intrusion by the government does make it a difficult choice for parents who are deciding as to whether or not they wish to take on the responsibility of homeschooling. The pros of schooling at home, time and time again show, that homeschooled students tend to excel far more academically than their public, and even private schooled counterparts.

According to the Friedman Foundation for Educational Choice, 3 percent of the total school-aged student population are homeschooled. Yet, as that number begins to increase over time, policymakers will most likely begin to add plenty more regulation onto the backs of homeschoolers in order to keep some government control over your children and their education.

Homeschooling is best for kids, no doubt about it. But for those who MUST place a child in a public school, there are consequences to using the words "Opt Out." The only legal word a parent may use while citing SCOTUS Parental Rights Doctrine is "REFUSE" in order to have their children not take tests and assessments. The schools can then not go against SCOTUS decisions which protect their rights to their children's upbringing and schooling.
In many states it is not legal to opt out because the legal theory, Catch 22, is that they never opted in. As a form of stealth jihad schools will send bluff letters stating that parents cannot opt out, words which may or may not be true in their state, but what they don't tell parents is that they can refuse the tests, and even assignments with Islamic indoctrination in them (that is because a Left-Islamic Axis pulls the strings of Common Core as well as writes & publishes the texts and tests, ie Pearson).
It will be a great help to parents to always use the proper verbiage so they can speak properly to their school boards, superintendents, principals and teachers. And that is the all important word, Refuse.