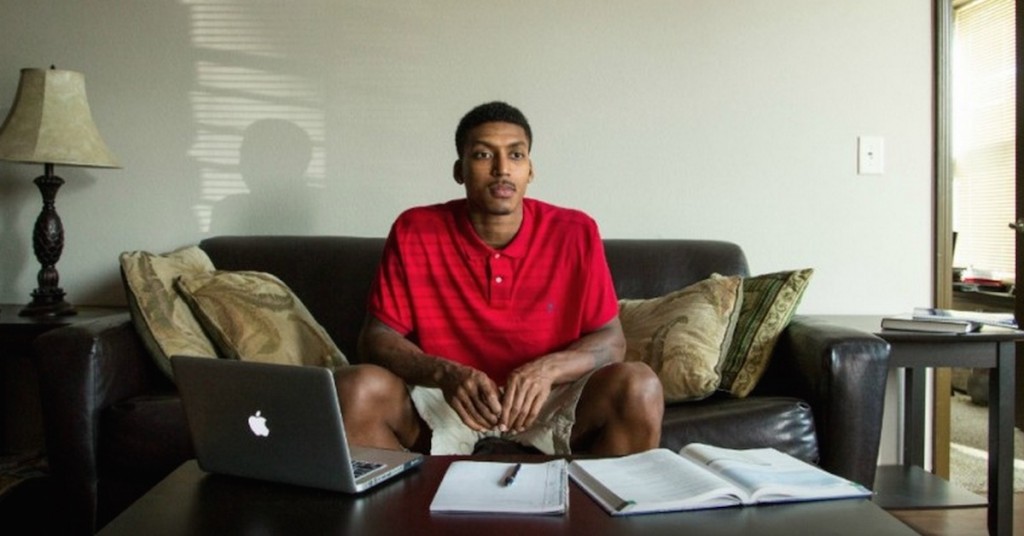 Charles Clarke, after a long trip to visit relatives in Cincinnati between late 2013 and early 2014, was preparing to board a flight back to his home in Orlando when he was approached by local law enforcement working with the Drug Enforcement Administration (DEA). They claimed a ticket agent said his checked bag smelled like marijuana and began asking him about his travel plans because he had purchased a one-way ticket. They also asked whether he was carrying any cash.

Clarke, a young African-American college student who lives with his mother, was visiting his relatives while she moved to a new apartment. Through his job, student loans, and benefits from his mother’s disability, he had saved some $11,000 in cash, which he took him with on the trip to Cincinnati because he did not want to leave such a large sum of cash around while movers were in the home. Clarke planned to use the money for typical living expenses.

Transporting a large sum of cash is not a crime, but law enforcement did not believe Clarke's story. They suspected the $11,000 in cash was somehow connected to drug trafficking and seized it under federal civil asset forfeiture laws, which requires the government to meet a very low standard of proof to begin forfeiture proceedings and forces the property owner, even if they are innocent, to prove that the seized items are not connected to a crime. Clarke, who admits to smoking marijuana recreationally but is not a drug dealer, was never charged with a drug crime.

"They said they got a tip from the ticket agent that my bag smelled of marijuana. I asked them if they searched my bags, and they told me yes and that they didn't find anything," Clarke said in a recent testimonial conducted by the Institute for Justice, a libertarian public-interest law firm that is representing him in federal court. "And to prove the fact that I didn't have anything, I let them search my carry-on [bag]. And they didn't find anything. I didn't have any drugs on me, anything at all, and they still took my money."

"I was scared," he said of his experience. "There was a ton of emotions going through my mind. I didn't know what to do or what was going to happen, I just knew that I was losing my life-savings and that I wouldn't have anything once it was gone."

As the Washington Post reports, the Cincinnati/Northern Kentucky Airport Police and the Covington (KY) Police Department were the two local agencies involved in the seizure of Clarke's money, but 11 other agencies -- including the Cincinnati Police Department, Ohio Highway Patrol, and the Ohio Attorney General's Bureau of Criminal Investigations -- are seeking a cut. "The airport police have requested the lion's share of Charles Clarke's $11,000, at 40 percent. The Cincinnati Police Dept. has requested an additional 6.14 percent of it, with the rest of the agencies requesting 3.07 percent each," the Post notes. "That all adds up to just under 80 percent."

There seemed to be momentum in Congress toward civil asset forfeiture reform this spring, but it has slowed considerably as attention on the Hill, particularly in the Senate, has turned to prison and sentencing reform. Though these efforts are incredibly important, provided they produce cost-savings and get big government out of the courtroom, the need for civil asset forfeiture reform cannot be overstated.

Too many innocent people, like Charles Clarke and Joseph Rivers, have become victims of this pernicious practice. While we are taught from an early age that we are "innocent until proven guilty," a bedrock legal principle in the United States, justice is turned on its head in civil asset forfeiture proceedings. Property or cash seized is guilty until proven innocent by the property owner.

Though some small tweaks have been made to the Justice Department's Equitable Sharing Program, these changes have not been codified into law. Absent a significant overhaul of federal civil asset forfeiture laws by Congress, innocent people will continue to be negatively affected by this area of the law where no meaningful protections for private property and due process exist.

Government and Law Enforcement are using this law to basically legalize theft of property and money for themselves. Greed and corruption has infected both entities to their cores. We must stand up and clean out this corruption now people. They should not be allowed to take your money or property without a proper trail and conviction, period.

Even if he DOES smoke pot, so what?!? I don't necessarily agree with it, I don't even drink, but what does that mean, either? These clowns in our so-called government are only doing this to steal our property and take it for themselves! Enough is enough, restore the Republic now! Get involved!