After 10 Years: Time for FutureGen to Retire

Ten years ago, the United States made an investment in a new environmental idea of clean coal through a cutting edge project known as FutureGen.  FutureGen, a public-private partnership between the U.S. Department of Energy (DOE) and the FutureGen Industrial Alliance, was intended to construct a net zero-emission fossil-fueled power plant. To reduce carbon emissions, FutureGen uses carbon capture and sequestration (CCS) technology to inject carbon into geological formations rather than allowing emissions into the atmosphere. Yet, ten years and two restructuring efforts later, the project has yet to materialize. The precedents set by FutureGen and similar projects should serve as red flags to the Department of Energy (DOE) and federal government picking winners and losers in the field of energy technology.

The FutureGen project was dead in the water by 2008 because the Bush administration’s funding concerns over such a massive project. Yet, in the midst of the Great Recession, President Obama decided to invest a billion dollars in FutureGen 2.0 to revive the failing program. The cost of development pales in comparison to the projected cost for implementing clean coal. Xina Xie, a senior research engineer at the University of Wyoming, ran calculations with Michael J. Economides about the cost of the CCS process, concluding, “the total cost of such an ambitious carbon dioxide geo-sequestration effort could easily surpass $1.5 trillion per year.” Even if clean coal is a fraction of the cost, it would undermine the coal industry. Government funding cannot transform uncompetitive technology into a viable market solution to environmental dilemmas.

Because of the cost of CCS technology, coal plants have resisted the investment. Yet, the Environmental Protection Agency and members of Congress have urged emission standards that require near zero emissions. But the Congressional Research Service in April 2012 raised additional questions on the value of the investment due to the emergence of natural gas. Mandating clean coal would be extremely costly and ignores the emerging role of natural gas in the energy sector. As natural gas becomes cheaper, more available, and emits half the emissions of coal, the market will be more likely to invest in this new resource. Market forces and energy investors have a better record than government regulations and false incentives. 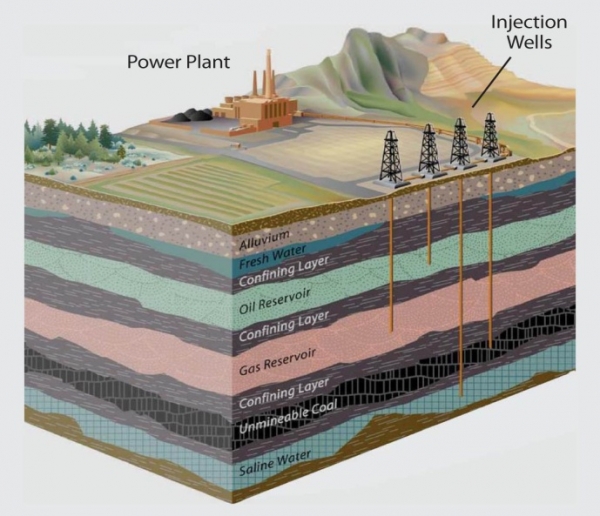 Yet, cost aside, there is little guarantee that carbon capture and sequestration (CCS) technology, which intends to store the emissions underground, will be successful. CCS technology stores carbon emissions deep in porous rock formations. Numerous reports have expressed concern due to potential earthquakes or water contamination which would damage the environment and release emissions into the environment. Curt M. White, who ran the DOE carbon sequestration group until 2005, stated it simply, "Red flags should be going up everywhere when you talk about this amount of liquid being put underground." FutureGen’s CCS project could undermine the whole purpose of the project and instead make the environment less safe.

With the increasing cost and delays of FutureGen, the government should reconsider funding FutureGen.  FutureGen is another failed example of the government picking winners and losers in the energy market. Instead, FutureGen and other ventures should be allowed to compete in the market where investors can gauge the investments for profitable payouts without taxpayers footing the bill. After ten years, it’s time for the federal government to stop playing favorites in the energy sector and allow green energy to compete on its own merit.

If the democommies could not print their own money they would have been out of business by now.

If you think Clara`s story is neat..., last pay-check my daughter basically also earned $5832 just sitting there a twenty hour week at home and their roomate's aunt`s neighbour has been doing this for 7-months and actually earned more than $5832 part-time from their pc. the steps from this website... kep2.ℂom

When the Federal Government desires less of something, they tax it. This is an effective solution to curbing behavior that the government has deemed unhealthy or undesirable. When the government wanted to reduce smoking, it placed high fees upon cigarettes as a deterrent.

Energy costs in the US have been sky rocketing recently due to over-regulation by the federal government and the ever decreasing value of the dollar. Thankfully, there are options to lower the cost of energy such as fracking, the process of extracting natural gas from shale rock. More importantly, 75% of North Carolinian voters support increased access to domestic oil and natural gas resources including energy from shale.

New Podcast: "The green assault on the American economy"

Californians, especially Southern Californians, love their cars, from a big Jeep a la Katy Perry’s “California Gurls” to a slick Mercedes Benz. With such a large number of auto consumers, it seems safe to say that a Californian will know what sort and what priced car is best for him. Yet the California Air Resources Board is working on a new proposal to be unveiled this September that will exhort Californians to buy electric cars. A regulatory agency with unelected members is picking which products are winners and which are losers in the state’s legendary and diverse auto marketplace.

0
07/08/2011
To Frack or Not to Frack?
"https:\/\/www.freedomworks.org\/content\/frack-or-not-frack?social=facebook_share"
null
https://fw-d7-freedomworks-org.s3.amazonaws.com/styles/thumbnail/s3/te_social_media_share/fw_default_0.jpg?itok=35IWEBMb
Blog

To Frack or Not to Frack?

America is feeling the pinch on our energy supply; from expensive water bills to cringe-worthy prices at the gas pump. That pinch may well be turned into a crushing squeeze, due to the Obama administration’s increased restrictions on oil importation, its moratorium on deep-water offshore drilling, and a host of strict regulations on energy companies.