All Aboard… for Cronyism! 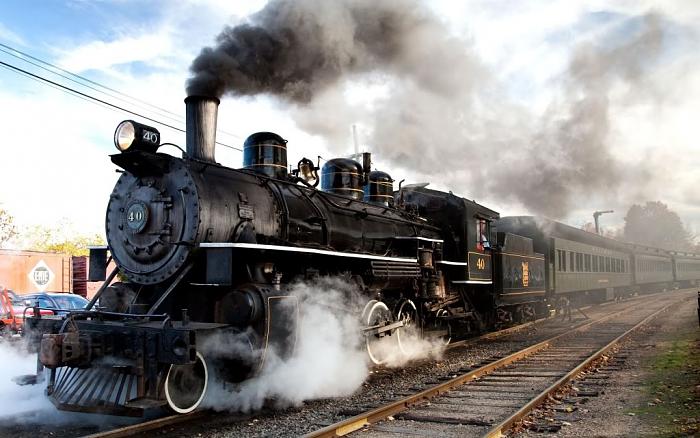 People often criticize capitalism as giving too much power to big business, and use this concern as a justification for more government intervention in the economy. But the kinds of business practices that are most damaging come not from free market competition, but from government-sponsored cronyism, where certain businesses are given legal advantage over others for political purposes.

This is the situation in Florida, where a scheme known as All Aboard Florida would establish a high speed rail system with taxpayer dollars. Defenders of the program argue that, since a private company will be managing the operation, there is no need to be concerned about big government inefficiency and ineptitude, but nothing could be further from the truth. So far, governor has already committed more than $200 million in taxpayer money to fund the infrastructure, with a number of other spending necessity still waiting to receive spending scores.

This amounts to a state-granted monopoly on a transportation system that is not being demanded by the market. As we have seen with Amtrak, as well as countless public transit systems in cities all around the country, a lack of demand and poor planning inevitably result in systems that barely function, while remaining a continuous drain on taxpayers who never asked for these trains to be built in the first place.

It is doubtful that the spending commitments will end with the funds already promised. Already, there is talk of the government issuing sizable loans to the project, and a recent report found that current projects are woefully inadequate from the point of view of public safety. In order to bring the project up to code, we can be certain that Floridians will be obligated to supply additional funds out of pocket, not to mention covering the costs of any budget shortfalls once the trains are up and running.

With a publicly funded infrastructure project of this size, there is no way that the state will allow the business to fail if demand is lacking, which it almost certainly will be. This means further subsidization, and a lack of accountability that blurs the line between public and private management.

Proponents of these type of projects always claim that they will result in job growth and economic stimulation for the community. This is false. When taxpayer money is used to finance a specific project, those funds are diverted away from other potential uses. Early economist Frederic Bastiat famously pointed this out in his illuminating essay “That Which is Seen, and That Which Is Not Seen.” The money spent to build high speed rail (which, it will be remembered, is not wanted by the people paying for it) is not able to be spent elsewhere, such as to fill genuine market needs. When the government picks winners and losers, there is always an efficiency loss, since a central authority cannot anticipate the needs of consumers more than the discovery process of the market. The jobs thus “created” are not only an illusion, but actually represent a loss from the number of jobs that would have been created had the government not intervened. Yet 150 years after Bastiat, we are still having to debunk the same fallacy.

These sorts of public works projects only serve the purpose of politicians rewarding their friends at the expense of everyone else. High speed rail is a particularly attractive project for cronyists to support, because progressives like the way it sounds. Democratic Senators Kay Hagan and Mary Landrieu have supported projects similar to All Aboard Florida in their states.

A group of grassroots activists has organized a petition to oppose the corporate cronyism of All Aboard Florida, and have already collected more than 5,000 signatures. Additionally, FreedomWorks is issuing an Action Alert for our activists to hold politicians accountable for using taxpayer money to support a private company.

Interesting the gist of this article and its criticism given its written on a tea party site, hence supported by a fake party funded by billionaires using the political system to fool people to believe the movement is real, use it to tell one story, then manipulate the political system behind the scenes. Yeah... let's talk about "Cronyism"...

Interesting that you completely FAIL to address the actual topic of this article. If you actually do object to cronyism, then why are you engaging in unfounded straw-man attacks against the organization publishing articles against it? Do you have even a shred of evidence to support your claims? Who are these shadowy billionaire bogeymen and what benefit are they gaining by agitating for smaller government and less cronyism? Meanwhile there are plenty of rich Democrat donors who have benefited from government funding granted as a reward for their political support. For example, 80% of all "green energy" loans and grants in the last 5 years went to Obama donors. So yeah, let's talk about cronyism.

On Wednesday, the House Oversight and Government Affairs Committee held a hearing (more of a grilling) as Mylan’s CEO, Heather Bresch, the daughter of Sen. Joe Manchin (D-W.V.) took to the floor to give a defense of the EpiPen’s price hikes and to receive a verbal smackdown from an assortment of legislators.