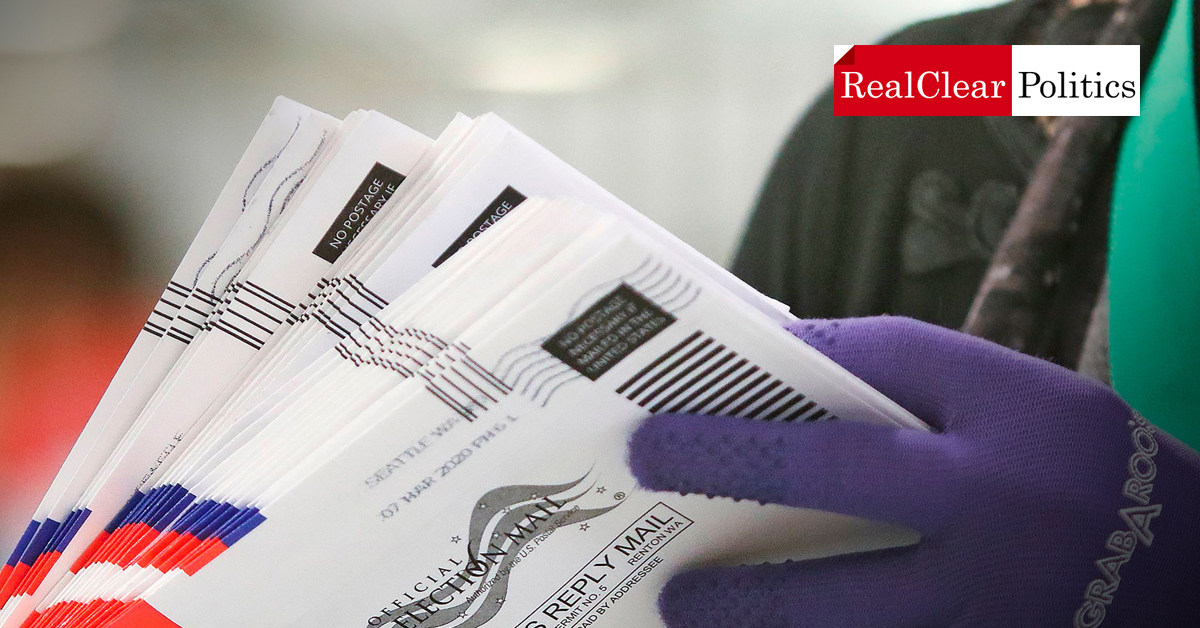 The phrase “Never let a crisis go to waste” has resurfaced recently. President Obama’s chief of staff, Rahm Emanuel, a product of the Chicago political machine, most famously gave Democrats this advice amid the financial crisis of 2008 to push through a laundry list of the progressive agenda. We are seeing the same thing as part of Democrats’ response to the COVID-19 pandemic. This time around, one of the top items on Speaker Nancy Pelosi’s (D-Calif.) list is vote by mail. Democrats for years have been looking for ways to weaken voter laws. They claim it will make it easier for folks to vote. Of course, anyone who opposes Democratic efforts to weaken election integrity is subject to the usual unfounded and meaningless blanket criticisms from the left.

Now Pelosi and Joe Biden are calling for a massive expansion of vote by mail under the guise of a necessary response to the COVID-19 pandemic. This is a terrible idea that will have devastating, long-term consequences for our system of government. Vote by mail is part of a larger push to move the United States away from our republican form of government and toward a direct democracy. Efforts to abolish the Electoral College and stack the Supreme Court are part of the same blatant left-wing power grab.

But aren’t we a democracy? Our constitutional republic is designed to protect the rights of the minority, whomever they may be, from the overreaching majority. It is a check on power. States are to be a check on power from Washington, and each branch of government is imbued with its respective checks and balances. This is the “marble cake versus layer cake” federalism they taught you in high school. Remember, our Founders’ main goal was to protect your liberty from a centralized power. Ben Franklin was famously asked what kind of government the Founders created, and he replied, “A republic, if you can keep it.”

Vote by mail is a gut check in attempting to keep the system of government that has worked so well for nearly 250 years. Albeit not perfect, America’s form of republicanism is a far superior system for protecting an individual’s rights and liberties than in a direct democracy. Moving to a direct democracy takes government further away from the people and moves it to the centralized state in Washington. Vote by mail will likely open up the electoral process to voter intimidation and vote harvesting. The idea behind a physical polling booth is that you alone in privacy can register your vote without fear of reprisal. Vote by mail will deny you that right.

With relaxed voter laws, we are bound to experience more frequent instances of contested elections and voter fraud. This will be great for lawyers, but awful for election integrity. Elections will no longer be resolved at the polls on election night, but in courtrooms over the course of weeks and months. How’s that for a functioning system of government? Vote by mail is a major stepping stone toward a direct democracy. It will centralize power in Washington at the price of the minority rights. Do we really want to empower a Congress whose approval rating consistently polls in the low teens?

We want active participants in the process. This is not too much to ask. Our civic duty is to go and vote. We need clean voter rolls and fair, transparent voting laws. Elections are not about minimizing inconvenience, but a smart remedy would be to make Election Day a federal holiday and issue voter-ID cards. If the Civil War did not stop Election Day, nothing should. Nearly 2,400 years ago, Plato stated in “The Republic" that pure democracy is the precursor to tyranny. Our Founders knew this wisdom, and that is why they left us a republic, to keep.

Adam Brandon is the president of FreedomWorks, which advocates for smaller government, lower taxes, free markets, personal liberty, and the rule of law.