Amazon Is Not "Cheating" on the Internet Sales Tax 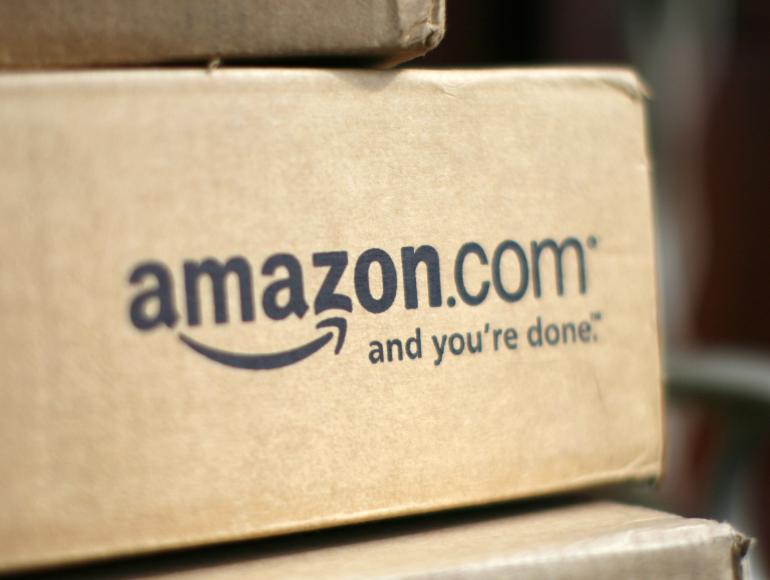 Amazon isn't avoiding taxes, it's trying to impose them on others

The National Bureau of Economic Research recently published the shocking finding that raising taxes on a service causes people to use less of that service. Despite this having been common knowledge to economists and non-economists alike for literally hundreds of years, much is being made of the study, which focuses on how the internet sales tax affects consumers’ use of Amazon.com.

Amazon is accused of “cheating the system” for finding a perfectly legal way to surrender less of its hard earned money to plundering tax collectors. In reality, it is the internet sales tax itself that is truly unfair, not the behavior of online retailers.

States already have the ability to levy taxes on business that takes place within their borders. What proponents of the internet sales tax, misleadingly labeled the Marketplace Fairness Act, don’t tell you is that the law allows states to collect revenue from businesses not located anywhere near their jurisdictions. For example, if a customer in Georgia orders something from an Amazon facility in Alabama, the Marketplace Fairness Act would allow the Georgia state government to collect taxes from the Alabama-based business. It is the equivalent to taxing Georgians for driving across the Alabama border to take advantage of their neighbor state’s lower prices.

In what way is it “fair” for one state to tax commerce conducted in another? The good thing about having separate taxation policies in different states is to encourage competition, which always results in a benefit to consumers. The states are meant to be “laboratories of democracy.” This way, consumers can choose which state they live, work and shop in based on their tax preferences. Similarly, businesses take taxes into account when deciding where to set up shop. If one state can impose its tax rates on another, the purpose of this competition is undermined.

If there’s any area in which Amazon can legitimately be accused of cheating, it’s in their vocal support for the idea of the Marketplace Fairness Act. Why, one might wonder, would they endorse a measure that, according NBER, will lose them customers and cost them money? The answer lies in the pervasive misunderstanding of the relationship between business and regulations.

Most people tend to think of regulatory agencies and private businesses as inherently adversarial to one another. After all, the former is in the business of imposing costly restrictions on the latter. But the truth is that large incumbent businesses often benefit from these regulations in that they have an outsized impact on their smaller competitors, who threaten to overtake them.

Suppose you are the head of a large corporation that manufactures widgets. They may not be the best widgets in town, but you have been making them for a long time and have made enough money off of them to have a crack team of lobbyists, attorneys and accountants. But now suppose that a large number of ambitious startups are beginning to enter the market, smelling the opportunity for profits and keen on improving on your admittedly outdated product. In response, you could trim down inefficiencies, invest in research and development, come up with a better product, and compete to maintain your business in a free market. You could do that, but it would be difficult and time consuming work. A far easier tactic is to lobby for a new regulation that governs the sale and manufacture of widgets. With your superior resources, you will no difficulty in following the regulation. However, your younger, smaller competitors will see all of their initial capital eaten up by compliance costs, until they are unable to enter the market in a competitive way and are forced to give up. In this way, the incumbent uses the regulation to drive out competition and maintain his market power at the expense of price, quality, and quantity to the consumer.

This is why large companies so rarely lobby for deregulation. It is easier to leverage one’s existing position to game the system, than to compete in a capitalist free-for-all, where the only way to succeed is to satisfy the customers better than anyone else.

The internet sales tax is just another example of business cozying up to government to protect it from competition, and the Marketplace Fairness Act is neither fair, nor does it promote a true market. Meanwhile, those companies who are prospering through their innovative use of the internet as a means of commerce should be lauded, not condemned, for their success.

If Amazon attracting customers by avoiding unjust taxes is “cheating the system,” I can only wish all businesses would be so industrious in saving money and passing those savings onto consumers.

Today marks the biggest online shopping day of the year! Dubbed Cyber Monday, millions of people are expected to take advantage of huge sales and mostly sales tax-free online shopping. Unfortunately, though, this could be our last tax-free Christmas shopping season if some politicians get their way.

0
11/18/2013
NDAA in the Senate: Why We Should Be Prepared to Defend Ourselves from the Defense Authorization Bill
"https:\/\/www.freedomworks.org\/content\/ndaa-senate-why-we-should-be-prepared-defend-ourselves-defense-authorization-bill?social=facebook_share"
null
https://fw-d7-freedomworks-org.s3.amazonaws.com/styles/thumbnail/s3/te_social_media_share/fw_default_0.jpg?itok=35IWEBMb
Blog

NDAA in the Senate: Why We Should Be Prepared to Defend Ourselves from the Defense Authorization Bill

The Senate is expected to spend the bulk of the upcoming week on their edition of the National Defense Authorization Act (NDAA), the bill that outlines what Congress is allowed to spend on most aspects of defense for Fiscal Year 2014.  This includes the DoD, some of the Dept. of Energy, Veterans' Affairs, and "Overseas Contingency Operations" (OCO) spending, which is funding for the drawdown in Afghanistan.