To: America - A Political Christmas Tree of Deceit 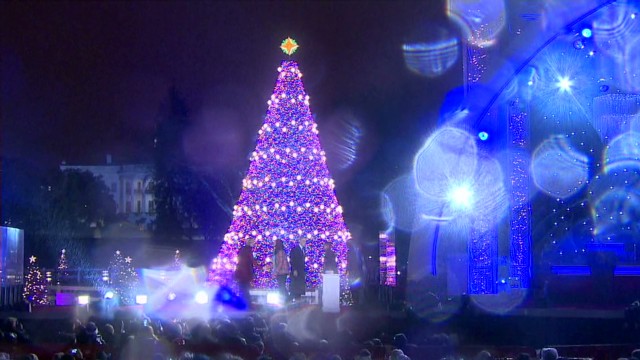 A politician’s speech is seldom precise or logically reasoned. Seeking a favorable image, the politician talks in generalities, exaggerates and obfuscates.

To: America - A Political Christmas Tree of Deceit

A political Christmas tree is a single bill decorated with ornaments of monetary gifts and policy changes, which hopes to entice enough politicians to buy its passage. In a last minute rush to keep the federal government operating, Senators and Members of Congress are making deals, changing policies and spending $1.1 trillion. A bonanza for lobbyists. One of the most egregious gifts given was to Blue Cross/Blue Shield. This health insurance giant received a special bill...just for them. As Yuval Levin reports in the National Review:

“… simply put, a special favor for Blue Cross/Blue Shield allowing them to count “quality improvement” spending as part of the medical loss ratio calculation required of them under Obamacare. And it’s made retroactive for four years, saving them loads of money.”

Immorally, Republicans and Democrats are intentionally obfuscating policies and costs from the American public. A properly functioning democracy must have public debate. Do politicians care about their public and an honest debate? No. When asked about transparency, Speaker of the House Boehner (R-OH) said, "Understand all these provisions in the bill were worked out in a bi-partisan, bi-cameral fashion or they wouldn't be in the bill." In other-words, if there is a bipartisan agreement America does not need public debate and the consent of the governed. Boehner’s obfuscation is only a smidgen smaller than the Democrats “you can keep your doctor” game.

The 1603-page bill has a more complete listing on the Washington Post, but the following are a few exhibits of the range of policy edicts and impacts:

· $500 million to arm Syrian force to fight and degrade and destroy ISIS.

· Stops the EPA from applying their rules to farm ponds and irrigation ditches.

· Cut funding for the Independent Payment Advisory Board – the “death panels” - in ObamaCare.

· Prevent funding of implementing a DC approved legalization of marijuana.

· Continues the moratorium on internet taxes.

· Stop funding to Afghanistan until bilateral security agreement is enacted.

· $2.589 billion for the Food and Drug Administration

· $27 million in new funding for the Food Safety Modernization Act.

· $1,016 billion for The Food Safety and Inspection Service

· Postal service must be open six days a week

· $6.6 billion for Women, Infants, and Children that includes a directive to include white potatoes. The potato lobby has a victory.

· $15 million to save the Sage Grouse. This is an exchange to allow potential oil and natural gas exploration on public lands.

The list of items stuffed in this year's Christmas tree bill goes on forever, and most have had little, public discussion. Sadly, this year's Christmas tree bill is reminiscent of how ObamaCare was passed. Obfuscation and political deals created a monster that critically hurt our economy and health care system. The $1.1 trillion Christmas tree of 2014 is reprehensible politics, harmful to our economy, disrespectful to our political process, and with little or no public debate.

Has F. Sennhoz, a great economist and lover of freedom, understood the intent of politicians to obfuscate and just push through laws. Instead of safeguarding truth and honesty, the state tends to become a major source of insincerity and mendacity.

Insincerity and mendacity must cease. Obama promised to have a transparent administration, and the American people voted for “Hope and Change.” Neither has happened. Come January, the Republican party will have the opportunity to an open and honest debate with America. Tragically, the 2014, despicable Christmas tree is a bad start.