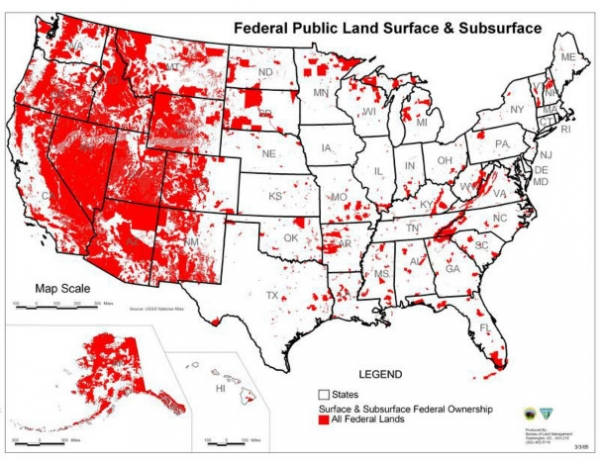 On July 31, a joint press release was issued by Whatcom (WA) County, the Washington State Department of Ecology, and the U.S. Army Corps of Engineers announcing the scope of the Environmental Impact Statement (EIS) for a proposed coal export terminal and rail spur at Cherry Point. The proposed study opens the door for state and federal bureaucrats to decide that global warming impacts, local atmospheric conditions in foreign countries and other non-local impacts can be considered in the approval process.

0
08/01/2013
Oregon - Not As Liberal As You Might Think
"https:\/\/www.freedomworks.org\/content\/oregon-not-liberal-you-might-think?social=facebook_share"
null
https://fw-d7-freedomworks-org.s3.amazonaws.com/styles/thumbnail/s3/te_social_media_share/fw_default_0.jpg?itok=35IWEBMb
Blog

Many outside Oregon have written off the state as a perennial loss for conservatives, owing to its deep blue liberal reputation. This reputation is brilliantly depicted in the IFC show Portlandia, which many Oregon natives view more as a documentary than a comedy. But the politics of Oregon are a much more complex stew of several influences, including a deep libertarian streak and strong conservative values - especially outside the Portland metro area.

For decades, the debate has raged over how best to manage private forestland to promote forest health while taking full economic advantage of our natural resources. The Environmental Protection Agency (EPA), in an effort to appear to be fostering voluntary compliance, has increasingly supported Forest Certification programs. Now, I'm going to be honest with you - before I began researching this concept, I had no idea what the significance was or how it could affect the economy and consumers of wood products.

On May 29, 1973, popular and iconic Republican Governor Tom McCall, famous for his environmental advocacy and anti-development rhetoric (“I urge them to come and come many, many times to enjoy the beauty of Oregon. But I also ask them, for heaven’s sake, don’t move here to live.”), signed into law Oregon's transformational land use legislation that made virtually every land use decision subject to review by state agencies.

0
05/28/2013
The FreedomCast - Episode 33 - The Oregon Medicaid Mess and What Governors Should Learn From It with Avik Roy
"https:\/\/www.freedomworks.org\/content\/freedomcast-episode-33-oregon-medicaid-mess-and-what-governors-should-learn-it-avik-roy?social=facebook_share"
null
https://fw-d7-freedomworks-org.s3.amazonaws.com/styles/thumbnail/s3/te_social_media_share/fw_default_0.jpg?itok=35IWEBMb
Blog

Today on The FreedomCast, Avik Roy joins me to discuss the Oregon Medicaid study how it shatters liberal arguments for more money to improve health outcomes and why we can learn a thing or two from Singapore’s health care system.  More on this subject:

There are times where it doesn't feel good to be right, and this is one of them.

The Perils Of Easy Credit: Oregon's Integra Telecom To Move

"Credit expansion and inflationary increase of the quantity of money frustrate the common man's attempts to save and to accumulate reserves for less propitious days." Ludwig von Mises, in Human Action.