Earlier this year, the Census Bureau released population data showing that the natural increase in population (births minus deaths) dropped below 1 million “for the first time in decades.” Including immigration, the population grew by 1.552 million. Live births declined in 42 states and the District of Columbia. Only eight states experienced an increase in live births. Deaths outnumbered live births in four states -- West Virginia, Maine, New Hampshire, and Vermont.

William H. Frey of the Brookings Institution noted, “This is the lowest annual growth rate since 1918, and caps off a decade that should show the slowest 10-year population growth since the first census was taken in 1790.”

The decline of natural population growth is part of a trend. America’s population is getting older. Our birth rates have fallen to a record low. Year by year, more Americans are retiring, leaving fewer available workers. This was somewhat noticed before the pandemic. At one point, there were 1 million more job openings than available workers.

The CBO looked at these trends in its recently published long-term budget outlook. The projections are subject to uncertainty because the CBO covers 30 years of time. Things may change. That said, the trends are devastating. 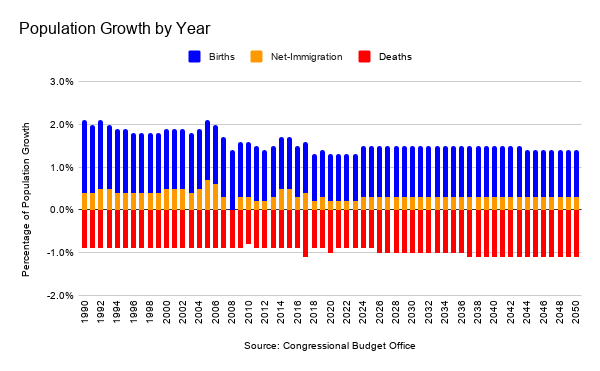 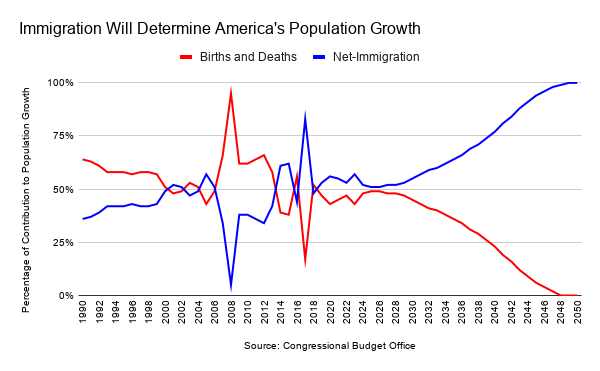 The labor force participation rate peaked at 67.3 percent between January 2000 and April 2000. Obviously, it declined during and after the Great Recession and bottomed out at 62.4 percent in September 2015 but began rising, reaching 63.4 percent in January 2020 and February 2020. 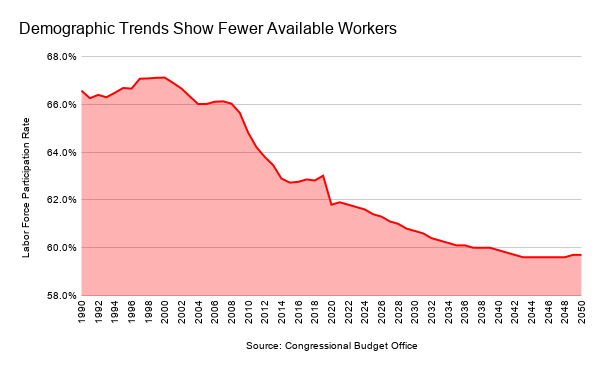 What a merit-based immigration system should look like is a discussion for another post, but we need to begin to recognize the problem that the United States has, which is a society that‘s getting older and not having enough children. It’s the same problem that faces most other developed countries. But it’s one that threatens our long-term prosperity as much as federal spending and regulation.