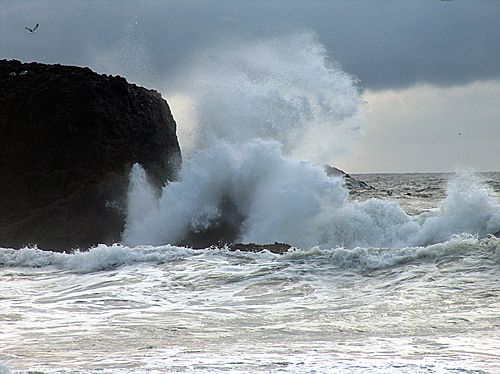 It's rough seas ahead for the U.S. if we can't control our spending.

The federal reserve has kept interest rates at near zero for almost a decade, based on the theory that easy money will stimulate the economy and create growth. But seven years after the Great Recession, the economy is still barely expanding, and any hint of higher interest rates sends markets into a panic. To top it all off, the Fed’s easy money policies have pumped up stocks, housing prices, and student loans to the point where another bubble-burst is inevitable, along with all the accompanying economic pain.

Allowing interest rates to return to their natural level is the only way for the economy to operate efficiently, but there’s a problem. The real concern of higher interest rates is the effect they would have on payments to the national debt.

This amount of spending represents historically low interest rates. If these rates ever rise - and at some point they will have to - that amount of spending will immediately skyrocket, consuming more and more of the federal budget. Even if rates stay the same for the foreseeable future, every year the government continues to amass more and more debt, which means that more and more money has to go towards paying the interest.

This brings us to the upcoming fights in Congress on spending and the debt ceiling. When Congress returns from their August recess, they will begin working on a government funding bill. John Boehner has said that he wants to break the spending caps - the only real restraints on spending we’ve seen in years. But we can’t just keep spending, we have to stop.

Congress cannot be allowed to continue racking up debt indefinitely. Sooner or later it will ruin us as a nation. That’s why it’s important to take a stand and stop endless spending this fall. If we keep kicking the can down the road, our children may not have a country to inherit.