Another ObamaCare Victim: Young, Healthy, and Priced Out of Her Health Care Plan

We are not even two weeks into the implementation of the state exchanges, which are part of the president's signature health care law, but even long before now millions of Americans began finding out that they cannot in fact keep their health care plans. 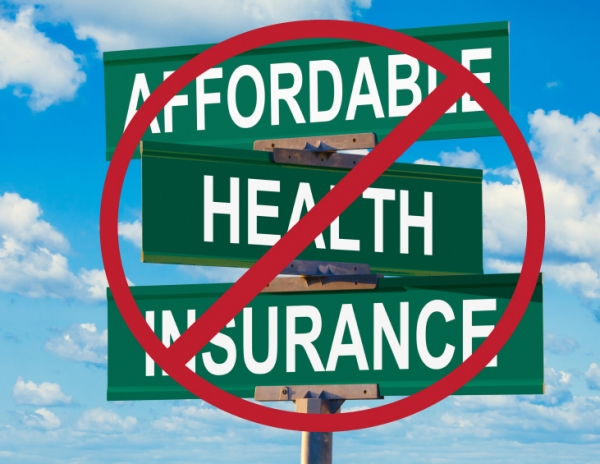 Today, I was contacted by another victim of ObamaCare. Her email to me simply stated "I do not get to keep my plan."  She enclosed a copy of the letter she received from her insurance company, BlueCross BlueShield, explaining that her plan was no longer going to be available since it was not in compliance with the ACA.

The options posted today are far less affordable than what she had before. For a plan covering much of what her previous plan covered with a $3500 annual deductible, she will now pay $180 a month.  Just a few short months ago she paid $350 every three months for a plan with more coverage and a $1500 annual deductible.  The cost increase is a staggering 95.1 percent.  If she actually gets sick or has to go to the hospital, she could be paying $5,660 a year, that's $2,760 more than the year before.

"I can't afford that," she responded when I did the math with her during our phone interview.

"That's almost 15 percent of my take home pay.  I'm going to be paying almost double for a plan I doubt I'll even use. They told us this law was going to help insurace be affordable. They lied. I'm being responsible and paying for my own care and I don't know how long I'll be able to afford to do that now."

She's a 32 year old healthy female with no pre-existing conditions, and has been paying for her own health insurance since she graduated college.  As a research assistant who works on contract, she does not have an employer sponsored plan.  She shopped for the plan that best fit her needs, and her budget, and she had one, but now it's gone.

ObamaCare is hurting the very people it was supposed to help. ObamaCare relies on the young and healthy to buy plans they may not even need and can't afford, in order to subsidize the costs of health care for older, sicker Americans.  Even if she signs up for a state exchange, there's no guarantee the subsidy (around $30 per month) will come anywhere close to covering the increased costs.

When asked during the interview if she'd continue paying for her own care she responded,

"Look, I want to continue to be responsible and pay my own way, but I'm only going to be fined $95 if I don't have health care right?  I can also opt in after I'm sick because they can't deny someone with pre-exisiting conditions.  Who would pay these rates for insurance they may never need?"

Exactly.  ObamaCare is filled with perverse incentives, and yes, incentives matter.  Instead of crafting health care legislation which increased competition, reduced costs and offered high risk pools for those with pre-existing conditions, Democrats in Congress passed a law that raises rates and encourages people to make less money in order to get free goodies from the government.

"ObamaCare is hurting the very people it was supposed to help." is a lie.
ObamaCare was designed to provide a windfall to the insurance companies, mostly just to get them on board promoting the disaster, and to provide another perk for illegal aliens, and to keep the welfare voters fat and happy.
Nothing in the Affordable Care Act is affordable for the vast majority of working Americans nor do they care.
Obama is a small power-hungry man that found a way in one fell swoop to control all of the people and 1/3'rd of our economy.
If any thought had been put towards such a massive undertaking it would take at least a year to come up with a workable and affordable law. With this not being the goal they threw everything anybody said, in the middle of the night thinking most Americans were asleep and wouldn't know what happened while they were dreaming, into a database program and then hit print.
They, the law makers, didn't know what was in it because every single idea any one of them said was in it somewhere, and they had to pass it so it would be printed in a readable format so they could see what was in it.