Another One Bites the (Fracking) Dust 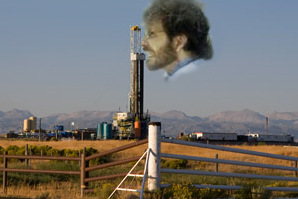 ; the air is thick with toxic smog, and those few who dare to venture outside the safety of their ventilated homes sway, their lungs battered by the noxious chemicals poisoning the air. Such a scene is straight out of an apocalyptic B-movie. Yet environmentalists would have you believe that hydraulic fracturing (‘fracking’) morphs towns into gas chambers. Not only do these hysterical claims about drilling for natural gas ring false, they are blatantly incorrect according to the new, much anticipated air quality study in a fracking rich town, Fort Worth, Texas.

The report is considered to be the most comprehensive study regarding the effect of gas drilling in urban areas. The Massachusetts-based Eastern Research Group (ERG) carried out the $1 million study, on behalf of the Fort Worth City Council.  ERG tested 388 natural gas and gas transport sites.  The group included 1,000 active wells and 1,200 storage tanks in the study.

The study has confirmed that fracking has not caused any negative effects on the air quality or the health of the citizens in Fort Worth, Texas.  Even though, like any other form of technology, the drilling is still subject to occasional maintenance needs, the rigs have given no cause for alarm.  Ninety-eight percent of the emissions emanating from the drilling operations are composed primarily of low-toxicity gases.  Most importantly, the ERG study found that “the measured and estimated air pollution levels did not reach levels that have been observed to cause adverse health effects”.

In short, the far left has no scientific evidence to oppose fracking. The “bottom line finding“ of the ERG’s study is that the emissions from natural gas operations do not cause any substantial health threats. Dan Simmons, the director of state policy at the Institute for Energy Research, has concluded that because the study thoroughly stamps out any fears of possible air quality contamination, “environmental activists must be opposing natural gas production for reasons other than justifiable human health concerns”.

Fracking operations in the Barnett Shale formation have boosted the Texas economy, yet environmentalists are working to ban this safe and profitable practice. The vast quantity of natural gas locked in underground shale formations – around 327  trillion cubic feet in the Barnett play alone - shale formations is enough to last the United States four about a century , according to various geologists. The industry has created thousands of jobs in North Texas as well as bringing in millions of dollars in revenue for local government and school districts.  With the burgeoning economy in North Texas from the fracking industry, West Texas could have a similarly bright future. After West Texas was hard hit in the 1980s due to an oil crash, the economy could use fracking’s helping hand to get back on its feet. With a vast amount of the Barnett Shale  in West Texas, it too could soon attract thousands of jobs and millions in revenue. Why should a radical fringe group prevent a safe and highly profitable industry from breathing new life into several economies? As the ERG study proves, environmentalists have no proof that fracking poses health risks; but it does show their fierce determination to make a profitable industry bite the “fracking” dust.