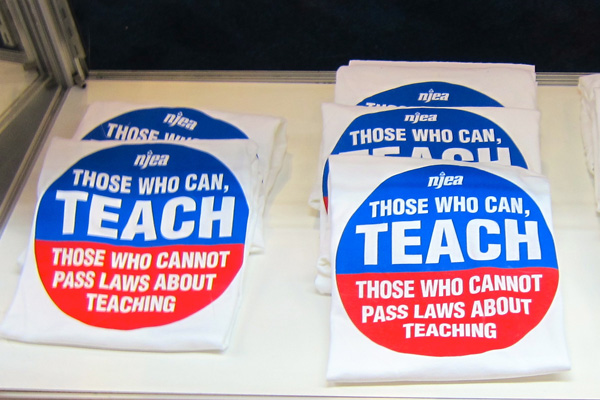 Now, another union is coming out against the standards. The New Jersey Education Association (NJEA), which represents nearly 200,000 teachers, is arguing that a parents should have the right to opt their children out of the Common Core aligned testing requirements known as PARCC.

This comes partially in response to recently released poll results, showing massive resistance to testing requirements among parents. 80 percent of those surveyed said that testing takes away valuable instructional time, and more than 70 percent favored reducing the use of standardized testing.

The NJEA is preparing draft legislation to oppose Common Core, allowing New Jersey to join the half a dozen states already filing education freedom bills this year. Once the text of this legislation is released, FreedomWorks will review it and add it to our list of state efforts to repeal Common Core.

The fact that parents, students, teachers, and even unions are uniting in their opposition to these damaging standards and efforts to see them rolled back. Protecting the welfare of children and the rights of parents is not a partisan issue, and it bodes well for the future that people of different political beliefs are willing to work together to bring student-centered education reform to America.