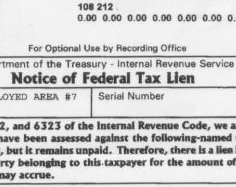 April 15th – Tax Day – is going to be another not-so-fun milestone for hundreds of thousands of ObamaCare’s beneficiaries. The paperwork to comply with the law’s individual mandate is already going to be an annoyance to all who file taxes, but those who receive subsidies to help pay for their health insurance could be in for an especially rude surprise.

Anyone whose income is under 400 percent of the Federal poverty level is eligible for subsidies to help them pay for their government-mandated health insurance. Because the amount of the subsidies is based on income and family status, differences in the numbers reported to the exchange and those reported in the later tax return could result in filers being required to pay back some or all of their subsidies. USA Today notes: “Some married couples could owe $600 or $1,500 or $2,500 or even more. It might feel like a raw deal for some who are already suffocating under the escalating costs of health insurance.”

Of course, as Patrice Lee from the Independent Women's Forum observes, "In many instances, this will be a richly-deserved outcome for those who lied about their incomes." Because the exchanges have no ability to verify the incomes reported by people applying for subsidies through the exchanges, people could easily under-report their income in order to gain a larger subsidy. In some scattered cases, individuals may have even been encouraged by their ObamaCare "navigators" to commit this kind of fraud.

But a huge number of others who will have to pay back their subsidies will be those who may have simply failed to properly report one of the many "income and life changes" that can cause their subsidy level to decrease. This unwelcome surprise for many may come on top of a second year of increasing health insurance premiums, and on top of the fact that many of the ObamaCare-approved plans come with higher deductibles than many comparably priced plans pre-ObamaCare.

Regardless of whether they are tax cheats or innocent bystanders confused by a complicated new system, those whose subsidies will be deemed overpaid will be forced to answer to the merciless collectors of the IRS. And many will likely begin to wonder how affordable their new health care really is after all.

The anti ACA propaganda never stops.
The whole article was a lie.

The ACA (Obama care) is the best piece of legislation to come out of the congress in 50 years. It is the 1% and the racist bigots who hate Obama that are against it.
Ask the 20+ million people who it has helped get insurance about how bad it is.
(20+ million are the enrolls, those who have received expanded Medicaid, and those who have bought insurance on the open market who were previously rejected because of preexisting conditions.

And another one of the American Voters Gruber was talking about weighs in.

How about you speak to the millions who were uninsured by this piece of legislation and re-insured at higher premiums and higher deductibles? Oh, wait. We already know the answer(s) you'd have for that….they were too stupid to know that the plan they had before was terrible and what they've got now is soooo much better than they had before.

How about you speak to the millions of young middle class who have been priced out of insurance plans now offered by their employers due to the new regulations the ACA put on the plans they could offer….both of my adult children and their families HAD insurance but no longer do. They don't qualify for Obamacare because the Obama Administration decided for them that they COULD afford any insurance premium that didn't total more than 9.5% of their income - even though out here in the real world, they can't. So they are now uninsured….but hey, somebody else who wasn't insured in now insured so it's all good right? Too bad they couldn't rely on the President's "promise" that they'd keep their plan, their doctors, and save $2500 per year.

How about you talk to the employees at all those rural hospitals that have lost their jobs because the hospitals have shut down due to the costs of Obamacare regulations? Don't worry about those folks right? They (and their patients) can just drive further to get to work (or to get treatment).

Oh and let's just ignore the fact that we haven't even seen the loss of plans when the Big Business Mandate takes affect - something that Obama had delayed until AFTER the 2014 election….how much do you want to bet the Democrats will be screaming at him to delay it until after 2016 so that you all can vote for Hillary first?

The pre-existing conditions situation could have been addressed without uninsuring the insured and putting 30% (the Obama Administration's own number) who were insured on the uninsured rolls due to being priced out of the market.

The Medicaid expansion could have been done without overhauling 1/6th of the US economy and causing the redefinition of the full time work week from 40 to 30 hours….

Keep on spilling the propaganda. Trouble for you is this….the ACA is now something that the "stupidity" of the American (Democrat) voter has allowed and is now being experienced by real people. It is no longer that compassionate "hey, wouldn't it be great if we could insure the uninsured" emotion….real people have lost their plans, their doctors, their treatment centers. Real people have had their work hours cut to under 30; real people are paying higher premiums and higher deductibles. Real people realize they were lied to.

Just when I thought all the rats had deserted the ovomitcare s(t)inking ship, here comes another one that-of course-hides behind the computer monitor with a 'handle'!!!
Unsure when you were served the koolaid my friend, but it IS toxic!!!
The reported number of 'enrolees' was greatly inflated-as you know, and the actual number that will eventually qualify for the 'subsidies' is far lower than the lib-dem supporters will admit.
'20 million' helped? How about asking the 20 million you claim have insurance now that didn't before ACA?
And don't forget to ask them if they can afford to pay for the premiums, Dr visits and prescriptions!!!
The bottom line is ACA has done not one thing to help American citizens!
It HAS raised the cost of health care for all-much of it due to higher costs to insurance companies and Physicians to comply with the ACA!
We haven't even BEGUN to see the lasting negative effects of this "best piece of legislation to come out of congress in 50 years" kanawah!!!
Maybe you should crawl back under whatever rock you've been living under and leave intelligent statements to the adults...

Just because people now "have" insurance...does not mean they can afford to use it.