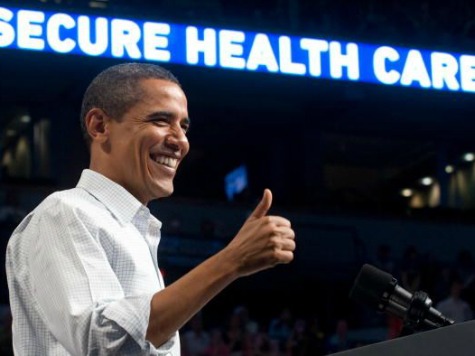 The 16 states with ObamaCare exchanges have each had access to hundreds of millions of dollars in grant money from the federal government to help establish a successful marketplace. And yet, many are finding themselves struggling with high deficits and low enrollment.

This has led the Inspector General of the Department of Health and Human Services (HHS) to issue a warning that states may be using the federal grant money illegally. Section 1311 of the Affordable Care Act not only requires state exchanges to be financially self-sustaining this year, but it also prohibits states from covering any operational expenses with the federal grant money. But since states are facing such dismal financial conditions, the Inspector General suspects that some states have no other alternatives to keep their exchanges afloat.

California, for example, received a whopping $1 billion in “Exchange Establishment Grants,” but still faces a huge deficit and low enrollment. In total, states with an exchange received $3.9 billion in these grants for the sole purpose of achieving self-sufficiency, but at least half of them are facing severe financial conditions.

In other words, it’s clear that some states will violate the law by failing to become self-sufficient this year. It’s also likely that many of them are currently violating the law by using federal grant money in order to keep their operations funded.

Given these facts, none of the 34 states currently using a federal marketplace should even consider setting up their own. After all, the law prohibits federal grants from being made available to states after January 1, 2015. So, whereas the other states had access to $3.9 billion in federal establishment grants just to get their flimsy marketplaces off the ground, these new states would have to do so with virtually nothing from Washington DC.

And yet, there are already people urging states to set up an exchange if King v. Burwell strikes down federal subsidies to enrollees in federal exchanges. They argue that these subsidies are essential for individuals and that the only way to keep them is for states to have their own exchange.

These arguments totally overlook the fact that state exchanges are likely resorting to illegal methods (knowingly or not) just to fund their exchange’s everyday operations. In other words, setting up an exchange hasn’t exactly been the stroll in the park that these proponents like to convey. For instance, Oregon's exchange was so terrible that they passed legislation to get rid of it, and several other states appear to be on the same exact path.

The best way to fix ObamaCare is to repeal it outright. If King v. Burwell results in more states establishing an exchange, then outright repeal will become virtually impossible.