The coalition of hospital lobbyists, insurance companies, and political operatives who pushed through Medicaid expansion under Obamacare in Arizona have a repeal fight on their hands.

Over 300 grassroots activists came together on Saturday in Phoenix to kick off a petition drive to put repeal of Governor Brewer's Medicaid expansion plan on the ballot. If successful, the drive will showcase the power that comes when principled conservatives organize inside a political party. 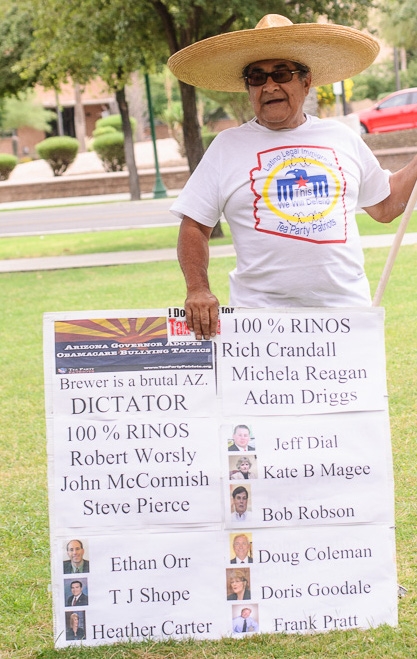 Medicaid expansion is bad for Arizona.  The state's plan is to accept federal money for Medicaid, which allows hospitals to charge more. The state taxes the hospitals, using the money to pay for its share of the Medicaid burden.

That plan will only work if the federal government continues to fund the new recipients, and doesn't decrease that funding in the future.

The program has been shown not to improve enrollees' health, and it would be wise for reform-minded politicians not to spend more money on expanding a broken system.

Unless the expansion is repealed by the voters via the ballot initiative, Arizona will be accepting federal money to enroll people in Medicaid who make between the Federal Poverty Level (FPL) and 138% of the FPL. The money doesn't go to enrollees, however. It goes to hospitals and other Medicaid providers.  The state taxes those providers to pay its portion of Medicaid.

This gaming of the system drives costs, and the federal deficit, into an upward spiral, enriching hospitals to be paid by current and future generations of taxpayers.

LaFaro: "... or any of the other crony capitalists-- Peter Burns III -- they're just trying to dissuade the public on this, and it's not going to work. It's not going to happen. Our people are energized.

Reporter: I guess people are energized. Getting 200 people out here to roast in the sun ...?

LaFaro corrected the reporter's guess at 300.  One of the lessons the grassroots and tea party activists learned is always to have someone assigned to take a count of your turnout.

After the petition forms were distributed, activists went back to their respective legislative districts, with PCs and volunteers on how to canvass for petition signatures.  This short video just gives the scene:

When elected officials take actions that are out of step with the will of the voters, the best way to influence them is through the party that gets them elected. In Arizona, conservative groups are testing a model of cooperating for political action inside a party structure. Whether they are successful or not in Medicaid repeal, groups outside Arizona would be wise to emulate them.

Good job on this, Loren. Stay on them.