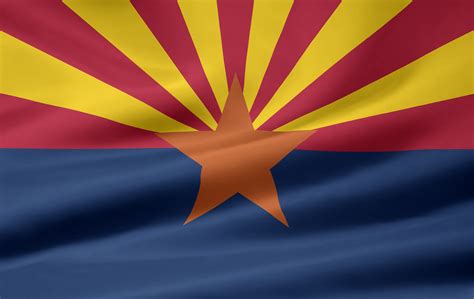 Instead of promoting pro-growth, market-based reforms, Arizonans may very well implement a tax hike via a ballot proposition in just a couple weeks time. Proposition 208 will be put before Arizona voters on November 3rd. The ballot initiative would enact a 3.5 percent income tax, in addition to the existing income tax, on income above $250,000 (single filing) or $500,000 (joint filing). Tax hikes are always a bad idea. During an economically draining pandemic, they are especially foolish.

It’s important to note that this 3.5 percent increase is not a small sum. The existing top income tax bracket in Arizona is 4.50 percent. An additional 3.5 percent is almost a doubling of the status quo. This will surely stifle innovation and investment in Arizona at a time when it (and all other states) clearly need it the most. To approve such a ballot measure would be political malpractice.

If enacted, Prop 208 would vault Arizona into the top 10 of highest taxed states in the nation. The price tag, all told will be just over $1 billion, borne primarily by small businesses and entrepreneurs. This will be the same severe deterrent that has led to an exodus from blue states like California and New York. Arizonans have an opportunity to explicitly reject that fate for their state. It should be a simple decision.

Prop 208 is cynically being pushed in the name of funding education. However, this is incredibly misleading. If passed, Prop 208 will benefit neither teachers nor students. Instead, this money will flow to administrators and bureaucrats who don’t participate one iota in the education of students. In fact, there is no stipulation in Prop 208 that ensures money be spent in the classrooms. This tax hike will be a cronyist giveaway of the worst kind of allowed to pass. Especially so, given its proponents are hiding behind teachers and students to enact their tax and spend agenda.

The push to enact this tax hike is being supported by wealthy, out-of-state union groups who ignore the effect the measure will have on Arizona’s economy. According to the Arizona-based Goldwater Institute, revenues to the state general fund will fall by $120 million as a result of Prop 208. This will result in a variety of cuts to needed public services like public safety, child protective services, and Arizona’s higher education system. Not only is Prop 208 bad policy, it is also counterproductive. Sadly, special interests who stand to reap the benefits don’t care about that.

It is admirable that many Arizonans want a better education experience for their children. However, Prop 208 is not even remotely the way to accomplish that worthy goal. A “no” vote on this ballot measure will safeguard Arizona’s economy and reject this tax hike. And the whole state will be better for it once this destructive proposal is in its rear view mirror.