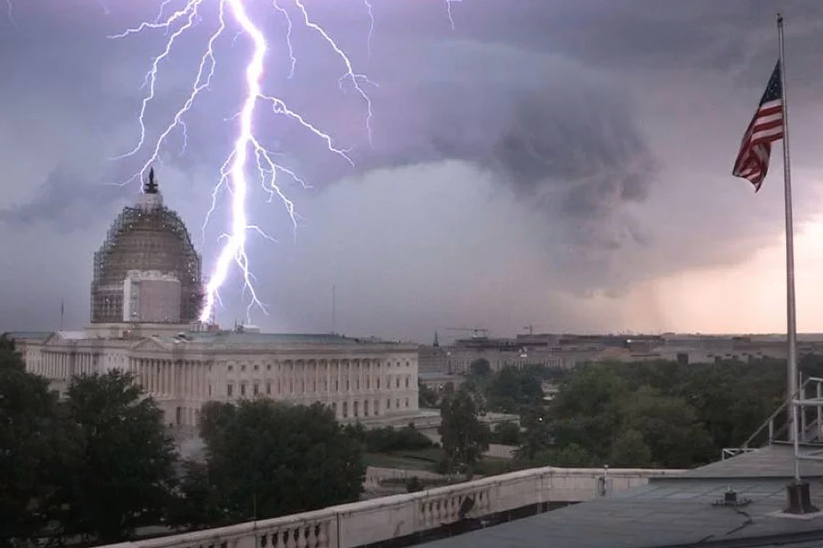 House Majority Whip Steve Scalise (R-La.) told reporters earlier today that the government spending bill will be released late Tuesday evening, likely right before midnight. The House will vote on Thursday. The Senate will follow. As long as the bill isn't amended, the bill will subsequently go to the president's desk. But the process has cast a dark cloud for this spending bill. And the $1.3 trillion at which Congress will appropriate is also a reminder of a bad budget deal Congress recently passed.

Known as an "omnibus," the measure is a consolidated appropriations bill for the remainder of fiscal year 2018, which ends on September 30. It's also likely to include provisions not related to appropriations. These provisions are often controversial bills supported by leadership or sweeteners to get enough votes to pass the spending bill.

We were told to expect the omnibus spending bill to be posted online last Wednesday and that it would be on the floor on Friday. That didn't happen, and votes on Friday were canceled. The hope was that leadership would post the bill on Monday evening, but disagreements between negotiators stalled the release.

There is no question that the process for the omnibus has been awful. The bill is being drafted behind closed doors by leadership and appropriators from both parties. As Rep. Justin Amash (R-Mich.) tweeted on Monday, "[T]he House plans to vote on a trillion-dollar spending bill—stuffed with all sorts of unrelated measures—and we don’t even have the text. That’s insane. This leadership team has found a way to make the process worse than existed under @SpeakerBoehner."

Rep. Thomas Massie (R-Ky.) tweeted a similar condemnation. "What’s in the omnibus bill that will fund the entire country on Wednesday? No one can tell you for sure," Rep. Massie wrote. "It’s probably the only consequential bill that will pass this year. There is a serious problem with this process!"

When Speaker Paul Ryan (R-Wis.) took the gavel, he said, "[T]the way I am trying to do this job is the way that I always thought it should have been done, and that is to make this a more open process so that every citizen in this country, through their elected representatives, has an opportunity to make a difference." That simply hasn't happened.

Substantially more often than not, members of the House don't have an opportunity to offer amendments to legislation from the floor, preventing a more open process. Although the House passed two consolidated appropriations bills last year, H.R. 3219 and H.R. 3354, and hundreds of amendments were allowed to be brought to the floor for consideration, the Senate never took them up.

The process for the omnibus that Congress will consider this week has not been open or transparent, and it's highly unlikely that any amendments will be allowed. Members will be given a bill tonight and likely have less than 36 hours to read and absorb it before they vote on it Thursday.

The process isn't the only problem, of course. The bill will appropriate funds at the higher spending levels approved by the Bipartisan Budget Act, H.R. 1892, which was passed by Congress in February. The bill deals with only discretionary spending, $700 billion for defense and $591 billion for nondefense. The total $1.291 trillion is $143 billion higher than the spending caps amended by the 2015 budget deal.

Based on the rumors, there won't be many, if any, significant policy victories in the omnibus from a limited government perspective. Most of the victories conservatives and libertarians will be able to claim, if the rumors are true, will be bad policies that were kept out of the bill. Regardless, even some of these victories may only be temporary, and the spending levels at which Congress is appropriating and the process for this omnibus are reminders that the power on Capitol Hill is in the hands of a few, at the expense of us all.

On behalf of FreedomWorks’ activist community, I urge you to contact your senators and ask them to vote NO on the Consolidated Appropriations Act, H.R. 2741.