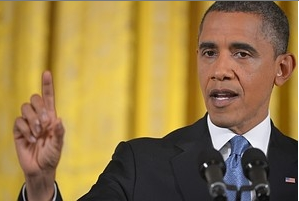 The broken promises of ObamaCare are almost too many to count.  We've seen ad nauseum the clips of President Obama stating, "If you like your health care plan, you can keep your health care plan." Anyone who knows simple economics knew, even before seeing numerous reports of dropped coverage, that simply was never going to be the case.

The headlines are finally becoming saturated with the realities of ObamaCare, and the liberal talking heads are doing their best to now spin the president's remarks.  They've pivoted from you being able to keep your health care plan to claiming that you really shouldn't have liked what you had, because it wasn't what the government prescribed.

Josh Barro stated in a recent piece for Business Insider:

Yes, that's right...you shouldn't be able to keep. Because government knows best?  Talk about a bait and switch. Is that what the American people were told by Obama, or anyone else trying to sell the Affordable Care Act? No. What if you actually did like your plan?  Too bad.

Natalie Willes, a sleep consultant in California who buys her own insurance stated in a recent interview with CBS news:

"I was completely happy with the insurance I had before," Willes said.

When she tried to renew her policy through Kaiser Permanente, she found out that her plan had been terminated since it was not ACA compliant.

It's okay that the government took her plan, because she could have ten other plans to choose from right? Yay, the government is giving her more choice, right?  Sure. Choices she didn't want or need. But maybe the government knows best and can give her more affordable plans as promised by the president ? Right? No. Willes stated:

The cheapest plan now available to Ms. Willes will cost her as much as $5,948 more a year and cover less treatment once she's met her deductible.

Dean Clancy, Vice President of Public Policy for Freedoworks appeared on CNBC the other night, also pointing out the bait and switch:

Back to Barro... He goes on in his piece to note that some of the plans that are being dropped had small lifetime limits, and could leave people footing the bill in the event of a major illness.  Does Barro know what people's finances are?  What if they're able to pay for other expenses with savings or investments? Does he know what assets they have, or what their other options in the event of a health care crisis would be?  No, and neither do bureaucrats in Washington DC who have chosen to take these affordable plans away.

When policy payers choose their plan, they do so because it is the one that most fits their needs, as well as their budgets.  Now government is mandating plans that far exceed what many people need, or can afford.

In recent years, fewer health care plans have been brought to market for the most part because of mandates and stifling regulations, not because people didn't want alternatives.  The plans that were meeting the needs of millions, like HSAs (health savings accounts) and high deductible catastrophic plans, will largely be priced out of the market and destroyed under ObamaCare.  The answer to Barro's concerns are not going to be found in ObamaCare exchanges, which provide little choice, or by taking over once sixth of the US economy with this monstrosity of a law.  The answers are largely going to be found in real reforms that offer choice, competition, and address the real problems regarding subsidizing care.

If nothing else, the failure of ObamaCare shows that once again technocrats have no idea what the masses want or need, nor can they provide it to them at a cost the masses can afford.

The reality of ObamCare is that more people could actually lose coverage than gain it through exchanges.  Oh sure, we're going to push millions onto Medicaid, and some who had pre-existing conditions will get coverage, but the promise of affordable health care for everyone was never anything more than a lie to buy votes.

The end result, unfortunately will be the destruction of our health care system in its entirety to provide terrible care under Medicaid and force young, healthy people into a system to buy a product they didn't want, or need, or could afford.