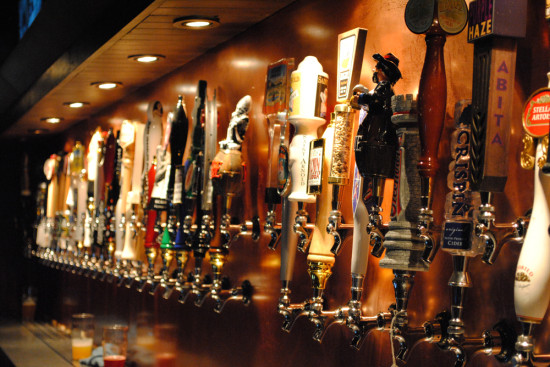 Next year, expect to see fewer selections at your favorite chain restaurant.

Ever since home brewing was legalized in the late 1970s, the craft beer industry has become one of America's most vibrant examples of entrepreneurship and small business. It doesn't take much more than some barley, some hops, and a dream to start your own private microbrewery, and if you're good at it, you could become a nationally recognized brand.

Unfortunately, things are about to get a lot tougher for the small brewer, as new regulations under ObamaCare are set to take effect next year. The law requires that chain restaurants provide nutrition information on all the beers they serve, including calorie counts, carbohydrates and sugars. Sounds reasonable, right? Americans are becoming increasingly health conscious and they deserve to know what they are putting in their bodies, don't they? This is always the logic behind these labeling regulations, but it ignores one very crucial component: the cost.

When you brew a beer, you don't just know how much sugar, or how many calories are in it. These things require testing, and testing costs money. In fact, it can cost as much as $1,000 to obtain calorie information for one type of beer, no small amount of money for an independent brewer. Bear in mind that many of these companies brew dozens of different varieties of beer, that change on a seasonal basis. Getting each offering tested for nutritional information would be prohibitively expensive for most.

Of course, the companies can always forego the testing, but doing so means that chain restaurants will not be able to carry their products, opting instead for bigger, more established breweries that can afford to comply with the regulations. The opportunity to gain publicity through being featured on menus will be closed to the people who could most benefit from the boost, and power is further concentrated inn the hands of big business at the expense of small business.

This is the pitfall of all regulations designed for "consumer protection." In their overzealous attempt to control how businesses operate, regulatory agencies handicap startups and innovators, at the same time protecting the big guys who don't need the help. We should be encouraging the creation of new products from a wide array of producers, not trying to limit success to those with the most resources. If I were a cynical man, I might even say it was deliberate. The suppression of competition and innovation ultimately does more harm to consumer welfare than the regulation itself.

And, let's be honest. If you're a craft beer connoisseur, how worried are you about carbs, really?