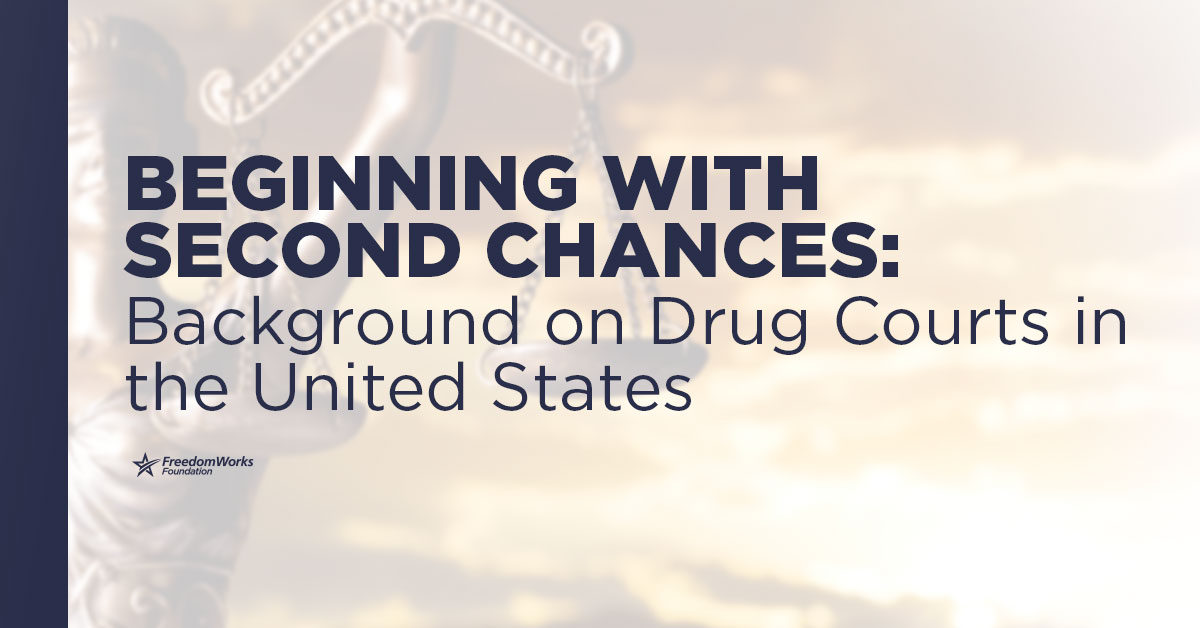 The harsh sentencing policies of the 1980s and 1990s that states adopted in an effort to fight crime led to tremendous growth in prison populations. Naturally, the cost of corrections soared as prison populations began to grow, with little return on public safety. States have, however, have increasingly, and rightly, shifted to view drug addiction as an issue that can be addressed through diversion programs and drug treatment rather than incarceration. Drug courts, which guide qualifying individuals toward programs and treatment instead of incarceration, have been integral in this shift.

Drug courts have existed for more than 30 years, but in the past decade or so have become a prominent way to address low-level, nonviolent drug offenses. With federal support, states have created drug courts that come with stringent requirements on the participant, including participation in drug testing, drug treatment, and education programs, as well as repayment of any restitution. A failure to meet the established requirements can result in incarceration.

These and other specialized courts are a less costly way to address drug offenses. Graduates are less likely to use drugs and commit subsequent crimes. Additionally, drug courts have a demonstrated cost savings when compared to incarceration.

This issue brief, Beginning With Second Chances: Background on Drug Courts in the United States, offers educational background on drug courts and the benefits to public safety that these courts have demonstrated. It also offers examples from two traditionally Republican states, Texas and Georgia, which have implemented drug courts and diversion programs as alternatives to incarceration.