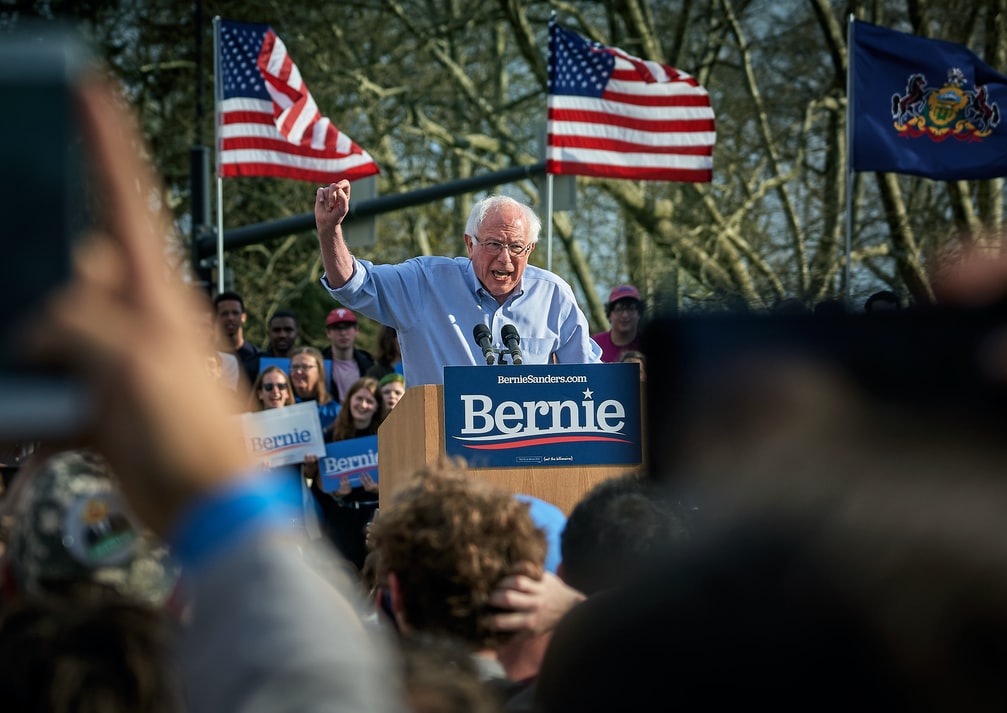 By now we’ve all seen the picture of Bernie Sanders sitting curmudgeonly at the inauguration of Joe Biden. In the photo, which has since gone viral, Sanders sits snugly in his jacket and mittens as President Biden and Vice President Harris are sworn into office.

The internet quickly noticed Sanders, particularly his wool mittens, and a meme was born. Despite the seemingly innocuous nature of the image, however, the backstory behind the senator’s mittens is a stunning indictment of the big government and high-tax policies Sanders supports.

In a Jan. 21 interview with Slate, Jen Ellis, who made the mittens that Sanders wore in the image, discussed how she gave these to the senator as a gift in 2016. When she was asked if Americans would be able to purchase similar mittens from Ellis if they so desired, the Vermont school teacher gave an answer that demonstrates the failures of exorbitant tax rates and similar big government policies.

“I don’t have any more, and I don’t have much of a mitten business anymore because it really wasn’t worth it,” Ellis told Slate. “Independent crafters get really taken for a ride by the federal government. We get taxed to the nth degree, and it wasn’t really worth it pursuing that as a business, even as a side hustle.”

This response perfectly encapsulates the irony of Bernie Sanders, a stalwart leftist, sporting the mittens he wore on Wednesday. Sanders will enjoy his brief boost in popularity as the image of him in his winter attire circulates on Facebook and Twitter. However, Jen Ellis is unable to use this opportunity to restart her mittens business because the federal taxes are simply too high.

Sanders and his allies have made a career calling for higher taxes on business owners who they decry as greedy and selfish. While doing so, Sanders and his Democratic colleagues have urged job creators and value creators to “pay their fair share” and fork their earnings over to the federal government.

Leftists like Sanders ignore the fact that this destructive rhetoric, and the policies that result from it, have real consequences. For decades, progressives in the federal government have characterized people like Jen Ellis who are just trying to make a living as selfish and exploitative. Because of the failed big government policies that Bernie and his allies promote, thousands of entrepreneurs and business owners like Ellis have decided to shutter their businesses and never return.

The far-left policies that Sanders supports, including a massive increase in self-employment taxes on Americans like Jen Ellis, are disastrous. If Bernie appreciates the praise for his mittens as much as he claims to, why won’t he advocate for an alleviation of the tax and regulatory burdens that have forced the creator of those mittens out of business?

The truth is that Senator Sanders and his far-left friends have made a career characterizing those who run businesses as boogeymen who need to be reined in by the federal government. However, the Americans who suffer the most as a result of these left-wing policy proposals are people like Jen; a Vermont educator simply trying to make a living and help her community.

Bernie Sanders’ wool mittens made waves across social media this week. Now, he and his progressive colleagues should reflect upon the fact that due to the big government policies they support, nobody else can get a pair of Jen Ellis’ mittens this winter.

Noah Wall is an Executive Vice President at FreedomWorks