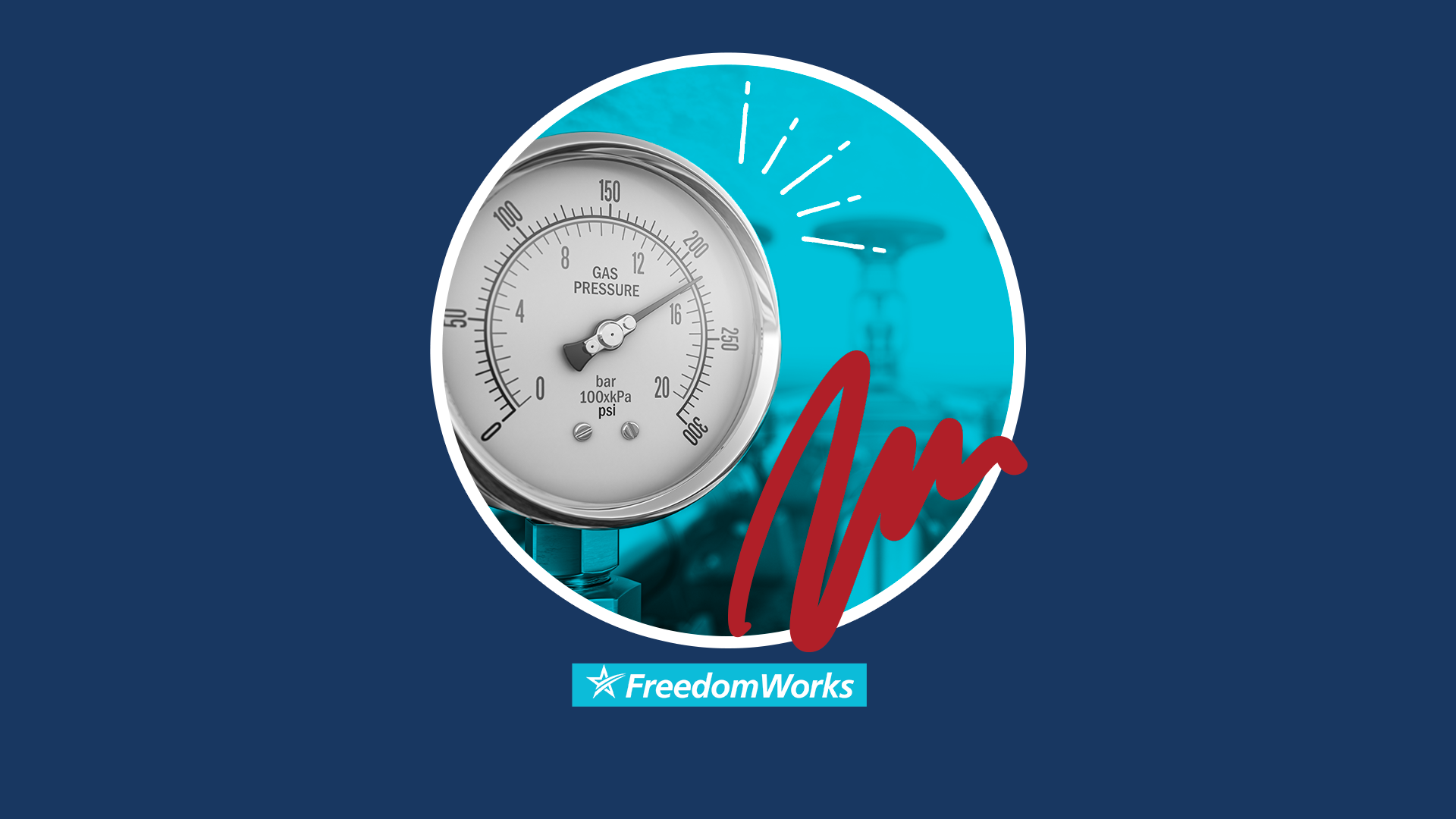 Last month, President Biden announced that he will break his campaign promise and resume the sale of drilling leases on public lands. This announcement came as the price of gasoline remains high amid rising inflation. Clearly, the White House has seen the writing on the wall, represented by the fact that it has done away with a key provision of its anti-American green energy agenda. Mr. Biden’s been mugged by reality, but there is much to be done to claw our way back to energy independence in terms of vital infrastructure.

As always, there’s a catch. While the Biden administration has begun to resume the sale of leases, it is doing so at only 20% of what it was before he assumed office and put into effect the moratoriums in early 2021. More than a year later, we have seen what a terrible impact this war on American energy independence has had. An increased price of gas inevitably causes the cost of other goods and services to increase, as we have seen in the past year. Republicans have also been correct to point out that diminished domestic production of American energy eliminates America’s geopolitical leverage and has forced Biden to beg the Saudis to increase oil production. This is an embarrassment for a president who ran on “restoring” America’s standing abroad.

Mr. Biden loves to point to last year’s $1.2 trillion infrastructure package as one of his few achievements. Still, only a paltry $25 million of this package had anything remotely to do with boosting liquefied natural gas’s infrastructure. While private sector investment remains the best option for sustained long-term growth, the intentional neglect of LNG reflects that Mr. Biden has gone all-in on an anti-fossil fuel agenda.

Better LNG infrastructure is needed if the U.S. is to seriously reboot American energy production. Republicans should do a better job of admitting that domestic energy production can’t be turned on with the flip of a switch. In many cases, it will take six months to a year for pipelines to be constructed and for wells to begin drilling. All this means is that the best time to invest in this was yesterday. And with a possible recession looming on the horizon, we need to jumpstart LNG infrastructure today.

A renewal of American LNG infrastructure also plays to our geopolitical strengths. What Republicans have done a good job of is pointing out that our allies in Europe benefit from access to American natural gas. Biden should have recognized the failure of policies like Germany’s Energiewende, which the green agenda seeks to emulate. Energiewende’s forced reliance on renewables at the expense of domestic nuclear and fossil fuels saw Germany look to Russia as its gas station. Only amid public outcry and increasing Russian aggression did Germany finally shelve the Nordstream 2 pipeline this past February.

Our allies in the Pacific are in a similar predicament. Japan, which has prudently diversified its energy portfolio, relies on American natural gas in the face of a more bearish China. If Democrats were really concerned about threats to democracy abroad, they would recognize that American LNG infrastructure is key to defending liberal democracies on both sides of the globe.

Clearly, the U.S. sorely needs to invest in LNG infrastructure. Mr. Biden knows this, but his hands are tied. To say it publicly would be admitting defeat and betraying his increasingly out-of-touch base. To ignore it means that his Democratic colleagues on the Hill are increasingly destined to be soaked in the November midterm elections.

The U.S. has the advantage to regain energy independence for the benefit of American workers, companies and our friends overseas. President Biden would do well to start reinvesting in LNG infrastructure today. Republicans need to make this central to their platform going into 2022 and 2024.

Every year since college, my best friend Dan and I have submitted our best observations on a wide range of topics that reflect on the year that has just expired. We follow the well established template of The McLaughlin Group program.Here are my reflections on 2013:BIGGEST WINNER OF THE YEAR: I can't even think of one, as 2013 has seen so many failures that have hurt so many Americans. The only one I can think of is David Ortiz of the Red Sox, who emphatically reclaimed the City of Boston for Bostonians.

The American government loves electric cars. President Obama dreams of having a million of them on our roads, and our government is actively promoting them. While picking winners and losers, the government has used taxpayer money to back quite a few losers over the years.