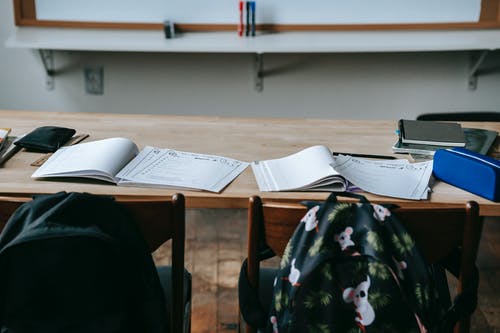 The Biden administration has made it clear it wants to expand the regulatory state and double down on government involvement in all areas of American life.

One of those areas that deserves more attention is education. Recently, the Department of Education issued a proposal that specifies two curriculum priorities for schools applying for grants through federal American History and Civics Education programs.

The first priority mandates schools “incorporate teaching and learning practices that reflect the diversity, identities … and experiences of all students” and “create inclusive, supportive, and identity-safe learning environments.” The second asks for curriculum to include a strong focus on “news literacy” as a means to “meaningfully participate in our democracy and distinguish fact from misinformation.”

For good reason, parents are up in arms about the proposed rule. The second priority might sound harmless, but it would in practice put kids in the middle of the 24/7 news cycle crossfire. At the same time, there is an obvious left-leaning tilt to this priority that should raise suspicion. Schools should teach kids to develop critical thinking skills through traditional practices of reading and writing before they ask them to become unpaid fact-checkers.

But while the second priority is harmful and would take away valuable classroom time that could be used to hone critical thinking skills and foster passion for learning, the first priority is what is at the root of parents’ indignation. Now, if public schools want to receive federal grant funding for their civics and history programs, they need to implement curriculum that examines American history, institutions and society through a radical postmodern theory which contends “that some people, simply on account of their race or sex, are oppressors; and that racial and sexual identities are more important than our common status as human beings and Americans.” This theory, known as critical race theory (CRT), is tightening its grip on K-12 schools.

Teaching students a holistic view of American history is a laudable goal, and we should continue to fight against racial injustices in society and government. But when discussing how we ought to teach students the nuances of our history, it’s important to remember that critical race theory isn’t traditional, fact-based civics or sociology education. CRT teaches that groups in society conduct themselves solely on racial and political lines and that collective identity trumps individualism. Rather than seek to understand human behavior and how societies function, CRT seeks to transform society and redraw the lines of hierarchies and relationships on the basis of race, politics and culture. This sort of ideology, based on highlighting the division between groups, is likely to increase the racial fissures that countless Americans have worked to address and eliminate.

Social justice propagandists have suggested that kids as young as three months are “not too young to talk about race.” But the reality is, teaching CRT in K-12 classrooms is just about as close to indoctrination as it gets. When educators teach kids to think about everything through the lens of race during crucial years of development, when their ability to think for themselves has yet to be refined, it has the unintended consequence of dividing people even further. CRT is illiberal, to the fullest extent of the word, and moves us in the opposite direction in which the country should be headed by framing everything in terms of racial identity.

When it comes to providing the children of this great nation with a quality education and the skills they need to seek objective truth, the biggest mistake educators and bureaucrats can make is to teach history and civics lessons contextualized by activism.

Parents and school board leaders need to say that enough is enough.

Thankfully, we are already seeing progress. In Southlake, Texas, parents took matters into their own hands when they felt that the school board had ignored their grievances about CRT. In what they saw as their best chance to push back against the school board and expel CRT from the required curriculum, the parents backed candidates opposed to CRT in a recent election. Those candidates ended up winning control of the school board, capturing close to 70 percent of the vote.

That this election was a landslide should be a harbinger of hope to parents feeling demoralized about the radical curriculum making its way into schools. Sooner than later, the voices of parents will be heard: Don’t put a label on our kids, and don’t teach them that their inherent dignity and worth has anything to do with the color of their skin. We will continue to show up to school board meetings and voice our opposition to CRT. More importantly, for elected officials who choose to ignore our concerns, we will vote them out of office, take control of our childrens’ education and put an end to government endorsed indoctrination.

Laura Zorc is the director of education reform at FreedomWorks.

As has to be pointed out with so many news stories these days, this is not satire.Graduating senior Vanessa Umana expected to leave last Friday's commencement ceremony at Francis Polytechnic High School with a diploma, a few photos and some wonderful memories.

The first part of this series focused on the various efforts around the country to establish school choice. This piece attempts to shed light upon the history of compulsory public education in America. As the nation debates the merits of school choice I’ve noticed a common theme in the arguments of the ideas’ opponents. They assert that the implementation of school choice would abandon a noble tradition with early roots in the American founding.