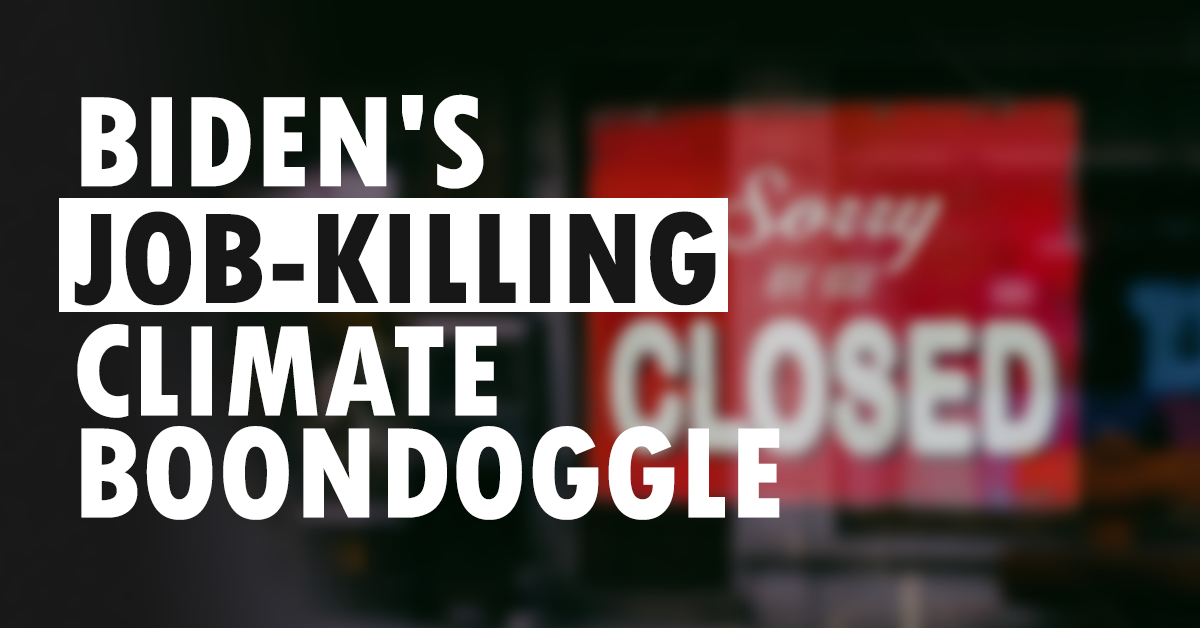 Since taking control of Washington, Democrats have used slim majorities to push through a fiscally irresponsible, radical, and out-of-touch agenda. Buried in the Democrats' more than $4 trillion partisan budget resolution is funding for the new Civilian Climate Corps (CCC).

While prices are soaring on everything from gas to groceries, American families are hurting. Biden has repeatedly left American families behind in favor of kowtowing to the most radical voices within his own party. The CCC is only one of the most recent examples of the far left’s sway over the Democratic agenda at the expense of the American people.

What is the Civilian Climate Corps?

Origins of the CCC

How will this affect small businesses?

The Department of Labor reported a national unemployment rate of 5.4%, translating to 5.7 million unemployed. There are, however, approximately 10.1 million job openings at the same time.

Due to perverse incentives such as enhanced unemployment payments, recovering businesses are struggling to find workers.

Employers are struggling to find employees because it’s either easier or more profitable for people to stay home and simply refuse to work. The CCC will only worsen the problem as research shows that costly public sector work programs crowd out private-sector jobs.

Despite his campaign promises to govern as a bipartisan unifier, Biden proves once again that the voices with the most sway over his administration are far-left radicals. Biden’s embrace of the CCC is yet another example of Democrats placing their radical “environmental justice” agenda ahead of the needs of hard-working Americans.

Biden’s woke climate army doesn’t work to solve the problems that Americans are facing right now; in fact, the CCC only serves to make things worse.

Unfortunately, Biden has repeatedly embraced misguided policies that are out of touch with the needs of struggling Americans in the name of appeasing his base. With flippant disregard for the rule of law, Biden extended the CDC’s eviction moratorium that devastated landlords from across the country.

Funding for the CCC is only one of many misguided initiatives in the Democrats' more than $4 trillion reconciliation package. This bloated budget puts radical left-wing projects ahead of the needs of the American people. Our elected officials have a responsibility to oppose this disastrous budget every step of the way.