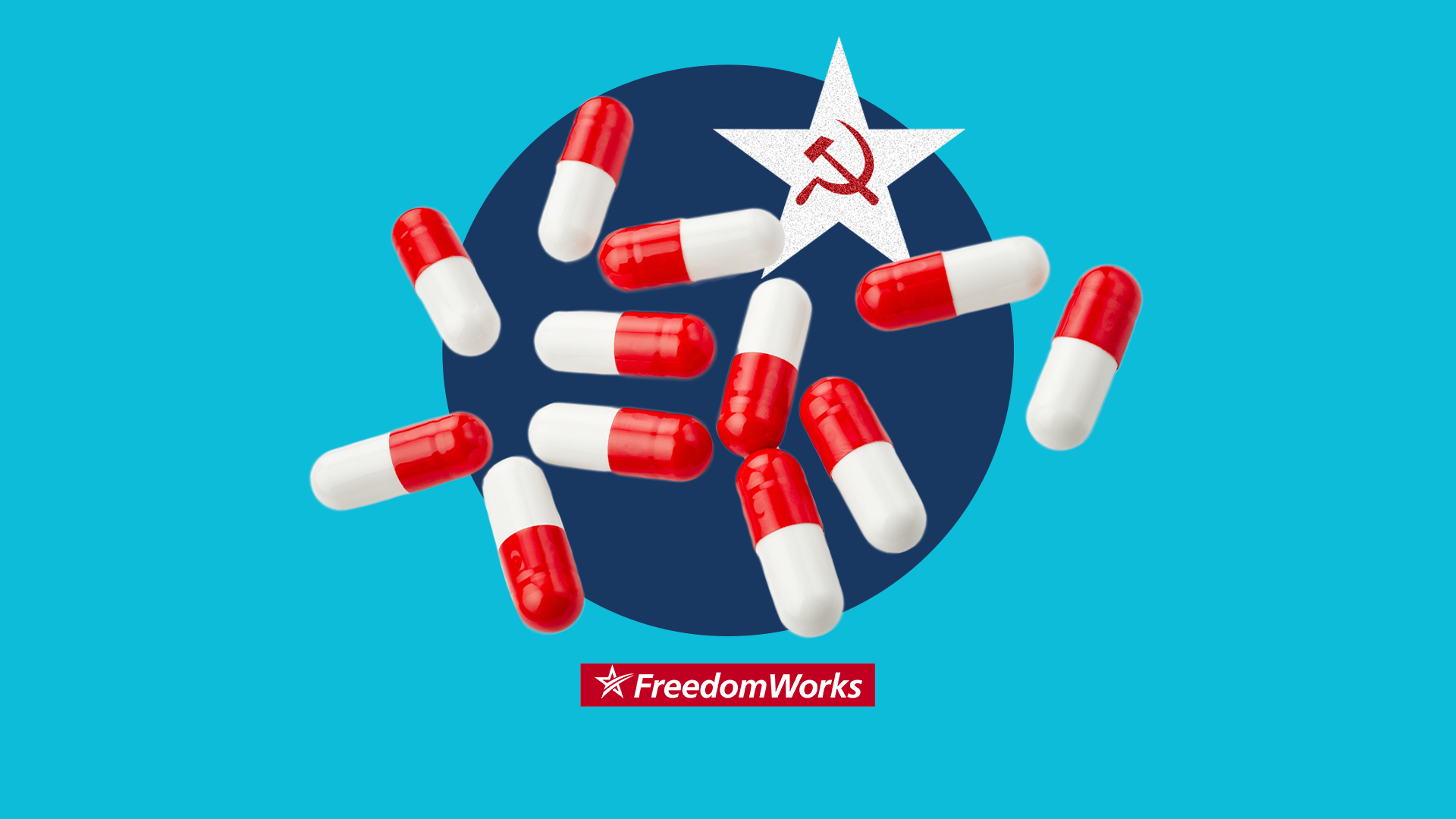 Big government socialism is the theme that is driving President Biden’s policy agenda. From the unnecessary COVID-19 American Rescue Plan Act, to the Green New Deal Infrastructure Investment and Jobs Act, to the nanny-state Build Back Better Act, President Biden, and Congressional Democrats have not relented in their efforts to massively increase the size and scope of the federal government, now in the prescription drug industry.

In one year, the Democrats have expanded the federal government’s authorities in unprecedented ways, but one policy proposal that is extremely dangerous is the drug pricing provision buried in the Build Back Better Act that is currently being considered in the U.S. House of Representatives. The drug pricing provision is a bit complicated but here is how the democrats’ plan to lower prescription drugs will end up hurting the very same people that they claim to want to help.

President Biden and congressional democrats want minority communities, particularly Hispanics, a demographic that is particularly vulnerable to diseases, such as diabetes, to pay less for prescription drugs. Now, who would be against that? Hispanics should have access to affordable prescription drugs and conservatives have a policy plan to do just that. However, the democrats’ plan will only make matters worse.

The drug pricing provisions in this bill are not meant to lower prescription drugs, but to pay for the multi-trillion dollar expenditures in the Build Back Better Act. Their messaging is disingenuous and will only hurt minority communities that are in need of access to new life-saving medications and treatments. In fact, a recent poll commissioned by FreedomWorks’ Hispanic Grassroots Alliance shows respondents overwhelmingly support their current access and quality of care when compared to price controls that would stifle research into new treatments and cures.

For starters, it is not the proper role of the federal government to dictate what the price of anything — let alone prescription drugs — should cost. Prices are merely a number driven by the market and consumer behavior. Government intervention distorts this relationship between producers and consumers, which generally leads to long-term negative consequences.

The Build Back Better Act is not the first time that Democrats have proposed to impose socialist price controls in the prescription drug market. One of their signature pieces of legislation is the Elijah E. Cummings Lower Drug Costs Now Act, H.R. 3. Now, do not be fooled by the name as it is only a political strategy by politicians to mask the terrible policies inside their bills. As we all learn throughout life – don’t judge a book by its cover.

Current law prohibits the Department of Health and Human Services from negotiating prices for certain prescription drugs. This prohibition exists because no government–even our own–ever negotiates in good faith. For example, let’s say the U.S. Government loses in a negotiation. Through the Food & Drug Administration, it still controls drug approval, so it could arbitrarily prevent the company it ‘lost’ to from bringing new medications to market.

Thus, in order to make sure that Americans continue to have access to life-saving medications and treatments, our current laws prevent such bad faith negotiating practices.

However, under the democrats’ H.R. 3 legislation, not only would this prohibition be lifted, but the federal government would have the authority to put a cap on drug prices similar to the ones in Australia, Canada, France, Germany, Japan, and the United Kingdom. This is a terrible proposal. The healthcare systems and drug pricing schemes in the aforementioned countries are at times inefficient and by adopting similar measures, Hispanics will be hurt by the inability of scientists to work on research and development for new cures.

The Build Back Better Act is H.R. 3 in disguise, as the Department of Health and Human Services will be allowed to negotiate drug prices under Medicare Part D, which would bring to the United States a socialist-style intervention into the prescription drug market. With this bill, the Democrats would be crushing the same system that allowed industry leaders and scientists to develop the COVID-19 vaccine in record time. It was an amazing feat that Americans should be proud of, and is why every American, particularly Hispanics, should be opposed to this legislation.

César Ybarra is the senior director of legislative affairs at FreedomWorks.

Key Vote NO on the Big Government Socialism Bill, H.R. 5376

On behalf of FreedomWorks’ activist community, I urge you to contact your representative and ask him or her to vote NO on the Big Government Socialism Bill, H.R. 5376.