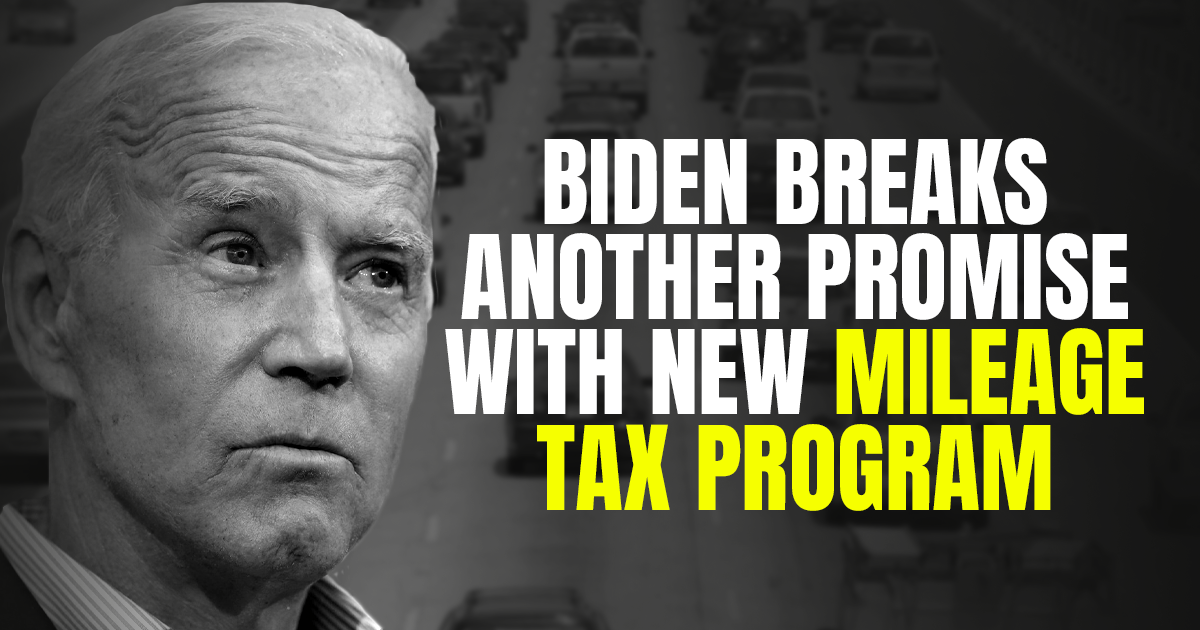 The new national motor vehicle per-mile “user fee” pilot program found in Title III of H. R. 3684 is merely a regressive tax by another name. While pundits argue about the costs and benefits of a commercial vehicle mileage tax, the inclusion of passenger vehicles in the program should be a huge red flag for citizens concerned about their growing tax burden.

The massive price tag of the recent infrastructure package -- taken together with the upcoming fight over the Biden administration’s proposed $3.5 trillion budget -- has left Democrats in Congress scrambling to find new revenue streams for their reckless spending spree. President Biden promised the American people that these spendthrift policies would be paid for by raising taxes on the wealthy. It is now clear that this was a delusion at best.

One area that disproportionately burdens low-income earners up to 10 times more than higher-income individuals is the gas tax that funds surface transportation projects through the Highway Trust Fund (HTF). President Biden and Transportation Secretary Buttigieg repeatedly promised that these taxes would be left alone. While they technically did not change the federal gas tax, a new pilot program to demonstrate different models of a national vehicle mileage tax will likely raise the federal tax burden on anyone who drives a vehicle.

VMT and the Gas Tax

While this VMT program is ostensibly temporary, the clear intention of this proposal is to examine different options for a VMT to eventually make the program permanent. As with most other areas of federal programming, even temporary programs have an uncanny tendency to far outlast their original approval. It is incredibly likely that a permanent national VMT will be foisted upon the American public in the near future.

Furthermore, President Biden and his administration have consistently claimed that they will not raise taxes on low-income earners and the middle class in order to pay for their spending spree. The new VMT pilot program demonstrates that this is not the case. As with every other promise in American history to “soak the rich” in taxes to pay for increased spending, the end result is always higher effective tax rates on the lower segments of the tax bracket.