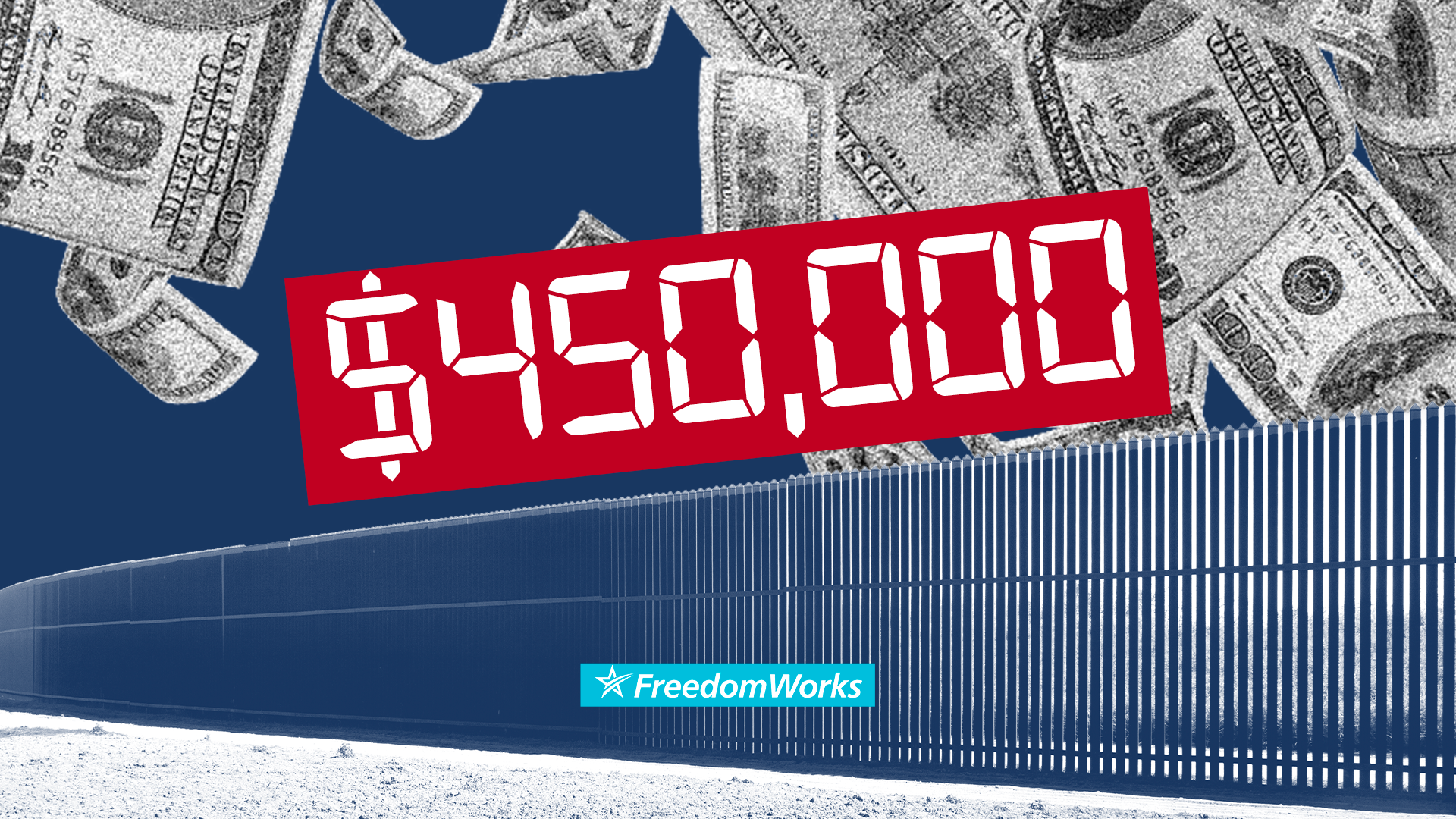 If you go onto another person’s property and get hurt, the property owner doesn’t owe you anything--you broke the law when you trespassed. The same ought to be true for those trying to trespass into our country by entering it illegally: they should get nothing for the consequences they brought upon themselves when they engaged in an illegal act.

President Biden, however, wants to reward this behavior by paying $450,000 to each illegal immigrant and each of their children separated at the Border. While no one doubts the horrible effects of the family separation policy, the parents of those children chose to intentionally trespass into the United States. So instead of using that money--a billion or more dollars in total--to meet the needs of our citizens, President Biden wants to reward illegal behavior by paying those who tried to sneak into this country. By comparison, Gold Star families--the surviving members of soldiers who gave their lives for our country--receive only $100,000.

It is a fundamental responsibility of the federal government to enforce immigration laws and protect our borders: a nation with open, porous borders soon becomes no nation at all. Not only is President Biden failing at this most basic task, but he wants to reward those who violate our laws by paying them almost half a million dollars each! These parents made an intentional choice to break our laws and endanger their own children in doing so. It is outrageous that taxpayers will be on the hook to pay them.

The Biden Administration’s proposal is outrageous for other reasons too. Since assuming office, President Biden has reversed every single effective immigration policy implemented by President Trump. What has been the result? A record 1.7 million illegal immigrants attempted to cross the Border in the previous year. Of those 1.7 million, a record 147,000 were unaccompanied children and 479,000 were members of migrant families. While these numbers are outrageous and indefensible, they are a direct result of the policies President Biden has implemented. While it is true President Biden told illegal immigrants “don’t come” to the United States, they clearly do not believe him.

For migrants unsure over whether President Biden intends to enforce immigration laws, this latest proposal will end any doubt. The Biden Administration is not only compensating migrant parents for coming into the country illegally with their children, but the payoff is extraordinary: $450,000 per person or about $1 million per family. This half-million dollar incentive guarantees that more people will try to enter the country illegally, making the already-horrible situation at the border even worse. Moreover, this also provides an extra incentive for drug cartels to use children for drug smuggling. And with a caravan of 4,000 migrants headed to the United States, the Biden Administration seems-hell bent on ensuring they have strong incentives to carry on their journey.

As a nation, we must defend the rule of law and protect our borders. Americans expect no less from our elected officials.