Biden's Address to Congress: 'Not a lie if you believe it' 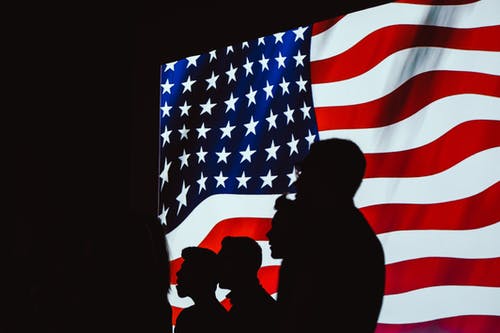 It seems President Biden discarded his used and abused line of “unity” in order to weave another false narrative — this time meant to gaslight the American people — focused around one word: “together.”

To be clear, nothing consequential that the Biden administration and Congress have done in his first 100 days has been “together” with anybody except the members of their own party. You certainly wouldn’t know this listening to last night’s address.

It was on the eve of his first 100 days in office that President Biden gave his first joint address to Congress, which took a similar form to a State of the Union. It should come as no surprise that, as his past public speeches from the campaign trail to his inaugural address centered around “unity” indicated, he would continue to peddle false narratives of the left.

While the words “unity” and “uniting,” which were uttered 11 times in Mr. Biden’s 21-minute inaugural speech, they were nowhere to be heard in last week’s address to Congress, they were replaced by an intricately woven web of half-truths aimed at gaslighting his audience into believing that the work of Mr. Biden’s first 100 days had been marked by bipartisanship, agreement, cooperation, and — as he repeated ten times — “together”ness.

On Jan. 20, Mr. Biden said, “[S]peaking of unity can sound to some like a foolish fantasy.” Little did we know, it would become a fantasy he and the Democrats would invent, then peddle to the American people, who they must consider to be fools.

Let’s take a look at a few of the things Mr. Biden says “together”ness did or will accomplish: passing the American Rescue Plan, making investments in infrastructure, and restoring the people’s faith in our democracy to deliver.

Simply, his first days in office prove all three of these to be lies. President Biden came into office in a climate where the American people certainly were craving unity and a rest from the division stoked daily, even hourly, in the media. This is what he campaigned on, and what he said he would focus on in his tame, anti-inflammatory inaugural speech. This is not, though, how it went.

It took mere hours for this facade to crumble. Among the actions the Biden administration took in its first days were abolishing the 1776 Commission, which was aimed at promoting patriotism, prioritizing climate change over Americans’ jobs by cancelling Keystone XL and reentering the Paris Climate Accords, and eliminating a number of good-government transparency initiatives.

Among the actions the Biden administration in consultation with the narrowly-Democrat-held Congress took in its first months were hyper-politicizing both historically bipartisan COVID-19 relief and infrastructure plans, seeking to abolish the filibuster which necessitates compromise in the Senate, and calling for the potential packing of the Supreme Court to achieve political objectives in an intentionally apolitical body.

Such an agenda is a far cry from “unity,” and certainly is not being done “together.” Democrats overtook the presidency in 2020 by fostering hatred of President Trump and blaming our nation’s problems of every magnitude solely on him. Despite losing seats in the House in this same election, where Republican candidates down-ballot presented an alternative to the radical leftist agenda of Speaker Pelosi, Democrats continue to govern as radicals.

Beyond this, nationwide, the left continued to stoke the flames of division by bailing out blue states and perpetuating state COVID-19 lockdowns despite evidence from reopened states that rates can and will continue to decline amidst a return to normal. In Washington, D.C. itself, they continued to hide behind the razor wire fence that surrounded the Capitol to milk every last dishonest headline the media would give them.

After spending years smearing every person remotely associated with former President Trump, the Republican party, or even simple conservative or liberty-oriented ideas more broadly, the Democrats — now led in the White House by President Biden and Vice President Harris — insult the intelligence of Americans by pretending to pursue “unity,” and gaslighting our nation into believing that they are working “together” with the very people they degraded for years.

However, in keeping with the hypocrisy and dishonesty of these leaders in recent months, last night’s thinly veiled attempt at gaslighting is far from surprising.

From falsely claiming “[t]he country supports” the corrupt voting legislation that is H.R. 1 and dubbing everything under the sun as “infrastructure,” to pretending that his tax hikes would not impact the middle class and refusing to even mention the crisis at the southern border, the American people watching last night can easily read between the lines.

There is nothing unifying about President Biden’s first 100 days in office, and there is no indication of working “together,” either. Instead, it is conformity they seek: Eliminate individualism and mandate homogeneity on the nation by the heavy hand of the federal government.

They will violate your rights, ignore the Constitution, and prop up themselves at your expense, then, in the same breath, turn around and lie about trying to do this.

It’s almost as if Biden is saying to the American people just what George Costanza of Seinfeld infamously said from their booth in Monk’s Diner: “Jerry, just remember. It’s not a lie, if you believe it.”

I say to the American people: Don’t.

Sarah Anderson is the director of policy at FreedomWorks.