Biden's Executive Orders Are an Unfortunate Return to Normalcy 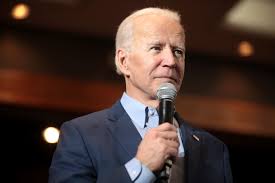 President Biden campaigned on a return to normalcy. To his credit, he seems poised to deliver on his promise.

That's not a good thing for the country.

Executive orders were the norm during the Obama administration, owing to the fact that the president lacked the capability to get much of his big-government agenda through Congress. Perhaps that was because Obama exhausted his political capital to pass Obamacare, but it also shows that a strong contingent in Congress has remained opposed to much of the Left’s agenda.

Biden said he wants to address the "four crises": the climate crisis, the COVID-19 crisis, the resulting economic crisis, and the racial equity crisis. However, his insistence on tackling each of these by executive order has the added effect of exacerbating other crises and leaves the country worse off in the end. The dozen or so initial orders that Biden has already put forward are aimed to undo much of the Trump administration’s regulatory victories, the same victories that saw the U.S. economy rise to record heights before the government-imposed recession due to the COVID-19 pandemic.

Let’s be clear about what this means: Biden's orders will increase the barrier to doing business at a time when many people, especially small-business owners and hourly employees, are struggling to pick up the pieces and get back to work.

Many of these so-called “fixes” are just means to pander to left-wing elites. In one of his first actions as president, Biden rejoined the Paris Agreement that President Donald Trump ordered a withdrawal in 2017. In the past few years, despite our desire to withdraw, U.S. emissions have declined. At the same time, member-nations such as China and India have seen their emissions increase.

There is simply no point in rejoining a nonbinding climate agreement. It will subject the United States to unrealistic emissions standards that will only cripple the economy at a time when we should be removing barriers to growth, not implementing them.

To put a point on it, rejoining the Paris Agreement could kill as many as 6.5 million private sector jobs in the next two decades. Lower-income people will also almost certainly see their electricity bills increase. Biden claims to want to reduce income inequality, but rejoining the climate agreement will have the opposite effect. After all, coastal elites can afford higher electricity prices, but poorer people cannot.

Beyond that, Biden’s approaches to COVID-19 and to rebuilding the economy are equally short-sighted. His approach to the economy fails to address the underlying issue of lockdowns and the resulting increase in unemployment. Also, he has promised a $15 minimum wage that, if enacted, would prevent businesses from rehiring workers.

At the same time, Biden appears to hold no reservations with regard to further blanket stimulus payments and taxpayer-funded “relief” for a wide variety of industries and special interests. Not only would this further inflate the national debt and do little to get people back to work, it would continue to lay the groundwork for future bad policies such as a universal basic income.

In terms of addressing racial equity, Biden fails to realize that his approach to helping disadvantaged communities of color does nothing to break the cycle of poverty and high unemployment. As Milton Friedman pointed out in his critique of former President Lyndon Johnson’s Great Society, the expansion of the welfare state and the “war on poverty” often fails to achieve its stated objective while simultaneously creating negative externalities.

The federal government has waged the war on poverty for nearly 60 years, yet the underlying problems remain. Clearly, government money has done little to alleviate racial inequity, while on the other hand, free market policies have.

Biden’s version of a “return to normalcy” deserves skepticism. As President Ronald Reagan famously said, “The nine most terrifying words in the English language are: I’m from the government, and I’m here to help.” Cyclical poverty cannot be undone with billions of dollars and the stroke of a pen.