Big Brother’s Watching: The NSA's Misapplication of the Precautionary Principle

Benjamin Franklin once said "an ounce of prevention is worth a pound of cure." Franklin was describing what is known as the ‘precautionary principle.’ This is a principle while good has been twisted by government in the name of safety. Central government has used “the precautionary principle” to mean that “governments should implement regulatory measures to prevent or restrict actions that raise even conjectural threats of harm to human[s]” Often, this policy has been used argue that overregulation causes little to no harm.  The National Security Administration (NSA) wiretapping of Americans in the name of safety has brought this philosophy to the forefront of the privacy debate. 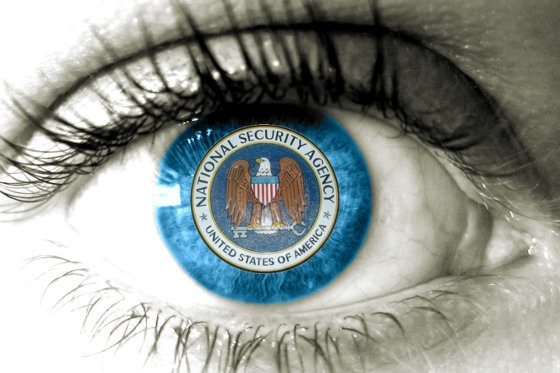 In the wake of the NSA blatant violation of the Fourth Amendment which protects against unreasonable searches and seizures, many Republicans and Democrats stood shoulder to shoulder justifying the egregious act of the NSA. They claim that intercepting electronic telephone communication will cause no harm to the American people but only effect terrorists with intent to harm this country.

However, harm is created when the government overreaches and violates privacy. If soldiers break into our homes to search our personal belongings, we are justly outraged because the soldiers have infringed upon our property rights. Likewise, in a free society, no one should have to live in fear of their government listening upon their conversations or tracking their phone data. Ben Franklin would have strongly objected to the false application of his principle.

The irony of the precautionary principle is that by overregulating and over protecting, it has failed to keep us safe. If the NSA followed the guidelines of the law, the NSA could obtain warrants to examine the records and target individual when they have a probable cause. But requiring the NSA to analyze billions of phone calls distracts agents from actually targeting terrorists. This actually undermines safety.

Adrienne Kinne, a former member of the TSA, says her organization regularly squandered time listening to innocent Americans. "By casting the net so wide and continuing to collect on Americans and aid organizations,” she explained, “it's almost like they're making the haystack bigger and it's harder to find that piece of information that might actually be useful to somebody. You're actually hurting our ability to effectively protect our national security."  Often, under a misapplication of the precautionary principle: Safe is sorry.

But the misapplication of the principle is dangerous because it turns US law on its head.The traditional principle of American law is innocent until proven guilty. The Fifth Amendment assures that no person will be “deprived of life, liberty, or property, without due process of law” but the TSA deprives us of our liberty by infringe upon our digital property; the philosophy of the NSA’s program presumes to infringe upon millions of innocent Americans as if they are terrorists. Under the guise of precaution, the doctrines of “protecting against unreasonable search and seizure” and “due process of law” have been trampled by the NSA.

The NSA is not just spying but is storing information about Americans in major databases to preserve our safety and “cyber security.” With these databases a senior intelligence official claimed “everybody with communication is a target.”

Yet, with the recent scandal of the IRS and EPA targeting political dissenters, we must wonder whether the NSA uses information to abuse its power even further for political and personal reasons. Precaution is always sold under the idea that the more the government knows, the safer the people are from terrorism.

The NSA’s bipartisan support has endorsed the flawed ideal that over regulation cannot cause harm. We have allowed our government to unapologetically spy upon the American public and infringe upon our rights to be free from unreasonable searches and seizures and to enjoy the legal presumption of innocence.

In his memoires, Franklin said,  “They who can give up essential liberty to obtain a little temporary safety deserve neither liberty nor safety.” We must heed his warning: Sacrificing our liberty for the precautionary principle is a grave mistake.