Big-Government Groups Line Up to Throw Money at Dave Joyce 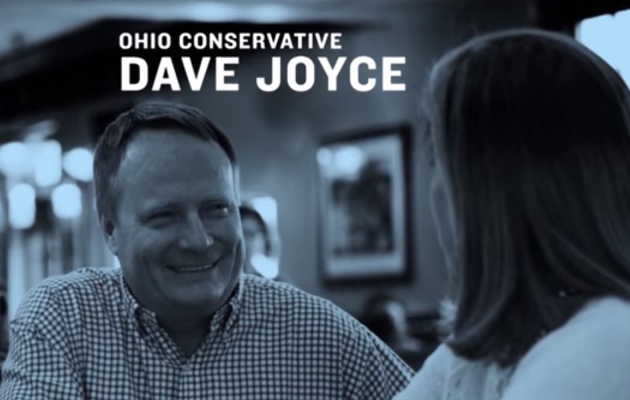 Congressman Dave Joyce, a big-government Republican billing himself as a conservative for Ohio's May 6 primary, is receiving major support from the U.S. Chamber of Commerce and American Hospital Association (AHA).

The Cleveland Plain Dealer reported on Friday that AHA plans to spend $115,410 for an ad on Joyce’s behalf in addition to $350,000 the Chamber is spending to push Joyce past primary challenger Matt Lynch in Ohio’s 14th Congressional District.

The Chamber is in the midst of an intense lobbying campaign for amnesty for illegal immigrants, and AHA is a prominent supporter of Obamacare.

Meanwhile, Joyce’s primary campaign pitch is that he’s more conservative than Lynch – who was among the plaintiffs in the Ohio Supreme Court case seeking to block Republican Governor John Kasich’s end-run around the legislature for Medicaid expansion.

In his current capacity as a state representative, Lynch has also introduced bills that would prevent illegal immigrants from receiving Ohio driver’s licenses and taxpayer-subsidized in-state tuition rates.

Joyce’s support from the Chamber and AHA comes on top of spending from Defending Main Street, a Super PAC for big-government Republicans led by Joyce’s union-backed friend and predecessor Steve LaTourette.

Defending Main Street has spent over $80,000 on in-kind support for Joyce’s reelection. Republican Main Street PAC, a sister organization led by LaTourette, has contributed $10,000 to Joyce’s campaign this cycle.

Joyce was selected for the 14th District seat by local GOP leaders in 2012 because of his ties to LaTourette, who announced his resignation that summer after throwing a fit over fellow Republicans’ resistance to a bloated highway spending bill.

While Joyce runs television ads that describe him as “Ohio conservative Dave Joyce,” LaTourette has made no bones about the fact that his goal is to curb the influence of limited-government Republicans.

Not coincidentally, IUOE and LiUNA are among the chief beneficiaries of the deficit spending Joyce and LaTourette proudly “reach across the aisle” for.

The list of top donors to Joyce’s campaign is littered with labor unions, as well.

It’s no accident that Joyce is backed by some of the nation’s most powerful advocates of bigger government, regardless of how his campaign spins his record.

Since he took office in 2013, Joyce’s votes have earned him ratings in the high 40s to mid 50s – among the lowest of any Republican in the nation — from FreedomWorks, Heritage Action, Club for Growth, and Americans for Prosperity.

Last Thursday, the Ohio Republican Party congratulated Joyce on his endorsement by the Plain Dealer’s conservative-hating editorial board.

The Plain Dealer editors explained that Joyce “recognizes the importance of bipartisanship and compromise – as did his predecessor, Steven LaTourette, who retired from political office in 2012 and is supporting Joyce in this contest."