Big-Tent Libertarianism is Trending: Is Freedom the New Black? 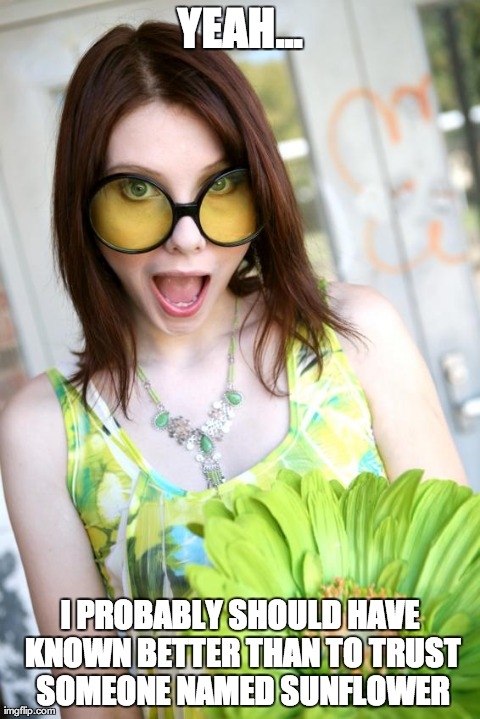 It hasn't always been cool to be freedom-minded. I'm not saying that this is entirely the fault of freedom, but throughout most of my childhood (and well into my adulthood), I can honestly say that liberty hasn't had great PR. After all, I grew up the product of a public school system that encouraged us to harp on our parents until they divided our junk into fifteen separate canisters and cart our garbage to the recycling center instead of utilizing the city services we paid for.  I probably, should have known better than to trust someone named Sunflower.

It was only in college, when I made my mark in the world by registering as an independent and devouring Ayn Rand, that I discovered the liberal brand of "compassion" is bought at the barrel of a gun. This realization of course made my current events and political science professors sprout forehead veins. Their brand of compassion was defined by forcing people to give up much of their hard earned cash under threat of force and prosecution to a bureaucratic government that purports to do good. Oh, and don't forget their compassion means fining people who can't afford to buy a product in the first place. There's not much about it that's peaceful, equal, caring or loving.

The past five years of the Obama Administration have done little to engender much trust in Republicans or Democrats, as they haphazardly waddle through legislative sessions, managing to make government bigger, more intrusive and more dangerous. Little did they know, that all the while, they were slowly converting Americans into people like me.

A new FreedomWorks’ national poll finds that fiscal issues and the role of government take top priority across the GOP voter base, early evidence that political dynamics in 2014 will resemble the 2010 mid-term elections. Big-tent “libertarian” values within the Republican Party and the American voter population at-large are at the highest level in a decade.

Voters on both sides of the political aisle are increasingly skeptical of government power on a wide range of issues, including the United States’ role in international conflicts, NSA surveillance, IRS targeting of conservative nonprofits, Obamacare and the debt ceiling. Forty-one percent of Republican voters hold “libertarian” values, while 61 percent believe the federal government has “too much power” after hearing questions on the NSA, IRS, and Obamacare.

FreedomWorks President Matt Kibbe commented, “We are seeing a realignment of the GOP, and a return to the fiscal policy priorities that fueled the last Republican midterm sweep. It’s 2009 all over again, only this time combined with a growing distrust of an executive branch plagued with scandal. Between the debt, unemployment, Syria, constant budgetary trickery and GOP reluctance to take a bold stance on defunding Obamacare, a perfect storm is brewing for a referendum on the unchecked authority and arrogance of big government in 2014.”

The re-alignment is visible, it's incredible and it's inspiring. People who believe in liberty have begun to find common ground against Establishment leaders, who have dug their feet into their big government ways.

It's not as though government intervention in our lives is anything new, of course. The government has been spying on citizens since J. Edgar Hoover was still in ruffly ankle socks (though, to be fair, that reportedly was much later in his life), and they've been embroiling themselves in nation-building activities for much of the 20th century. The IRS has always been a foil, and the economy has taken steep downturns before; but never really all at the same time.  Add to it, for my generation, the fact that student loan debt is piling up on us as our career outlooks are meager at best and part-time at worst.  Technology has made accessing information for ourselves possible, and with that information comes empowerment.

All of these situations combined are making us more aware of how, on a daily basis, we're at the mercy of a government that sees itself as all-powerful and all-benevolent, but only sees us as tender, helpless children with pockets to raid and telephones to tap.

The best part of the poll is, of course, that it's the most hopeful thing anyone looking to see liberty win in the public square has seen in years.

If the GOP, especially, had any sense, it would take the advice the under 35 crowd is desperately trying to give them: focus on where you can get out of our lives, empower us to make our own decisions, and stop beating the tired old meme that you can't trust anyone who isn't a card-carrying member of a retirement organization.

Breaking Down Political Barriers in the Art World

Something is happening. While the media fixates on the gaudy spectacles of politicians and celebrities, a culture movement is brewing.

0
09/01/2014
FreedomCast - Deception in the Obama Administration and the Growing Libertarian Influence in the GOP
"https:\/\/www.freedomworks.org\/content\/freedomcast-deception-obama-administration-and-growing-libertarian-influence-gop?social=facebook_share"
null
https://fw-d7-freedomworks-org.s3.amazonaws.com/styles/thumbnail/s3/te_social_media_share/fw_default_0.jpg?itok=35IWEBMb
Blog

On today’s edition of the FreedomCast, David Limbaugh joins me to discuss deception in the Obama Administration, the rise of the libertarian influence inside the Republican party, and he asks the question whether or not liberalism ever has to atone for its failures.  Related Links:

On today’s edition of the FreedomCast, United States Senator Mike Lee joins me to talk about his new tax reform proposal, setting a positive agenda for the GOP, and the nation, and how by simplifying the laws it’s easier for you to hold law makers accountable.  Related Links:

Today on the FreedomCast, Matt Kibbe joins me and Brad Jackson to discuss “Libertarian Populism”, why it’s the ethos that actually led to the American Revolution and why just trying to send the right people to DC is a recipe for heartbreak.