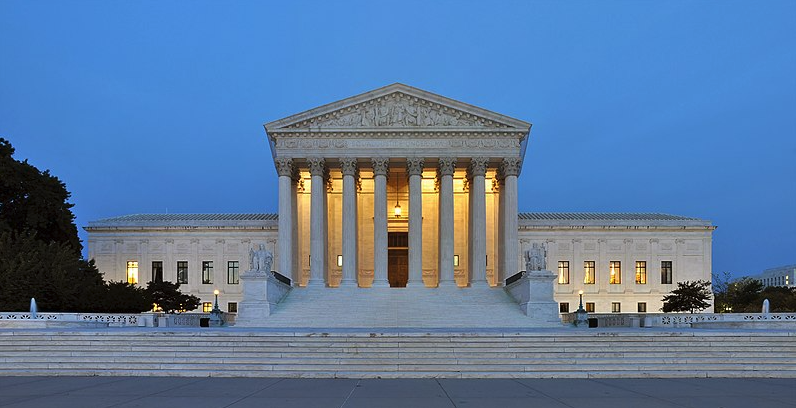 In May 2015, the Montana Legislature passed SB 140, which provided a $150 nonrefundable tax credit to individuals and businesses who contribute to education scholarship organizations -- entities that supply education scholarships to parents and students. The annual limit on the tax credits that could be given was established at $3 million. Parents must use the scholarship at an accredited school.

However, the Montana Department of Revenue, in 2015, issued a rule that prohibited the use of the scholarships at religious schools because of a clause in the Montana Constitution that forbids the state from providing aid to “sectarian schools.” Parents, including Kendra Espinoza, who hoped to send their children to a private school, Stillwater Christian School, were not allowed to use the scholarships that they were given through Big Sky Scholarships because of the rule.

The parents sued and initially won at trial. The Montana Supreme Court, in December 2018, reversed the trial court’s decision and invalidated the tax credit on the grounds that it violated the state constitution. Espinoza and other parents appealed to the Supreme Court.

The question that the Supreme Court considered in Espinoza was specific to whether the provision of the Montana Constitution prohibiting aid to religious school was in conflict with the Free Exercise Clause of the First Amendment (“Congress shall make no law...prohibiting the free exercise [of religion]”). The Free Exercise Clause has been incorporated against the states through the Due Process Clause of the Fourteenth Amendment in Cantwell v. Connecticut (1940) and recently reaffirmed in Trinity Lutheran Church of Columbia, Inc. v. Comer (2017).

Writing for the majority, Chief Justice John Roberts explained, “Drawing on ‘enduring American tradition,’ we have long recognized the rights of parents to direct ‘the religious upbringing’ of their children. Many parents exercise that right by sending their children to religious schools, a choice protected by the Constitution. But the no-aid provision [of the Montana Constitution] penalizes that decision by cutting families off from otherwise available benefits if they choose a religious private school rather than a secular one, and for no other reason.“

“The [Montana Department of Revenue] argues that, at the end of the day, there is no free exercise violation here because the Montana Supreme Court ultimately eliminated the scholarship program altogether,” wrote Roberts. “According to the Department, now that there is no program, religious schools and adherents cannot complain that they are excluded from any generally available benefit.”

“The descriptions are not accurate. The Montana Legislature created the scholarship program; the Legislature never chose to end it, for policy or other reasons. The program was eliminated by a court, and not based on some innocuous principle of state law,” Roberts explained. “Rather, the Montana Supreme Court invalidated the program pursuant to a state law provision that expressly discriminates on the basis of religious status. The Court applied that provision to hold that religious schools were barred from participating in the program. Then, seeing no other ‘mechanism’ to make absolutely sure that religious schools received no aid, the court chose to invalidate the entire program.”

The Chief Justice added that the Montana Supreme Court “invalidated the program pursuant to a state law provision that expressly discriminates on the basis of religious status.” Roberts was joined by Justices Samuel Alito, Neil Gorsuch, Brett Kavanagh, and Clarence Thomas. Thomas filed a concurring opinion, in which he “explain[s] how this Court’s interpretation of the Establishment Clause continues to hamper free exercise rights.” Gorsuch joined Thomas’s concurrence and filed his own. Alito also filed a concurring opinion.

“Montana’s Supreme Court disregarded these foundational principles. Effectively, the court told the state legislature and parents of Montana like Ms. Espinoza: You can have school choice, but if anyone dares to choose to send a child to an accredited religious school, the program will be shuttered,” wrote Gorsuch. “That condition on a public benefit discriminates against the free exercise of religion. Calling it discrimination on the basis of religious status or religious activity makes no difference: It is unconstitutional all the same.”

It’s clear that Espinoza is a significant victory for school choice advocates and religious liberty. It may also help pave the way for some type of legislative action in the states that have similar clauses to Montana’s in their state constitutions.