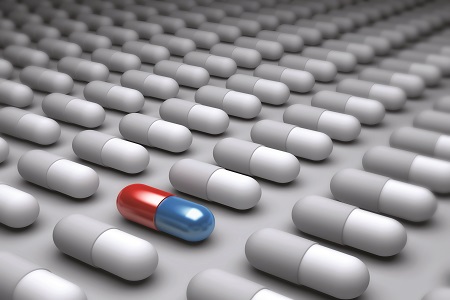 Currently, pharmaceutical companies hamper the introduction of biosimilar drugs into the market by exploiting poorly written Risk Evaluation and Mitigation Strategies (REMS) requirements. Biosimilars are drugs identical in function to existing FDA-approved biologic drugs, which are made from living cells and proteins. While this distinction sounds like the difference between brand-name and generic drugs, it is more complex. Biosimilars are often produced by different cells than the original biologic drug, even though they perform the same function, while the active ingredients in generic drugs are completely identical. As mandated by the Affordable Care Act, biosimilars must undergo the same REMS process as other drugs, a requirement which patent holding producers exploit to block competition.

Existing producers also make FDA approval hard for competitors in general. To earn approval, an applicant must demonstrate that a generic or biosimilar drug mirrors the properties and substance of its existing counterpart. This requires obtaining samples of the existing drugs, which existing producers often refuse to provide. It is important to note that this happens after patents of original producers expire, quashing competition for indefinite periods.

The CREATES Act solution to this problem would lower prescription drug costs and increase competition by expediting approval for new biosimilars. This goal would be accomplished by enabling applicants to seek drug samples through injunctive relief in federal court if faced with unnecessary delays. Existing producers will be less likely to refuse samples if it involves costly legal battles. This approach is backed by an FDA study that demonstrates a significant reduction in drug prices as total competitors increase, including a massive 42% price reduction when a second competitor enters the market. The bill would also reduce the federal deficit by saving an estimated $2 billion in Medicare expenses.

Biosimilars reduced drug costs in the European Union by an estimated 15-20%, with some individual biosimilars reducing prices by up to 50%. Savings would likely be higher in the United States given its lack of price controls relative to the European market. The Congressional Budget Office estimates an aggregate 40% cost savings if biosimilars hit the market without restriction.

The CREATES act could not come at a better time. Prescription drug costs are skyrocketing faster than ever, rising 20% between 2013 and 2015. This rate outpaced total healthcare spending growth, which rose by 11% during the same period. Solutions that reduce rather than subsidize costs lack in Congress’s current healthcare debate. The CREATES Act is a step in the right direction for making healthcare more affordable.