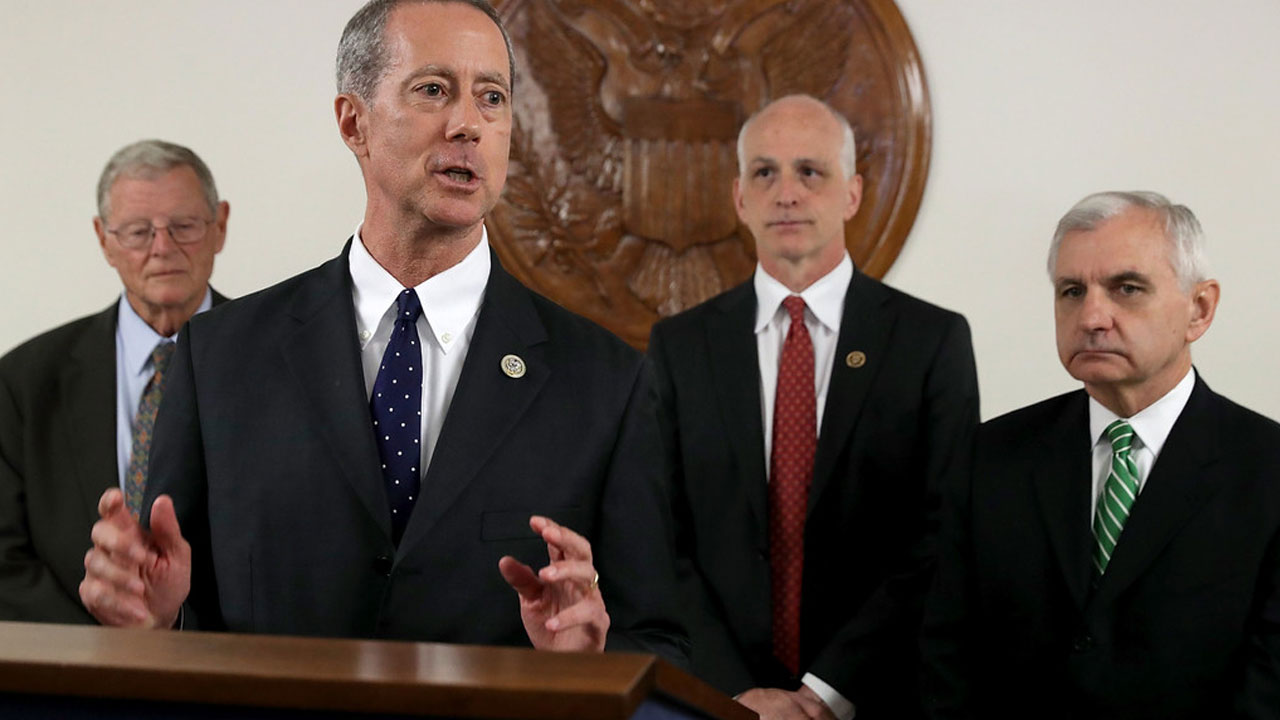 The Chairman of the Federal Communications Commission (FCC), Ajit Pai, has learned this lesson time and time again. He learned this when he pushed his Restoring Internet Freedom Order to place the Internet back under a “light touch” regulatory framework. He endured smears of his character and threats against his family while the D.C. policy establishment fanned the flames with false or misleading rhetoric.

While perhaps to a lesser extent, the establishment is lining up against Chairman Pai’s efforts to limit the size and scope of government yet again. This time it comes as he is trying to free up the airwaves to develop the next generation of technology to better compete globally. This latest order comes at the end of a years-long process meant to carefully protect existing infrastructure while still ensuring that Ligado -- the applicant to build out -- has all the tools it needs to succeed.

The FCC has already faced fire from the Department of Defense (DoD), military contractors, and the airline industry. They are falsely claiming that the development of fifth-generation (5G) technology will harm their ability to conduct aircraft navigation. This follows other claims lobbed against Chairman Pai that his policies would make road travel unsafe or even make it impossible to predict the weather. All have been thoroughly debunked. This is unsurprising considering how much spectrum the DoD has tried to hoard over the years.

The latest front comes from a bipartisan, bicameral congressional contingent echoing the false claims of the military-industrial complex. Their argument is pure fear-mongering and conjures up images about how vital global positioning systems (GPS) are to our economy, without actually trying to prove that Ligado’s use of spectrum would harm it.

These congressional spin-doctors also claim that the Justice Department is opposed to the FCC’s actions in this matter. That is incredibly misleading. Attorney General Barr, as well as Secretary of State Mike Pompeo, have offered their support and congratulations to Chairman Pai for this order. Barr and Pompeo are hardly people you could consider ignorant of the needs and concerns of our military community.

The criticism being leveled at Chairman Pai is not born of genuine concern over policy and the wellbeing of our nation. They are born out of concern for the entrenched power of established bureaucrats and to maintain the status quo. The status quo, however, threatens to put us behind the 8-ball when it comes to competing with China to be the global leader in the race to 5G.

It is never easy to challenge the establishment, but thankfully people like Chairman Pai are out there doing it. Sadly, the disingenuous attacks don’t appear to be stopping any time soon. In the meantime, it is important to call them out for what they are: Lies. Freeing up spectrum for private use will create better technology and more innovative services for the American people. Instead of pushing back against this decision, it should be celebrated.

This blog is more garbage.

What expertise does the State Department have in the communications or GPS fields? Seems they are most famous for their lack of security in their communications while Hillary Cliinton served as SoS.

Letter sent to the FCC on April 10, 2020, details the objections of DoD to the Ligado proposal. A memo contained therein, dated Feb 12, 2020, endorses and supports the DoD and is signed by Mr Quan Vu, Department of Justice. The "ntia_letter_to_fcc_chairman_re_ligado_applications_4.10.20 pdf on the nta.doc government website contains more detailed info.

Think the reported $1.3+ million spent by Ligado on lobbying influenced Mr Barr's remarks or is it more likely leftover bias from his days as an executive vice president of Verizon?

Chairman Pai isn't challenging the establishment; he *is* the establishment. Before this job he was a lawyer with Verizon. Now he's making deals that make big bucks for the telecom industry at the expense of ordinary Americans. That's cronyism. Ajit Pai is the Deep State, pretending to work for us but secretly in the pocket of others. And we've known it for years. I will never forgive him for selling out on Network Neutrality.

Can you please stick to stories about the quarantine instead of these press releases for Ajit Pai?