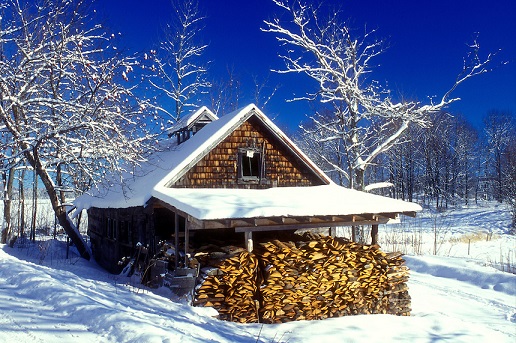 It gets cold up here.

The progressive elite war against coal energy producers is playing out like a chapter in Ayn Rand’s Atlas Shrugged. In a case of delicious irony, the liberal New England region is getting slammed for its lack of energy diversity.

New England’s energy mess stems from its overreliance on natural gas and an insufficient transportation network to carry the fuel. Just like the Aristotelian axiom of A=A, liberals are now learning they are not immune to the law of supply and demand.

The loss of coal-fired power, long urged by local activists, has greatly contributed to the region’s energy imbalance.

Since the turn of the century, the use of coal dropped significantly in New England while the use of natural gas rose dramatically. An article from Scientific American noted in 2012 that coal provided 3 percent of the region’s power down from 18 percent, while over the same time period natural gas use exploded from 15 percent to 52 percent.

But in a case of classic central planning failure, the region did not build a pipeline infrastructure to meet the surge in demand.

Predictably, the exceptionally cold winter is exposing New England’s energy vulnerabilities. The cold temperatures have caused a surge in demand for natural gas causing an unusually large rundown in national inventories and a sharp spike in natural gas prices.

While higher, more volatile commodity prices pose a risk, New England’s major problem is the lack of a pipeline capacity to meet the region’s thirst for natural gas.

The unusually large demand for heating New England homes has diverted the constrained natural gas supply away from electricity generation and industrial use, resulting in exploding costs.

Those suffering the most are the companies that buy electricity on an as needed basis – that is, on the spot market. For Boston, from November 1 to mid-January, companies buying electric power are paying on average 70 percent more for power than they were a year ago, at a rate of almost $97 per megawatt-hour. Daily prices have gone as high as $222 a megawatt-hour.

The soaring energy prices are hitting paper mills in New England very hard. For example, in early January, Gorham Paper and Tissue in New Hampshire was forced to reduce its production and lay off workers because of high natural gas costs.

Similarly, Great Northern Paper in East Millinocket, Maine is temporarily laying off about 200 workers and halting paper production for about four months in part because of high energy prices.

Bigger customers such as utilities buy most of their natural gas on a long-term basis through futures contracts, and are protected from these spikes unless they bet wrong and did not buy enough natural gas to cover demand. Accordingly, retail customers will be insulated from huge utility bills in the short-term.

A recent energy auction for future power in 2017 and 2018 conducted by ISO New England – the region’s power grid operator – fell short of its target by 155 megawatts. One megawatt powers about 1000 homes.

The reduction in available power for New England will be devastating to the integrity of the power grid. This year, the region narrowly averted a power crisis because the grid operator asked a utility to boost energy supply by burning jet-fuel powered turbines.

Obama’s war on coal is accelerating New England’s energy crisis. The Brayton Point coal-fired power plant in Somerset, Massachusetts is closing in 2017 over objections from ISO New England, which wanted the plant to remain open because of its importance to the power grid.

Increasing compliance costs from EPA regulations were a major reason for the decision to close the facility. The power plant owners did not want to spend the “significant capital to meet environmental regulations and to operate and maintain an aging plant.”

Facing an energy shortage, governors in the region are planning on supporting construction of new natural gas pipelines but that effort will take time and meet resistance from residents that don’t want the fuel running through neighborhoods.

In the meantime, with skyrocketing energy costs and future blackouts on the horizon New England will provide the nation with a stellar example of the social and economic consequences of progressive policies divorced from real world realities.

Tom
It looks like nobody paid attention to CA of a few years back. They regulated selling price but forced utilities to buy on spot market!