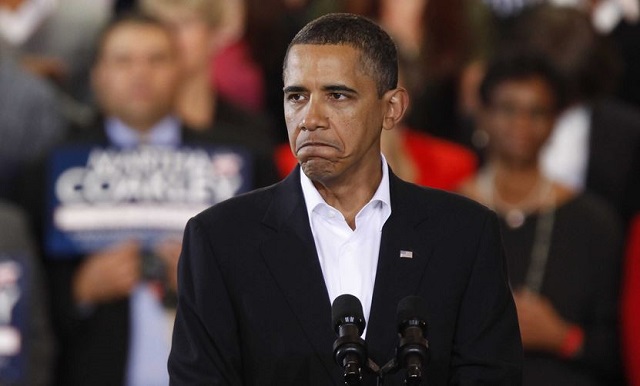 Despite claims from officials in Colorado that their exchange would be "easily sustainable" without the need for new fees, nearly a million Coloradans could be responsible for a $13 million fee, and the exchange may still not be viable beyond this year.

Earlier this year, lawmakers were told that Colorado's health exchange was "on track to be self-sustaining by next year" without a need for high fees. Last week, that tune had changed drastically. After spending at least $100 million in federal funds, officials were now "scrambling to figure out how to sustain itself beyond this year."

Worse, fees had already been introduced a month prior.

Via the Denver Business Journal:

A $13 million fee on all Coloradans with health insurance would pay half the operating costs at the state health exchange next year and in 2016 under new financial projections. The proposed fee would affect at least 875,000 people and includes Coloradans who get their insurance through their employers or outside the exchange, known as Connect for Health Colorado.

At the same time, those who enrolled within the state exchange are subject to two fees - a user fee of 1.4% projected to double by 2017, as well as a vague fee referred to as a "general market health insurer assessment."

In a state that President Obama won twice, his handling of health care reform has led to a 59% unfavorable rating, and could spell trouble for an important in-state Senate race now classified as a dead heat.

The President's home state is faring no better, as state officials are seeking to raise taxes to keep the exchange afloat. Citing "anemic enrollment" numbers and a lack of interest among small-business owners, the director of Hawaii's health exchange complained that they would not "have enough money to pay its bills."

This, despite a 2% fee on every plan sold through the exchange, and the suggestion to add another tax to each plan called a "sustainability fee." Other fees which were not ruled out included "assessments or user fees to participating health and dental carriers," advertising fees on the website, and/or "selling or leasing its information technology services."

None of these proposals appear destined to keep Hawaii's exchange afloat. A chief executive for the state's largest health insurer is calling for the exchange to be scrapped because it "is financially unsustainable and does not work." Michael Gold explained that forging ahead would cost the public too much, either through fees or taxes.

Enrollment numbers in the District of Columbia, or the lack thereof, could lead to higher premiums for everyone with health insurance. The Wall Street Journal reported last week that the city council passed a new tax to help fund their Obamacare exchange.

The plan, submitted by the city’s DC Health Link insurance exchange, gives the city the power to tax all health-insurance carriers inside the district for exchange funding. The council opted for taxing all carriers, not just those selling in the exchange, to make the levy lower, according to a copy of the approved resolution.

Taxes will be levied on health-related policies as well, including disability, dental, vision, long-term care, etc. Prior to the city council's vote, insurers warned that the new tax would result in higher premiums.

Oregon's health exchange, Cover Oregon, has been epic in it's failure as a perceived national leader in health care overhaul. Oregon had been given $305 million in federal grants to fund its health care program, with $248 million having been spent by March. Last year, Cover Oregon announced a multi-million dollar ad campaign to introduce the public to the state exchange. The effort was scrapped because the state had never developed a functioning website.

The Oregon board overseeing the state’s deeply flawed health insurance exchange unanimously approved on Friday the Obama administration’s plan to take over the marketplace, making Oregon the first state to drop its enrollment website for HealthCare.gov.

The takeover by the federal exchange will likely lead to an increase in premium rates. Cover Oregon had been financed by a 2.5% premium tax on insurers, while the federal Obamacare exchange charges insurers at a rate of 3.5%.

Oregon may have blazed the trail for Obamacare exchange failures, but Massachusetts wasn't far behind ditching their exchange, a move that would cost an extra $121 million beyond the $174 million in federal funds that went to the state.

The Massachusetts exchange crashed in October, driving them to develop a partial-paper application approach and ultimately drive their director to tears as the struggles continued.

Maryland also scrapped their failed Obamacare exchange, a move estimated to cost anywhere between $40 and $50 million.

Via the Wall Street Journal:

The federal government will need to approve Maryland’s plans. It is estimated to cost between $40 and $50 million to replace the website. The board of Maryland’s health benefit exchange voted to authorize the board’s chairman to finalize a contract with Deloitte.

Colorado's Obamacare exchange will cost nearly one million customers a $13 million fee, while those enrolled through the state exchange will be subject to two fees, one of which is set to double by 2017. The remaining states have been a source of frustrating failure to the tune of millions of dollars. A new report calculates the losses for dismantled exchanges and those on the verge: Maryland - $171 million, Massachusetts - $179 million, Oregon - $305 million, and Hawaii - $205 million.

House Minority Leader Nancy Pelosi has encouraged her fellow Democrats to "embrace the Affordable Care Act." They'd be wise to avoid it in the coming mid-term elections. Obamacare's failures have some Democrat states losing a lot of green, operating in the red, or just flat-out singing the blues.

There seems to be two ways states could defund obamacare. The easy way or the hard way. It's not like we didn't warn them. We did, several times