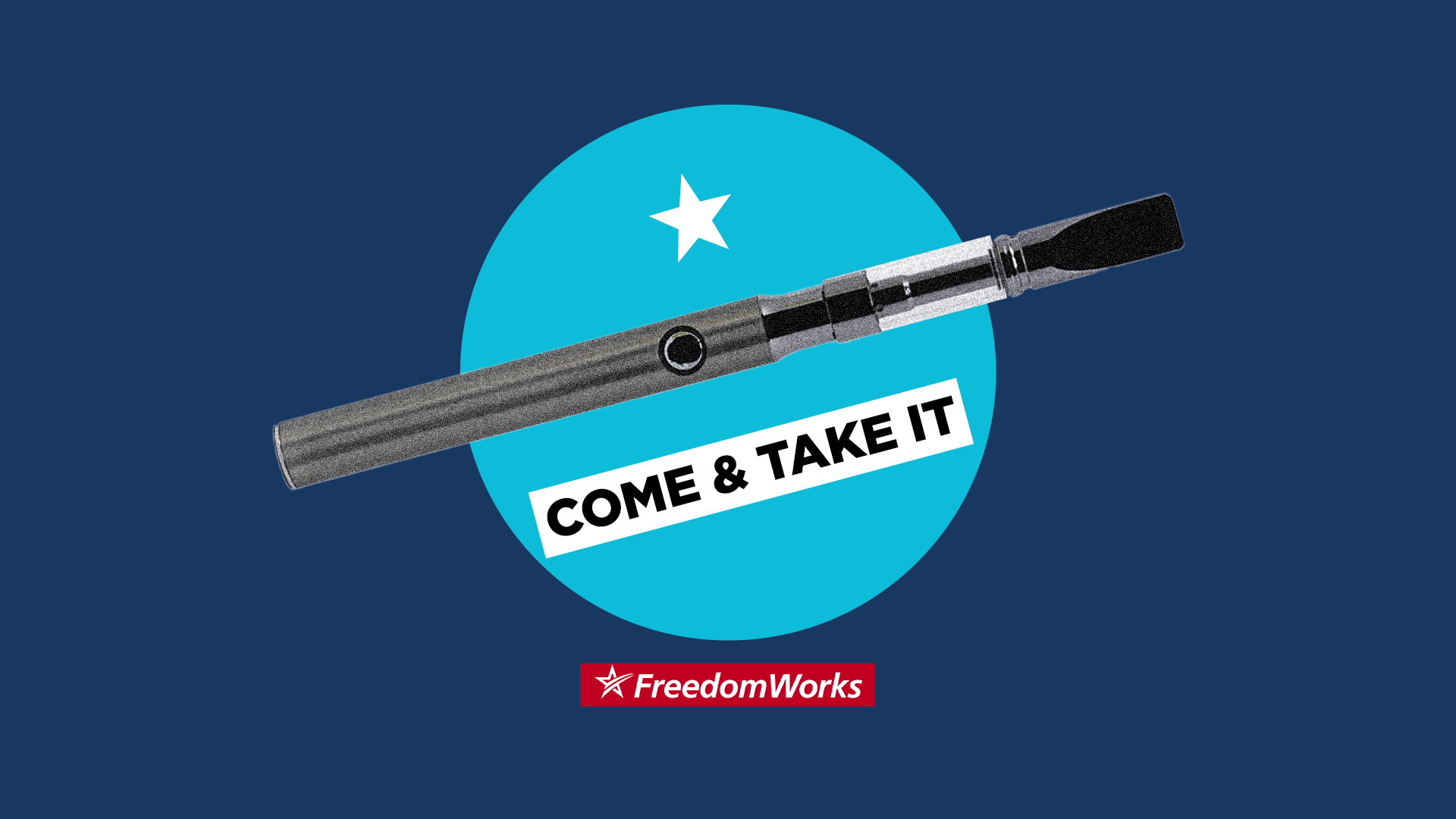 Democrats are racing to the finish line to pass their reckless partisan $3.5 trillion socialist spending bill. The bill has been debated behind closed doors for months as Democrats keep the public in the dark for as long as possible. And while President Biden’s approval rating hovers just above 40% in an economy that is struggling to grow, Democrats are determined to push their agenda, no matter the cost.

To pay for these completely ridiculous and outrageous programs, Democrats need to find money somewhere. How about breaking a campaign promise? Despite repeatedly promising not to raise taxes on anyone making under $400,000 a year, the brand new federal tax on vaping products does just that. And to make matters worse, the vaping tax would undercut the public health goal of getting smokers to quit by making vapes much more expensive.

With this brand-new federal tax on cigarettes and vaping products, President Biden and Democrats are breaking one of their most important campaign promises. That campaign promise was not solely tied to income, it was a blanket promise that no one making under $400,000 would see any tax increases. According to the Center for Disease Control (CDC), there are higher rates of smoking with individuals below the poverty line and in lower socio-economic statuses than the general population. Therefore, this new tax will in fact raise taxes on those making less than $400,000.

In 2019, the CDC reported there were 50 million tobacco users in the United States, and 80% of respondents said they used combustible products like cigarettes. The government has a real opportunity to incentivize cigarette users to move to a safer product like e-cigarettes or vaping. However, this bill treats all users exactly the same. Other studies have concluded that a tax on vaping products will lead to an increase in youth and adult tobacco use.

The flurry of new tobacco taxes in this bill are estimated to provide almost $100 billion in revenue. But, besides the fact the Democrats are taxing the lowest earning individuals in the United States to pay for their reckless spending programs, the tax base is not a reliable one because smoking is declining in the United States. Moreover, tobacco taxes can become so burdensome that a black market is created, which is already the case in states with high tobacco excise taxes.

The Democrats’ proposal to create a federal tax on vaping products should be defeated. It undercuts public health policy by treating vaping products just like cigarettes, it will not generate the revenue Democrats claim it will, and it breaks President Biden’s core campaign promise to not raise taxes on anyone making less than $400,000.

WASHINGTON, D.C. -- In response to the recent study conducted in Britain that showed that e-cigarettes are nearly twice as effective as other measures for quitting smoking, Patrick Hedger, FreedomWorks Foundation’s Director of Policy, commented:

WASHINGTON, D.C. -- In response to FDA Commissioner Gottlieb’s recent decision to restrict sales of electronic nicotine delivery systems (ENDS), FreedomWorks Foundation has today issued a letter of disapproval on behalf of its nationwide grassroots activist community. The text of the letter can be found below.

WASHINGTON, D.C. -- In response to the proposal by prominent Democrats to repeal the Tax Cuts and Jobs Act and replace it with increased government transfer payments, Adam Brandon, FreedomWorks President, commented: