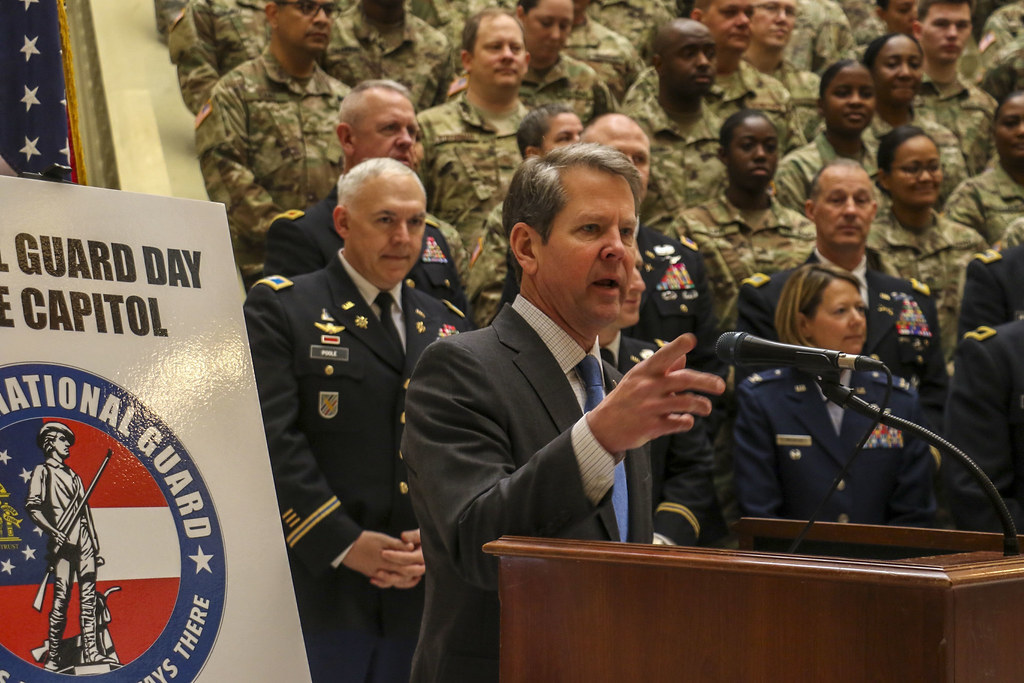 I grew up in Metro Atlanta. I still make my home here and have been sheltered in place, with the exception of a few trips to the grocery store and Home Depot, since March 6. Three of my immediate family members have health conditions that leave them vulnerable to COVID-19. Although I’ve been very critical of Kemp in some policy areas, such as his reluctance toward criminal justice reform, he has struck the right tone with his approach to COVID-19, including his decision to allow businesses that want to re-open begin to take steps toward doing so.

Kemp issued a statewide shelter-in-place order on Thursday, April 2. It took effect the following day at 6:00 pm and was initially supposed to be in place through April 13. At the time, Georgia had 9,674 confirmed cases of COVID-19 and 358 deaths, according to data compiled by the Georgia Department of Public Health. Before Kemp’s statewide order, many Georgia counties and municipalities had already approved shelter-in-place ordinances.

The state had already seen an unusual hot spot in Dougherty County, which has a population of more than 91,000 people. Located in the southwestern part of the state, relatively close to the Alabama and Florida state lines, Dougherty County is far from the Metro Atlanta area. Two funerals in late February and early March are thought to be linked to this particular hot spot. As of Sunday, Dougherty County has the fourth-highest number of cases in the state and the highest number of deaths caused by COVID-19, representing, as of Sunday, 108 of the 916 deaths in Georgia.

There’s also the unseen impact, which the depression that many feel from being stuck essentially in isolation or losing their job, as well as how they may cope with that depression, be it alcohol and drug use or other coping mechanisms and unhealthy behavior. The City of Brookhaven, located in Metro Atlanta, has seen an increase in suicides and domestic abuse. The City of Moultrie, in South Georgia, has also seen an increase in suicides.

The toll of disruptions related to COVID-19 isn’t limited to the workforce and mental health. The Georgia General Assembly had already approved $159 million in budget cuts for the FY 2020 cycle, which ends on June 30, because revenue collections had slowed. The economic disruptions caused by COVID-19 means more budget cuts will follow for FY 2020 and, possibly, even deeper cuts in FY 2021, which begins on July 1. Like many other states, Georgia is constitutionally required to have a balanced budget. The state does have a “rainy day fund” of $2.7 billion, but that saved money could go quickly.

Kemp’s executive action to begin re-opening Georgia’s economy is not a mandate. As in other states, grocery stores, home improvement stores, and other businesses remained open for business throughout the shelter-in-place order. Of course, social distancing measures were put in place at many of these locations, including limits on the number of individuals who could be in the store and requiring six feet of distance at checkout. Even businesses and other establishments not deemed critical were subject to a number of measures to ensure safety, such as temperature checks, prohibiting gatherings of workers, and sending workers home when they show any signs of illness.

The executive action that gives businesses not deemed critical the option to re-open includes a similar number of safety measures. Although restaurants may re-open, they won’t be operating a maximum capacity. The safety measures they must take are even more stringent than those for other businesses. Anyone who lives in Georgia and is on a mailing list for any business, as this author is, knows that businesses are being cautious in their approach to re-opening. It’s not “business-as-usual.”

Just as the executive action to re-open the economy took steps to require the safety of employees and consumers, it also included a continued shelter-in-place order for vulnerable populations, such as individuals 65 years of age and older and those who suffer from a chronic lung disease, heart disease, a compromised immune system, diabetes, liver disease, as well as several other health conditions.

There are far too many who have criticized the steps Kemp has taken. The criticism is mind-boggling. Yes, we must do what we can to protect the most vulnerable among us from COVID-19. However, doing so requires finding a balance that allows business owners to pick up the pieces, employees to begin returning to work, and people to leave their homes for more than only essential trips. After all, the economy can’t stay shut down indefinitely.

Kemp did the right thing. He knows that people are hurting, and he knows that keeping onerous measures in place will only exacerbate the situation. Precautions must be taken, but Kemp is giving the citizens of Georgia a choice to re-open their businesses and to engage in commerce. He should be applauded for leading the way on re-opening the economy.